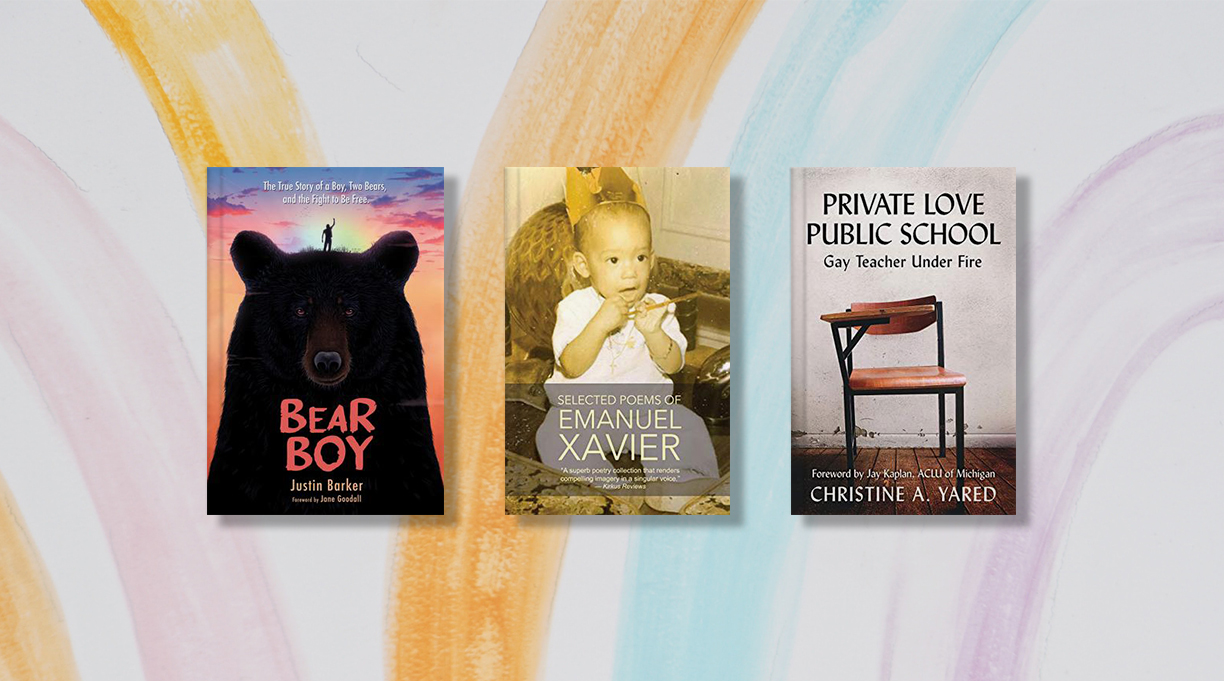 Illustration by Kirkus; background by by Alexandra Lammerink on Unsplash

Being LGBTQ+ often involves some measure of activism, whether one’s chosen or been forced into the fight. These recommended works of nonfiction and poetry document the lives of three queer men who advocated for their own and others’ rights and visibility, often with the help of their communities and straight allies.

In Justin Barker’s debut memoir, Bear Boy, which includes a foreword by Jane Goodall, he recounts being a lonely, queer teenager in Sacramento and working with local animal rights organizations to improve animal habitats in the Sacramento Zoo. When Barker learned about two black bears named Brutus and Ursula living in appalling conditions in Roseville, California, he launched a national media blitz to raise $250,000 to relocate them. Our reviewer says, “Barker’s casual writing style establishes an easy flow to a narrative that spans years; along the way, it presents detailed snapshots of specific animals’ plights and moments in the author’s personal life, resulting in an unpredictable and original work.”

Christine Yared’s Private Love, Public School chronicles teacher Gerry Crane’s fight to keep his job at a public high school that tried to fire him for being gay in the 1990s. “In presenting Crane’s inspiring story, the author skillfully depicts the culture of a time when personal protests and supportive communities joined forces against discrimination, paving the way for activists to earn more rights for LGBTQ+ citizens everywhere,” says our reviewer. “An important and touching account of a community’s struggles against LGBTQ+ discrimination.”

In the Selected Poems of Emanuel Xavier, Xavier—a regular at Manhattan’s Nuyorican Poets Cafe and a star of Russell Simmons Presents Def Poetry on HBO—writes about being gay and Latino in New York. His poems “infuse searing social and political commentary into achingly personal reflections,” says our reviewer. “A superb poetry collection that renders compelling imagery in a singular voice.”