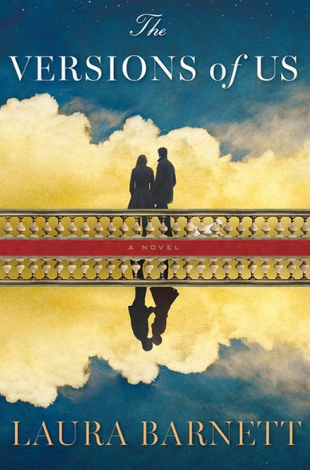 The Fox Was Ever the Hunter

Adina, a young schoolteacher, returns home to find the tail of her fox-fur rug has been lopped off. Then a leg is detached, and another. It is a sign she is being tracked by the Romanian secret police. Suspicion centers on her closest circle of friends, and heart-pounding fear penetrates her home. As with her extraordinary novel The Hunger Angel, Nobel Prize winner Herta Müller’s power is in the poetic observation she applies to the mundaneness and all-pervasiveness of fear in a life lived under a cruel regime. Set in the last months of the Ceaușescu regime, The Fox Was Ever the Hunter was published in German just three years after the dictator and his wife were executed on Christmas Day 1989. It is only now appearing in English. The Fox Was Ever the Hunter received a starred review in the March 1, 2016, issue.

The Noise of Time


A Pravda editorial in 1936 accuses the composer Dmitri Shostakovich of creating “muddle instead of music” in Lady Macbeth of Mtensk. Terrified, he waits in the hallway of his apartment block night after night for interrogators to take him away, but they never come. Julian Barnes explores Shostakovich’s inner struggles as he suffers personal humiliations and scores musical victories in his quest for acceptance and recognition in Stalin’s Soviet Union. For the Telegraph, this slender novel is evidence that, at 70, Barnes has plenty more to offer; for the Independent, it was a disappointment after his Man Booker Prize winner, The Sense of an Ending. The Noise of Time was reviewed in the March 1, 2016, issue.

“This is my whole life.” With these words, Charlotte Salomon entrusted her autobiographical art to her doctor, aware that her life was in danger. Pregnant, she was gassed at Auschwitz in 1943, a terrible end to a tragic life haunted by the suicides of family members. Salomon’s art survived and was exhibited at London’s Royal Academy in 1998. Has Foenkinos added anything to her legacy with this book, written in a kind of free verse of simple one-line sentences? He has certainly increased her public—his book sold 600,000 copies in France. French reviewers were kinder than German critics, who suggested he would have been better leaving Charlotte’s own astonishing narrative to stand. The Süddeutsche Zeitung dismissed the book as kitsch and accused Foenkinos of arrogance in trying to present Charlotte as his personal discovery. Charlotte is reviewed in this issue.

The Versions of Us
Barnett, Laura

Cycling through Cambridge as a student, Eva swerves on her bike to avoid a dog. In Version 1, her tire is punctured on a rusty nail and a passing fellow student, Jim, rushes to her rescue. In the second, she cycles straight on and doesn’t meet Jim until much later. In the third, she gets together with Jim, but their relationship goes awry when she discovers she is pregnant by her previous boyfriend. From this starting point, Eva’s life takes three different paths—she has different marriages, children, and careers—yet the bond with Jim is a constant. The three strands can get confusing but it’s worth persevering—Barnett’s debut novel, a Sunday Times No. 1 bestseller in the U.K., is a clever and satisfying read. The Versions of Us was reviewed in the March 1, 2016, issue.

Catherine Hickley is a Berlin-based arts journalist. Her first book, The Munich Art Hoard: Hitler’s Dealer and His Secret Legacy, was published by Thames & Hudson (except in North America) in September.