Forgive My Cheatin’ Heart: Time to Reconnect with Old Reliables 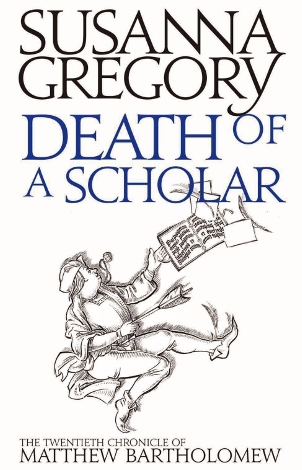 It was the recent death of P.D. James, at 94, that woke me up to my literary fickleness.

In part because British “Queen of Crime” Phyllis Dorothy James wasn’t especially prolific during her half-century as a mystery fictionist, publishing only 19 novels, for a long time I was able to keep up quite nicely with her output. The first James tale I recall reading was Death of an Expert Witness (1977), her sixth to feature the introspective, poetry-penning Scotland Yard detective Adam Dalgliesh. This would have been in the 1980s, at the same time as a score of younger, American scribblers with far “hipper” sleuths—Robert B. Parker, Sara Paretsky, Roger L. Simon, Arthur Lyons and Sue Grafton among them—were getting started, hoping to revive the crime and mystery genre for a new generation. Although I enjoyed the escapades of Parker’s Spenser, Paretsky’s V.I. Warshawski, and their snooping ilk, I also found delight in James’ rather more traditional but far from stodgy stories. They offered psychological and emotional depth, and James rendered the details and consequences of felonious transgressions more convincingly than did the Golden Age writers of the 1930s and ’40s with whom she was so often linked, such as Agatha Christie, Dorothy L. Sayers and Ngaio Marsh.

“That kind of crime writing was dull,” James once said of classic-style whodunits, “in the sense that it was unrealistic, prettifying, and romanticizing murder, but having little to do with real blood-and-guts tragedy. One simply cannot take these as realistic books about murder, about the horror of murder, the tragedy of murder, the harm that murder does.”

And so, enthralled by James’ portrayals of homicide both deliberate and reckless, I vaulted from Death of an Expert Witness to Original Sin (1994) to Death in Holy Orders (2001), and then went back to sample the yarns printed before and in between those. However, the last James novel I read (or rather, listened to in audio book format) was 2005’s The Lighthouse. I never did pick up a copy of her final Dalgliesh outing, The Private Patient (2008). Nor did I dip into her two books about young private detective Cordelia Gray (An Unsuitable Job for a Woman and The Skull Beneath the Skin) or her 2011 Jane Austen tribute, Death Comes to Pemberley.

At some indeterminable point in the past I simply stopped paying close attention to P.D. James, and my interest shifted instead to works by her rapidly growing throng of ambitious, later-debuting rivals. This, I’ve come to realize, is a pattern for me—and maybe not a constructive one; certainly not one that’s exclusively mine. While there are numerous fans of this genre who find three or four writers they appreciate (James Patterson, say, or Patricia Cornwell and Lee Child, maybe also John Sandford and Faye Kellerman), and they are completely satisfied to keep current with those authors’ oeuvres for as long as they continue to turn out books, I find my hunger for any particular novelist waning over time. With some I may continue to collect their books, but never find occasions to read them; others I drop abruptly, unconsciously convinced that they have already entertained or enlightened me to the full extent they can.

When was the last time, for instance, that I savored an Anne Perry novel? I used to find pleasure in her mysteries featuring William Monk, the arrogant but brilliant Victorian-era detective who lost the majority of his memories to a coach accident during his first adventure, The Face of a Stranger (1990). But somewhere around the time A Breach of Promise was released in 1998, I began to feel as if I’d read enough about the inquiries he conducted with help from outspoken nurse Hester Latterly and barrister Sir Oliver Rathbone, and by the time Monk became a superintendent with the Thames River police, in Dark Assassin (2006), I had moved on to other wordsmiths.

The same goes for Susanna Gregory (the pseudonym used by academic and former coroner’s officer Elizabeth Cruwys), who since the mid-’90s has been turning out twisty whodunits built around Matthew Bartholomew, a teacher of medicine and investigator of atrocities in 14th-century Cambridge, England. After being won over by the first Bartholomew outing, A Plague on Both Your Houses (1998), I continued to search out her work, with one new series entry each year, until 2006’s The Tarnished Chalice, after which two or three more Gregory books made it onto my shelves without ever being cracked open. And I’ve never once delved into her later, Restoration-era series featuring spy Thomas Chaloner (A Conspiracy of Violence, etc.).

I feel bad, too, about letting Hollywood screenwriter–turned-novelist Robert Crais fall by the wayside. Yes, I was slow to warm up to his early tales about Los Angeles gumshoe Elvis Cole (introduced in The Monkey’s Raincoat, 1987). By the time his Shamus Award–winning third novel, Lullaby Town (1992), hit bookstores, though, I was firmly committed to following smart-ass Cole and his “sociopathic sidekick,” Joe Pike, to the ends of the Earth. I got as far as L.A. Requiem (1999), a captivating, milestone work that walked away with both Edgar and Anthony awards in 2000, and drew many new readers to Crais’ camp, people who stuck with him as he produced stand-alones such as Demolition Angel (2000) and promoted soldier of fortune Pike to the lead in a trio of thrillers, most recently The Sentry (2011). I, on the other hand, must find a quick hideout whenever I see Crais wandering in my vicinity at a crime-fiction convention, to avoid admitting that I haven’t read whatever new novel he’s flogging.

Harlan Coben, Thomas Perry, Dennis Lehane, Ian Rankin, Jeffery Deaver, Robert Goddard, Michael Connelly, Mark Billingham, even Sara Paretsky and Loren D. Estleman (the last of whom I declared in the very first column I wrote for Kirkus, back in 2011, was one of the crime novelists “who almost never disappoint”)—I realize that all of these folks and more have tumbled out of my must-read roster as well.

I really want to blame my literary infidelity on the fact that I critique books professionally. I am therefore compelled to keep up with what’s changing in the genre; and with only so many hours each day to sit and read, it’s natural that I should leave household-name storytellers to coast along on their laurels while I chase after the latest shiny wannabes. I find that excuse more acceptable than conceding that my attention span is not so strong as it once was, and that I cannot keep up with the products of prolific authors. A century ago, when there were fewer novelists and consequently not so many books available, my circumstances would have been different. But with crime fiction now a best-selling genre, the temptations are abundant. And my will is weak.

During last month’s Bouchercon “world mystery convention” in Long Beach, California, several dozen current and mostly well-known crime fictionists on hand for a presentation titled “Bloody Murder: Voices from the Margins” were asked to recommend other less-familiar authors whose work they think deserves wider recognition. Names such as Dennis Tafoya, Margaret Lawrence, Wallace Stroby, Inger Ash Wolfe, and Tom Savage were batted around, eliciting head nods and causing audience members to write furiously if they hoped to record all the suggestions.

But I think it’s also important that readers, like me, who are drawn to experiment with writers fresh to this field, not forget about those others who have already made successes of themselves and continue to enrich the genre. So, although I am congenitally averse to making New Year’s resolutions, I have decided that during 2015 I shall seek to rediscover some long-practicing crime, mystery and thriller novelists. I see, for example, that Susanna Gregory’s 20th Matthew Bartholomew novel, Death of a Scholar, became available in the States not long ago, while Robert Crais’ 16th Elvis Cole/Joe Pike adventure, The Promise, is scheduled to arrive in bookstores come April. Dennis Lehane’s World Gone By, a sequel to 2012’s Live by Night, is due out in March, together with Harlan Coben’s The Stranger. Anne Perry’s 20th William Monk novel, Blood on the Water, saw print this last September, and Loren D. Estleman’s You Know Who Killed Me—his 24th outing for case-hardened Detroit private eye Amos Walker—recently came winging through my mail slot. Then there are those unread P.D. James books….

These next 12 months look to be hectic ones for yours truly. And that’s even before I tally up all the works coming from newer crime writers. More on those next time.