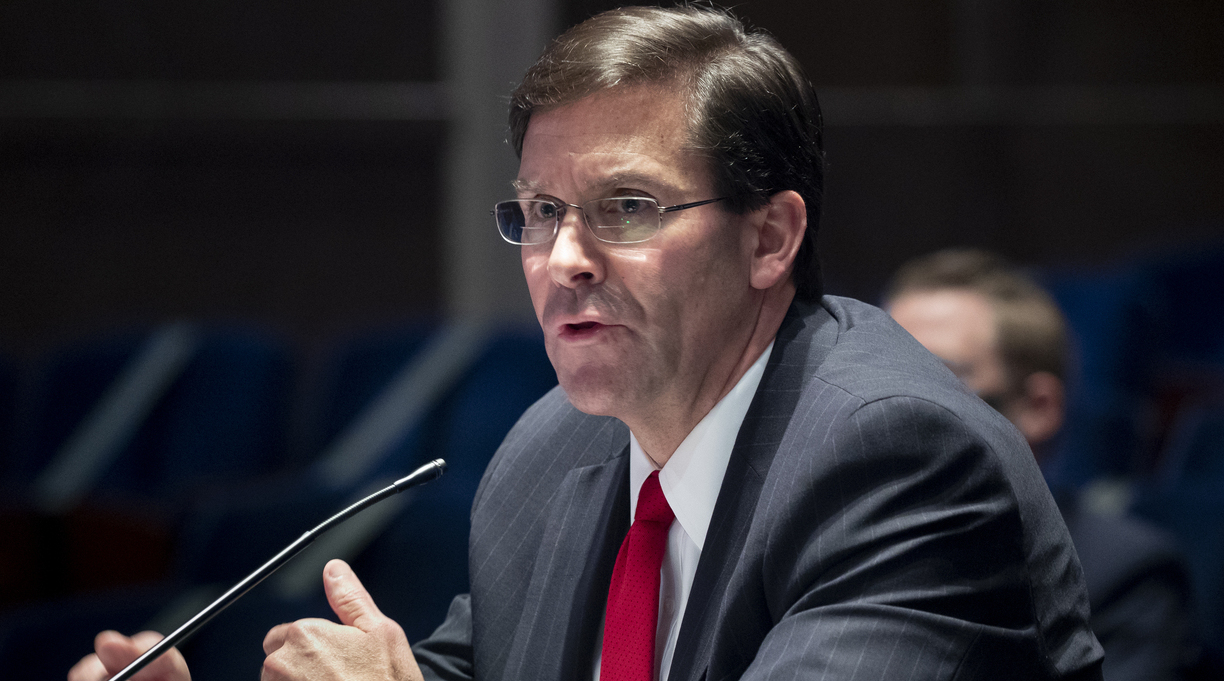 Former Secretary of Defense Mark T. Esper has filed suit against the Pentagon, claiming the department has unfairly demanded he redact significant parts of his upcoming memoir, the New York Times reports.

Esper says that the Department of Defense ordered him to remove “multiple words, sentences and paragraphs from approximately 60 pages” of A Sacred Oath: Memoirs of a Secretary of Defense During Extraordinary Times.

According to CNN, the passages in question include quotes from former President Donald Trump, who appointed Esper to lead the Pentagon in 2019, and fired him last November.

“I am more than disappointed the current administration is infringing on my First Amendment constitutional rights,” Esper said in a statement. “And it is with regret that legal recourse is the only path now available for me to tell my full story to the American people.”

Pentagon spokesperson John F. Kirby said, “We are aware of Mr. Esper’s concerns regarding the pre-publication of his memoir. As with all such reviews, the Department takes seriously its obligation to balance national security with an author’s narrative desire.”

A Sacred Oath, which Morrow describes as an “unvarnished and candid memoir,” is scheduled for publication on May 10, 2022.