Furious Girls in the Dark 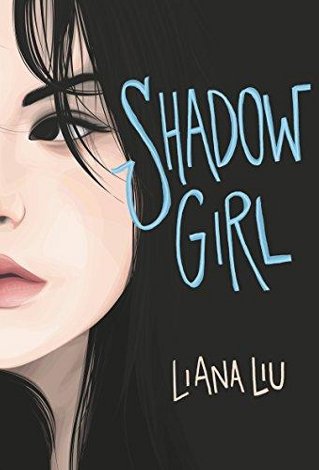 "I can’t wait to meet your daughter.”

“And she’s excited to meet you. It’s too bad she isn’t home now.”

“She isn’t? Where is she?” I smile so that I don’t frown. When we spoke on the phone, I had specifically asked if Ella would be there, and Vanessa Morison had said that she would. I never take on students without meeting them first.

Here’s something I’ve learned from horror movies: If someone is hiring you one as a babysitter/nanny/live-in tutor and they DON’T introduce you to your ward ahead of time, that’s a HUGE red flag. Huge.

In this case, that red flag ends up being more about fractured relationships in the household than about actual, physical danger—Vanessa, our narrator’s employer, doesn’t know about the ghost—but, still.

I’m getting ahead of myself.

I loved Shadow Girl. It’s Gothic horror set in the present day—which is hard enough to pull off, in that even an isolated island setting is going to have internet access for human contact and electricity to brighten dark nights—but Liu takes it a step further and sets it in a beautiful, bright, airy summer home. And even with those factors, she nails the classic Gothic feel and creates an oppressive, suffocating atmosphere. NAILS IT.

In that kind of atmosphere—and narrated by a character who is very much aware of and affected by that atmosphere—even mostly normal-on-the-surface interactions that take place in broad daylight have undercurrents that feel heavy and dangerous and FOREBODING. As in this sentence: Jeffrey smiles, revealing an astounding number of teeth. Or this one: Henry’s face twists into a bitter smile, a smile uglier than any frown.

But again, I’m getting ahead of myself.

Our protagonist—the flap copy and lots of reviews have referred to her as Mei, though she is never named in the text itself, which I took as a nod to Rebecca*—takes a summer job as a live-in academic tutor. She takes it for the high pay and because it means living and working in a beautiful summer home on a beautiful island, away from the constant stress of her own home and her own family.

Unfortunately for her, she realizes too late that she’s traded one kind of stress for another.

She’s prepared for the constant whiplash of being live-in help—treated like a guest one moment and an employee the next—and, as the only person of color in the household and the only poor person in the household, she fully expects to deal with racist and classist comments and behavior, both intended and unintended. What she DOESN’T expect are the unexplained noises in the night, a housekeeper that hates her for no reason—Liu doesn’t go so far as to name her Mrs. Danvers, but she certainly channels her—and family dynamics so tense and brittle that the dinner conversations go from Perfectly Comfortable to SUPREMELY TENSE in mere seconds.

And that’s all before she starts looking into the history of the house.

Liu lets us wonder for a good long while just how much we can trust our heroine’s narration—just how much of this is in her head. But! She does eventually answer all of those questions, and in doing so, she says something about the pain and frustration and eventual fury that comes from being a forgotten, neglected, unimportant child—about being a shadow girl.

*At the very end of the book, her brother calls her Mèimei, but I read that as ‘little sister’, rather than as her name. But A) I read an advanced copy, so maybe the finished text is different, and B) I certainly could be reading that moment incorrectly. I’d love to know the answer, though, it’s been driving me right up the wall!