Gary Larson’s “Far Side” Comic Is Coming Back 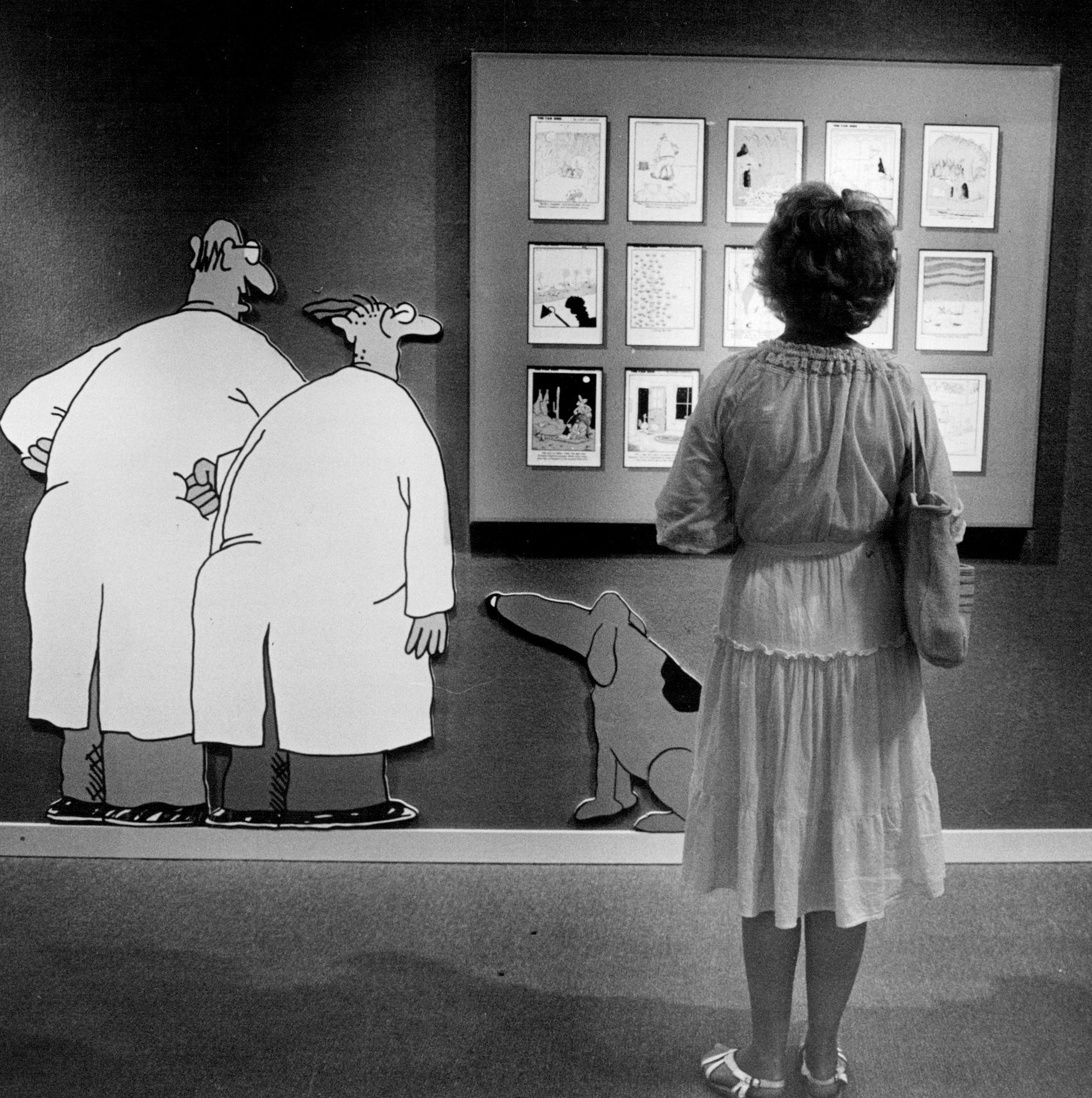 For more than 24 years, fans of comic strips featuring talking cows, confused cavemen and women with ’50s haircuts and weird glasses have had nowhere to go to satisfy their (admittedly odd) cravings.

But it looks like that’s all going to change soon. Cartoonist Gary Larson is bringing back “The Far Side,” his popular single-panel comic strip that was a feature of daily newspapers from 1980 to 1995.

A website for the comic strip now features a cartoon of some of Larson’s stock characters encased in ice, and being unfrozen by a man wielding a propane torch.

“Uncommon, unreal, and (soon-to-be) unfrozen,” the caption reads. “A new online era of ‘The Far Side’ is coming!”

“The Far Side” was a phenomenon in the ’80s and early ’90s, thanks to Larson’s twisted sense of humor and instantly recognizable drawing style. Merchandise based on the strip, including page-a-day calendars, became popular holiday gifts.

Larson has published 23 books inspired by the strip, including a 1,278-page box set containing every “Far Side” strip that he published.

On Twitter, fans of the comic strip reacted with glee at the news of a possible comeback. “Gary Larson, a nation turns its lonely eyes to you,” tweeted journalist Jim Geraghty. And Stephen King, in a tweet referring to Ric Ocasek, the lead singer of the Cars who died on Sunday, tweeted, “I’m hearing that Gary Larson’s FAR SIDE may be back. It’s nice to have good news on a day when I learned one of my rock idols had died.”