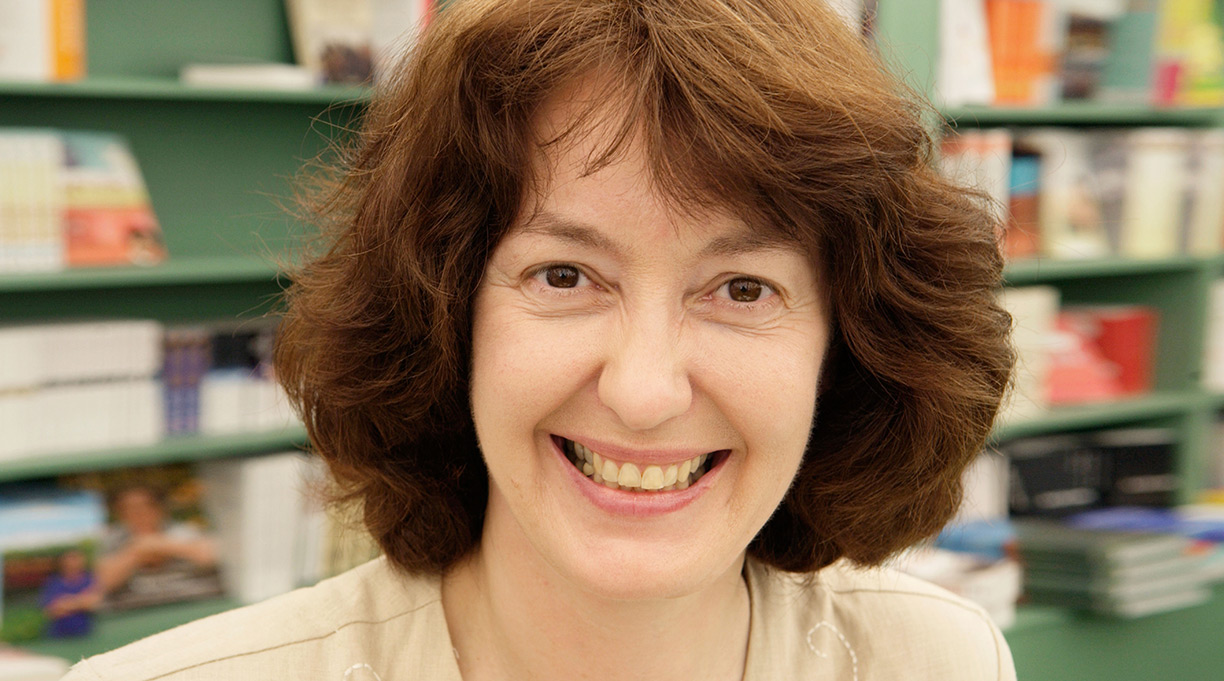 Author Geraldine McCaughrean has written more than 170 books (no, that’s not a typo) and won nearly every major YA award in both the U.S. and her native U.K. Her latest young adult novel to hit the States, Where the World Ends (Flatiron Books, Dec. 3), earned Britain’s prestigious Carnegie Medal in 2018, making her one of only eight authors to win the award twice.

After more than 30 years crafting thrilling escapades for kids, McCaughrean must be an inveterate adventurer herself, right?

Her latest story is set nearly 200 years ago in the forbidding St. Kilda archipelago northwest of Scotland. A small group of adults and children make their annual bird-hunting trip to the Warrior sea stack, a column of rock jutting out of the North Atlantic. The stack (stac, in Scots Gaelic) is barren but teeming with auks, puffins, gannets, and gulls. When the boat never returns to bring the group home, their adventure turns into a brute quest for survival.

McCaughrean answered questions via email about the new book and the importance of children’s authors in our distracted digital age.

Throughout Where the World Ends, the character Quill tells stories both to inspire the other young people and to ease their fears. Does he represent your feelings on the power of storytelling?

Exactly right. The imagination is a fire escape. In time of fright (or sorrow, or confusion, or hopelessness), you can climb down into a story of your own—or an author’s—making and find warmth, solace, and safety. A storyteller can also make things turn out all right in the end...something no one can guarantee in real life. Story can transport the listener/reader to the past, the future, and the curtain walls of the universe.

You have written volumes on classical mythology and frequently reference age-old myths often in your books. Why are these stories still important?

I love myths for dating back to a time before story was divided into Adult and Children’s. They concern the big stuff—love, death, monsters, heroes, adventure, folly, sin. As one civilization gave way to the next, its myths would be taken up, skewed to fit, and told afresh.....Almost identical myths sprang up on continents which had never communicated. There is something beyond coincidence in that. It is as if myth rose up out of the molten magma at the Earth’s core, to satisfy a hunger in humankind. And though we have lost our belief in most of the gods of myth, the stories still appeal to something deep inside us.

Questions of faith and fate are key to Where the World Ends.

The people of St. Kilda...were Christians—gentle and devout—so the boys’ imaginations would naturally have teemed with angels and saints. “The sure and certain hope” of heaven was the one and only certainty in their dangerous, difficult lives. So religion was bound to shape the plot. Personally, I don’t think that the modern “uninvention of God” has rendered religion irrelevant—just draped a sheet over the matter while we’re so busy being secular.

Your Carnegie Medal acceptance speech for Where the World Ends highlighted the value of language to young readers.

The young brain hoovers up words. Its ability to do so gradually falls off, slows down. By the end of middle grade, a child’s future competence with language will have been decided for good and always. That’s why primary schools should be taking every opportunity to bombard kids with glorious vocabulary rather than saving the poor little mites from the “burden of hard words” and so leaving them ill-equipped to reason, argue, cope with adult texts, or see through liars, con men, and politicians.

How do you see your role as a YA author?

I think of myself primarily as an entertainer—not a polemicist. I think that given a scary, in-your-face world or the pressures of school/social media/growing up, fiction can be a healthsome holiday from too much reality. Social issues, moral issues, all sorts of issues find their ways naturally into most novels, but they shouldn’t be the sole object of a novel for young people. The noblest achievement of a book is if it stimulates empathy for—and an interest in—other people.

Cory Oldweiler is a freelance writer based in northern Michigan.