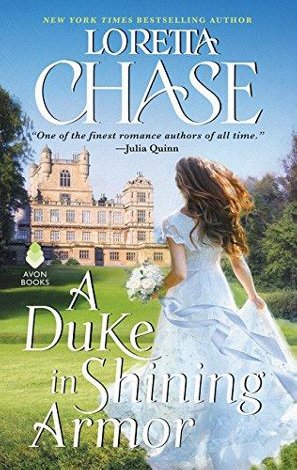 I’ve been considering what books to talk about this week, in the context of gratitude for books, and realized there’s a special category for me—Must-Reads.

Some of these are authors and some are series I’m in the middle of.

I don’t have too many Must-Read authors, exactly. My favorite author ever is Eva Ibbotson, who died a few years ago, and didn't write many romances in her life—she was much more well known for her middle grade titles.

But I own all of the ones she wrote and go back to them occasionally when I need a comfort read. If you like historical romance, then try The Countess Below Stairs, The Morning Gift, The Magic Flutes or A Company of Swans. These are very sweet, but the longing and sexual tension is breathtaking.

There are very few authors I’ve read every book by, and mostly this is a combination of the extreme quality of the books combined with the accessible number of titles.

I’ve never been as die-hard a Nora Roberts fan as many people I know, but I have to admit that I’ve loved her last few titles, and Year One (her upcoming release) was one of my best reads this year. The next titles in the trilogy will almost certainly be must-reads for me.

Christina Dodd’s Virtue Falls series is a current must-read, and I highly recommend it if you haven’t picked it up yet. (She usually does a September title and then has some novella or short leading up to it.)

I know I’m forgetting some authors I love, and I’m sure there are some you love who aren’t on here. Please share your faves!

Here’s to being grateful for a 2017 full of some amazing reads, and to an upcoming year of discovering new authors to cheer about, and revisiting some of favorites too!

Some recent reads to be grateful for:

Loretta Chase’s A Duke In Shining Armor comes out next week. Chase never fails to be witty, smart and wholly entertaining, and this title is delightful. The Kirkus reviewer says, “Launching a new series revolving around three notorious libertines known as ‘Their Dis-Graces’ is a perfect playground for this stellar writer whose spirited heroines tame rakes as well as anyone in the business.” Agreed. (Full review here.)

How To Change A Life by Stacey Ballis is a fun, “foodie” read which explores friendship, love and loyalty when three best friends from high school reunite after a beloved teacher’s death. Making a pact to enact changes in their lives before they turn forty in a few months leads to some surprise revelations for main character Eloise, a private chef for the nicest rich family in the world. I really enjoyed this book, which seemed to have little conflict in the beginning but built to some shocking turning points that forced Eloise to take a look at her life and face some interesting insecurities. Also, a good reminder that sometimes people change, and sometimes they don’t—but we always get to choose who we keep in our lives.

I recently finished Fugitive Colors, an intense look at the destruction of the Modern Art movement in Germany during the Nazi years by Lisa Barr. There was so much to love about the book, especially the reminder of this atrocious black mark in history, that I could mostly look over the occasional anachronistic phrases that popped up in dialogue, and the overwhelming feeling that if one had the luck to escape from the clutches of the Nazis, they wouldn’t willingly put themselves back in danger—as two characters do. However, if you’re interested in this time period, this is a harrowing fictional representation of those dark days. (To be clear—this is NOT a romance!) If you’re interested in this historical backdrop, also check out the non-fiction title The Rape of Europa or the documentary of the same name.)

Who are your faves, what are you reading?