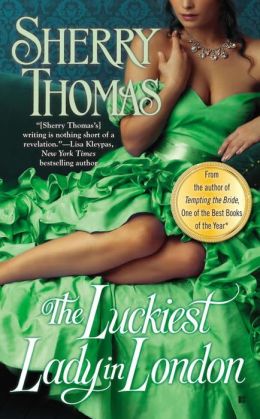 One of the great benefits of having the honor and pleasure of writing about romance in a variety of places is that I also get to meet romance writers and readers, both in person and virtually.

I’ve written before that some of my closest friends now are romance fans, and what a joy it is to talk books with many of these special people in my life. Most of my closest romance friends are also some of the most eclectic readers I know, and it’s such a great joy to be able to savor and share the experience of a good book with people who feel the same way about them that I do.

I hope you have friends in your own life that you can share your love of romance with, and if you do, I’d wager that often conversations with those people sprawl into all kinds of fascinating topics, because readers are generally interesting people to start with, and in my experience, romance readers are among the most voracious readers on the planet.

A couple of days ago I had the pleasure of talking to one such friend who is something of a fashionista. Now I’m a writer, and most of the time I exist in my writing cave in sweats and t-shirts, though when I venture out into the world I try to look somewhat elegant. I am not, however, a fashion trailblazer, and it’s very rare that I pay much attention to Fashion Week(s) of any kind, much less see anything that I would be tempted to put on my body (mostly because the last time I was anywhere near Kate Moss’ waist size I think I was 7).

But then FF (fashionista friend) directed me to the gorgeous zodiac-inspired Pucci line on the runway in Milan, and I admit, if I had all the money in the world—okay, and better legs, though I think there may have been a long flowing jacket, too—this dress would tempt me.

But such as we are, the two of us, the

conversation quickly turned to books, and astrology-inspired fashion shifted into astronomy-themed romance and of course we both loved Sherry Thomas’ Luckiest Lady in London, and the Ideal Gentleman who hides a geek streak and a fear of the kind of passion his wife inspires in him. *intense romantic sigh*

That led me to recommend Connie Brockway’s wonderful No Place For a Dame, another fabulous historical with an astronomy theme that I can’t recommend highly enough.

Since I loved those so much, I did a bit of curious research to see what I might find on other books with an astronomy theme, and lo and behold some of the best authors in the business have them!

Susan Wiggs’ Halfway to Heaven looks like a terrific love story between Abigail Cabot, a gifted astronomer lacking social polish, and Jamie Calhoun, a young Senator who initially befriends Abigail to meet her politically influential father. Abigail wants Jamie to help her attract another man, but their paths get complicated when they begin to fall for each other. Susan Wiggs is a wonderful author and she’s come up with what sounds like a delightfully unique historical romance! (Originally published by Mira in 2001, it looks like it was e-pubbed in 2012.)

Courtney Milan’s Sinister series is one for the ages, and Talk To Me Sweetly is a novella that brings back a popular series character, writer Stephen Shaughnessy, established rake, advice columnist, and feminist sympathizer. Rose Sweetly is a shopkeeper’s daughter and a mathematical genius with a love of the stars who catches Shaughnessy’s attention. Stephen arranges to have Rose tutor him in math and science, which is really a ruse to spend time with the woman who has completely intrigued him. Stephen is infamous, and Rose would like to remain obscure, already a challenge in Victorian England, given that she is brainy, nerdy, at times awkward and of African descent (!), but watching him unequivocally support her happiness and interests is inspiring and sweet. (The main complaint on this title is that it’s too short, but most fans of Milan feel that anything she writes is worth reading.)

Have you discovered author Carrie Lofty yet? Lofty is a lush and vibrant historical author with intense storylines and nuanced characters. Starlight offers up class conflict, the ticking time bomb of a custody battle and a posthumous challenge from father to son. Esteemed astronomer Alexander Christie packs himself and his infant son off to Scotland to meet his industrialist father’s challenge to make a Glasgow cotton mill profitable. Along the way he meets Polly Gowan, the daughter of a famed union organizer, who hopes to capture a saboteur. Polly and Alex become entwined in each other’s lives and worlds, but finding equal footing for conflicting goals will be a difficult task.

Clearly with a starting point of “astronomy elements” these books continue on a number of fascinating paths, rather like my typical conversation with romance readers. I wouldn’t have it any other way.

How about you? Any other astronomy-based books you loved? Or maybe some with science or math elements? We’d love to hear from you!