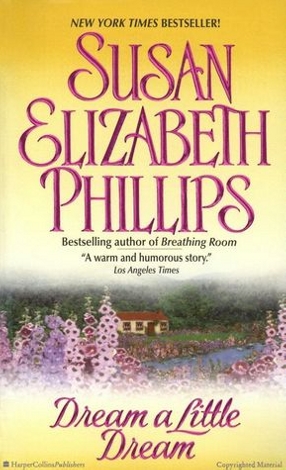 First of all, I want to thank all of you who are following Read-A-Romance Month. (Have you seen that calendar? Amazing.) There has been such a broad spectrum of reasons discussed for celebrating and advocating for romance.

This August has been an odd one. Here in Wisconsin, the weather has been cool, often more springlike than summery. For me, August is dominated by RARM, of course, but this year my 19-year-old son and his girlfriend decided in July to come to visit from Georgia for the first 10 days of August. (Really, Elder Son? In August? Don’t you realize I’m a little busy in August?!) And then, just days after Elder Son returned to Georgia, their cat almost died.

Next, Ferguson happened. And my social justice–inclined Younger Son decided he wanted to go to Missouri to help. (He’s not quite 17.)

And Darling Husband said, “No way.”

And we sent money we don’t really have to ES, because he can barely afford to pay rent, much less afford the hefty vet bills they’ve incurred to save their cat.

And, in regards to YS, I said to DH: “You can’t raise an activist who is willing to spend his own money to get there, and who’s spent days doing research on how he can help, and then tell him he can’t go. In one year he’ll be in college.” (DH is unconvinced it’s the best choice, but agrees not to stand in YS’s way.)

And all the while I am reading romances and essays about romance and I’m asking myself, “Am I escaping?”

And here’s my answer: Yes and No.

In the wee hours of the morning I allowed YS to get on a bus, to catch a train, to meet up with a middle-aged woman with teenage kids in St. Louis who will take him to The Food Pantry in Ferguson, Missouri. I’m trusting in the universe that all will be well, because I have raised a child who is willing to stand up for what he believes in and I must support him when he decides to put his money where his mouth is.

I’m proud and frightened and amazed at how passionate he is about this.

Now, I’m not trying to draw a distinct line between romance novels and the crisis in Ferguson—I know these things are not the same. But these events have reminded me that I’m an advocate. And I know that the books I stand behind—despite my college roommate’s disparagement, or my mother’s mystification, or the absolute indifference of most of my Facebook friends—make my life better. They make many lives better.

Yes, they make me feel more positive toward life in general. Does that make them escapist? I’m not sure. If it does, am I okay with that? I think so.

But sometimes they also make me feel brave and passionate—about people and issues. They make me see the world in a better way, and help me believe that I can make a difference and that my efforts can cause change.

They help me understand that love truly is the most important emotion in the world. Yes, romantic love. But also love for family, love for pets, love for children, love for husbands. Love for issues we believe in. Love for humanity.

So here’s to my son, off tossing his own little cup of water into an ocean of love, trying to help in his own way that, likely, will make little difference to the people of Ferguson. But who knows? Maybe it can and will. In my mind, even getting on the bus is, for YS, an expression of love and hope and optimism.

(And ES’s cat is doing better too.)

Looking for some fierce heroines who change the world—or at least their world? I feel like Susan Elizabeth Phillips is always on my list of favorites, but honestly, if you’ve never read Dream A Little Dream, then you’re missing out on one of the most courageous heroines in romance history.

Published earlier this month, Shana Galen’s Love and Let Spy is a fun Regency-set, 007-inspired romp with a memorable, fearless heroine. Amity Doncaster in Amanda Quick’s Otherwise Engaged is smart and resourceful, and her fan becomes a useful ally when a serial killer comes after her.

Oh, and J.D. Robb’s Eve Dallas can always be depended on to save the day and solve the mystery, with wit and attitude.

Finally, paranormal romance is known for fierce heroines, but sometimes power comes from a gentle-yet-courageous nature, like Aylin in the upcoming Chained by Night by Larissa Ione, or from the ability to simply survive in the most hostile environments, such as Sahara in last year’s Heart of Obsidian by Nalini Singh.

Any great romance novels you can think of that made you feel fierce, or empowered or ready to change the world? Please share.

Bobbi Dumas is a freelance writer, book reviewer, romance advocate, and founder of ReadARomanceMonth.com. She mostly writes about books and romance for NPR, The Huffington Post and Kirkus.