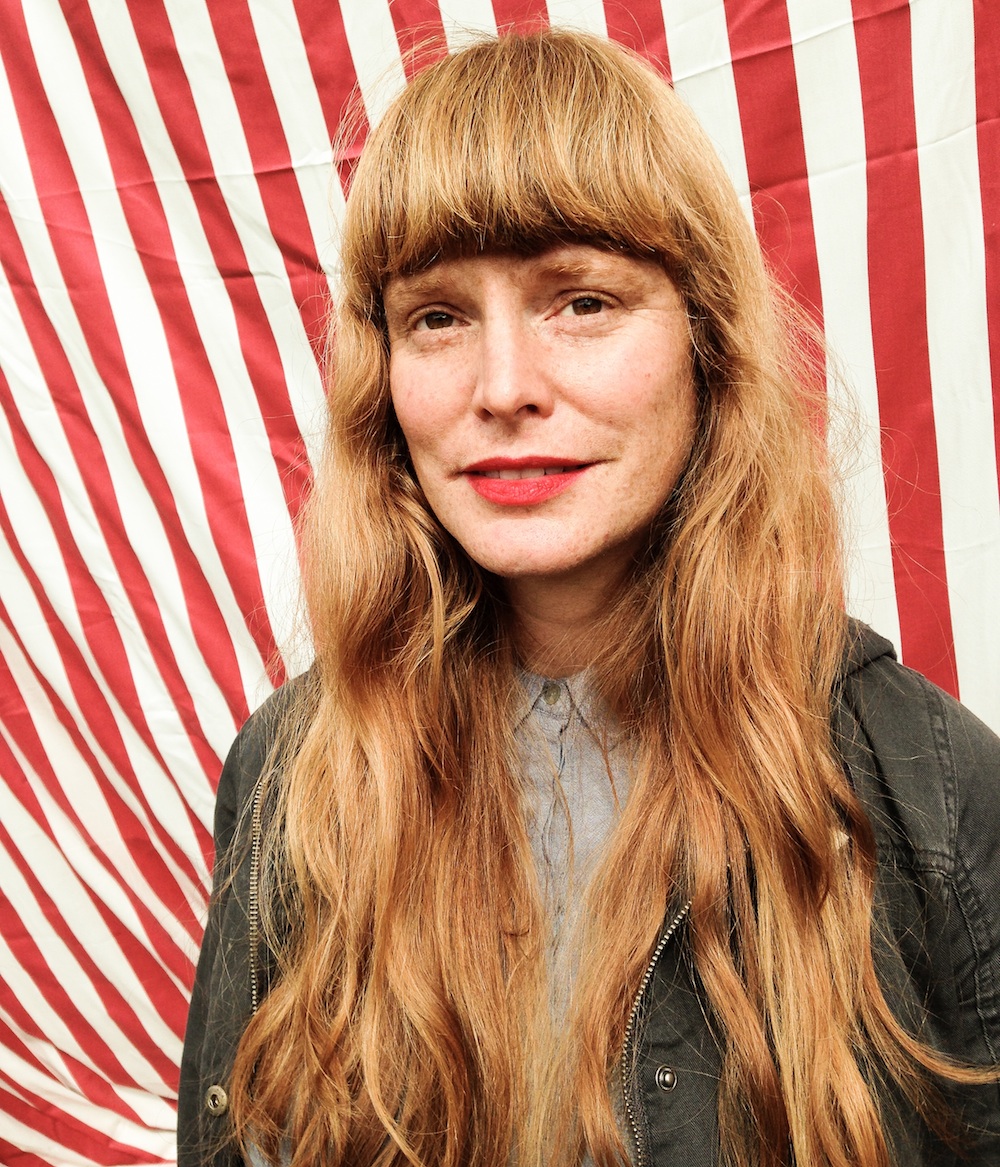 In Home—Carson Ellis’ new picture book, on shelves in a few weeks—readers are invited to explore the many kinds of dwellings in which creatures of many types make themselves comfortable. Home can be an apartment, a palace, or a wigwam. It can be a shoe (if you’ve nursery rhymes on the mind), underwater, or the elaborate home of a god. The possibilities are endless, and Carson delves into it with wonder in this beautifully designed book.

It’s a book that’s been years in the making. “I must’ve written it three or four years ago,” Carson tells me. “I illustrated at least one other book and had a baby in the meantime, so it took me a bit to get working on it in earnest.” The manuscript came out in a burst, she explains, as she put words to paper in less than half an hour. “And then I spent the next however many years fitting the book into my schedule and laboring over the art.”

The book is a love letter, in many ways,

to architecture, something Carson thinks about a lot. “After many years of wanting to write my own picture book but not feeling up to it—of having ideas and scrapping ideas—I decided to stop trying to tell a good story and to start, instead, with something I knew how to do.” As fans of her artwork already know, buildings show up in many of her pieces. “But I also just like to draw environments,” she tells me. “I think it’s fun to invent spaces, to fill them with things, and to wonder about their inhabitants. I was pretty sure some kids would think this was fun too.”

Despite the fact that Carson didn’t set out “to say anything too profound about homes and what they mean to us,” the book is also an ode to the very notion of home—and where creatures in the world find comfort. “The more I worked on this book, the closer I felt to it,” she explains. “It’s about homes: the ways they're different and the ways they're the same; the questions we ask about the residents of an evocative home and the stories we're prompted to invent. It’s also, because I’m in the book myself, about being an artist and celebrating the things that artists are attracted to and inspired by—all the worlds that we can’t stop thinking about, reading about, conjuring up, visiting, and inhabiting.”

When I ask her how many iterations the story went through, assuming she has a lot of “home” outtakes—that is, ideas for home spreads that never quite made it into the book—she tells me that the book reads almost exactly the same as the first draft did. “The one exception is…a spread [that originally] had soldiers who ‘make their home in a trench,’ but my wise editor, Liz Bicknell, suggested that maybe a trench isn’t really a home. A home doesn’t have to be a place you choose to live, but to say that a perilous hole in the ground where you’re temporarily sleeping, possibly against your will, is a home might be pushing it. It also might be depressing. And not super fun for kids. Though, for what it’s worth, the trench in the illustration was kind of fun. There were soldiers playing cards and someone singing in the bath. War is not silly, but if, like me, you spent your childhood obsessing over M*A*S*H and Hawkeye Pierce, you might lose track of that sometimes.”

Having dropped that spread, Carson replaced it with a band and crew on a tour bus, a home she’s all too familiar with. “This was more meaningful to me,” she adds, “as my husband is a musician, and I’ve spent a lot of time living on the road with him and his band and our older son, Hank. I think there's something magical about living on a bus: lying in bed late at night and watching the sleeping country roll by, waking up in a new town every day (though Colin would probably tell you that it's more akin to living in a trench).”

There are a handful of moments in the book where Carson asks readers directly about homes: Whose home is this? she asks in one spread with a home deep in the grass, nearly the same size as a snail. Who lives here and why? she asks on a spread showing what is clearly an interstellar home. Where is your home? Where are you? she asks at the book’s close. These moments make this cozy and inviting book a good choice for both a small story time gathering or for one-on-one sharing with your favorite child. Carson says she hasn’t yet shared it with groups of children, but she’s very much looking forward to that. “I have shared it with my own kids,” she adds. “Hank is 8 years old, and those [questions] are his favorite parts of the book. I was happy to find out that not only did he care enough to answer those questions (he thinks he's too old for picture books), but his replies were utterly out of left field—not at all what I’d expected. [This] was thrilling, because all I want this book to do for kids is to encourage them to use their imaginations. That sounds hokey, but it's true.”

Since the 2015 ALA Youth Media Awards were announced just this week and Mac Barnett’s Sam and Dave Dig a Hole, illustrated by Jon Klassen, was awarded a Caldecott Honor, I can’t help but switch gears to briefly ask Carson about it, while I have her attention. And that’s because, as observant readers and big fans of the book know, it is dedicated to her. So, what’s the story there?

“Mac and Jon are close friends,” she explains, “and people I have been having long conversations about picture book with for many years. This is probably a good opportunity to publicly thank them for the mountains of feedback and support they gave me while I was working on Home. I love those dudes. They're such good, funny, smart guys, and the kids’ book world is so lucky to have them. As for Sam and Dave, they were staying with me last summer, and Mac had an early copy of it shipped to my house. I read it, and when I got to the end and saw the dedication, I cried like an idiot. I couldn’t stop and had to go into the bathroom and close the door. But you would too, right? It’s a perfect picture book.”

Those who enjoy Home and Carson’s other work may be happy to know she’s currently crafting a new picture book, another story she’s written herself. She’s excited about it, “but it’s a lot more complicated,” she adds, and it’s too early for her to divulge details.

But, come late February, readers will be happy to make themselves right at home, soaking in this new book.

Step right in. The door’s open.