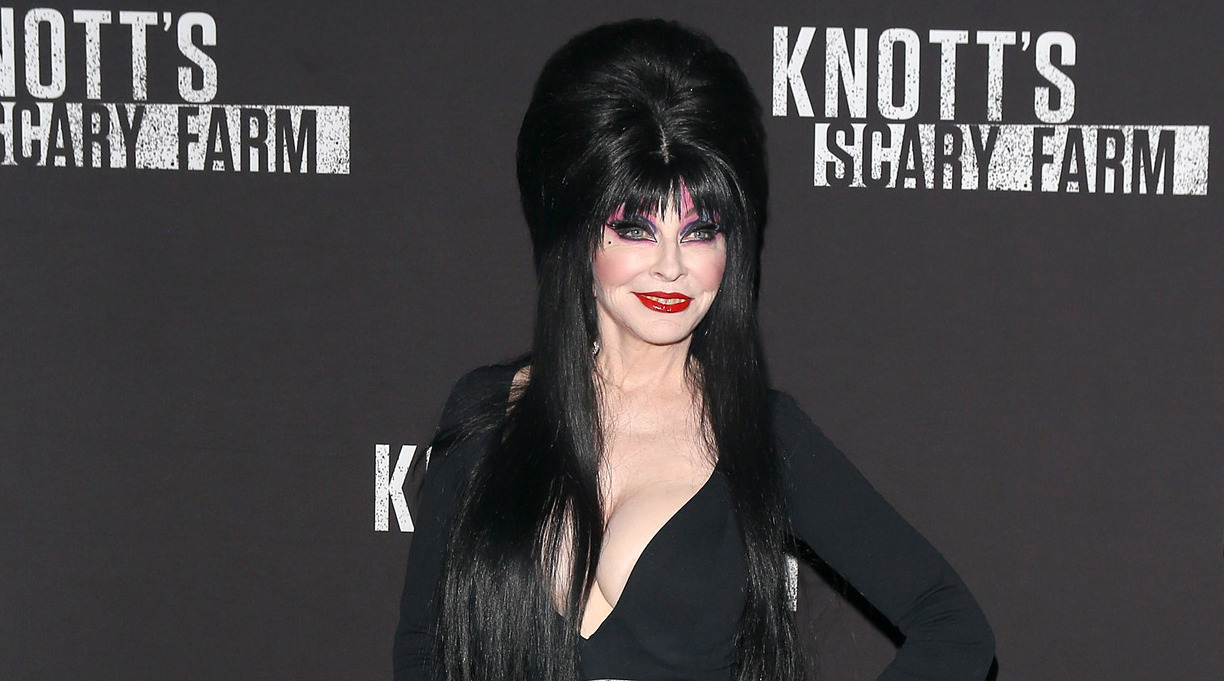 The Mistress of the Dark has come out of the closet.

In her new memoir, Cassandra Peterson, the actor known to millions as the horror host Elvira, revealed that she’s been in a 19-year relationship with a woman, the Advocate reports.

Peterson became a national icon in the early 1980s with her show Elvira’s Movie Macabre. Broadcast on Los Angeles television station KHJ, the program introduced horror fans to the character of Elvira, a campy, wisecracking goth who peppered the B-movies she introduced with jokes and snarky observations.

Peterson writes about her relationship with Teresa “T” Wierson in Yours Cruelly, Elvira: Memoirs of the Mistress of the Dark, which was published by Hachette Books on Tuesday. She said that she first noticed Wierson at the gym where she worked as a trainer, initially mistaking her for a man.

Wierson moved in with Peterson after a stint in rehab, and they soon became romantically involved.

“What the hell was I doing?” Peterson writes. “I’d never been interested in women as anything other than friends. I felt so confused. This just wasn’t me!…I soon discovered that we connected sexually in a way I’d never experienced.”

Peterson writes that she realized she has “to be truthful about who I am.”

“For the first time in my life, I’m with someone who makes me feel safe, blessed, and truly loved,” she writes.