How Books and Comics are Revitalizing Star Trek on Television 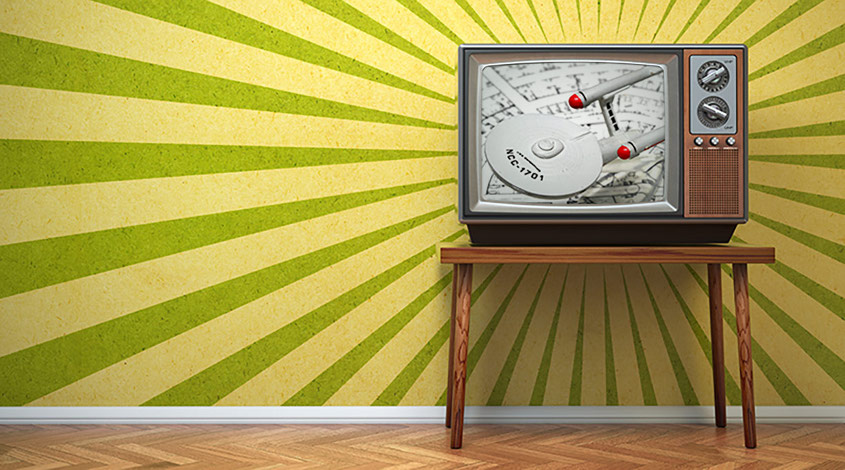 The recent ComicCon announcement that a new Star Trek series called Star Trek: Picard was being launched on the CBS All Access streaming service was met with a very warm reception by fans and the media. Now comes word that a forthcoming Star Trek: Picard comic series and book—both prequels—are being published.

Star Trek: Picard is a spin-off series of Star Trek: The Next Generation, which ran for seven seasons between 1987 and 1994. Like Trek creator Gene Roddenberry’s original Star Trek incarnation of the 1960s, which only ran for 3 seasons, it was set in an optimistic future and followed the exploits of the crew of the starship Enterprise, this time around led by Captain Jean-Luc Picard, as it explored the galaxy on behalf of the United Federation of planets. The cast of ST:TNG was featured in four theatrical films, the final one being 2002’s Star Trek: Nemesis, in which Picard is kidnapped by his clone.

What is known about the premise of Star Trek: Picard is scarce. The first season, expected to premiere in early 2020, will consist of ten episodes. The show will focus on the character of Picard and what he’s been up to for the last twenty years. The events that unfolded in Nemesis are expected to come into play. Fans have been pouring over the trailer looking for additional clues. Those looking for hints may do well to heed the joint announcement from IDW and Gallery Books concerning the pending publication of the media tie-in prequels.

First, IDW will publish a deluxe 3-issue comic book miniseries written by Mike Johnson and series Supervising Producer Kirsten Beyer. Star Trek: Picard – Countdown is expected to launch in November 2019. The series will depict a life-changing mission for Captain Picard that will lead into what comes next.

Slated for a February 2020 release is the tie-in novel The Last Best Hope written by Una McCormack. The prequel novel will lead directly into the Star Trek: Picard television series and introduce some the characters portrayed on the show. McCormack is a Trek novel veteran; she has authored eight other novels across various Trek properties like ST:TNG, Deep Space Nine, and Star Trek: Discovery, the current hit on CBS All Access that apparently had the producers looking for another hit.

Star Trek was Still Alive, Even When The Cameras Weren’t Rolling

There have been various screen incarnations of Star Trek over the past several decades since it first appeared in 1966. While some of those years have been Trek-less as far as television and film is concerned, the publication of Trek novels has been going nonstop. Beginning with the publication of original-series-episode novelizations in 1967 by James Blish, there has been a steady line of Trek stories available to readers. The first original Trek tie-in novel appeared in 1971: Spock Must Die!, also by Blish. Other novels recounting the space adventures of Captain Kirk and the Enterprise crew soon followed. When a new Trek television series appeared on TV, it wasn’t long before the corresponding original tie-in novels appeared on bookshelves featuring the new characters. Except for a drought between 1999 and 2010, the same is true for comics.

Thus, the heartbeat of Star Trek never went away. The books and comics kept the franchise alive and allowed fans to keep in touch with the franchise they loved, even when TV and film failed them. Trek stories were written by both established writers (like Vonda N. McIntyre, Diane Duane and Joe Haldeman) and emerging ones (like McCormack, Robert Hewitt Wolfe, Jeri Taylor, and others). While the events in the books and comics were not considered canon, they nevertheless provided the fix that Trek fans were looking for. There have been hundreds of Star Trek media tie-ins published over the past 52 years.

The Symbiosis Between Books, Comics and Television

In pop culture, name recognition is a valuable commodity. When paramount launched Star Trek: The Motion Picture in 1979, it was with the intention of capitalizing on the popularity the original series experienced in reruns, years after the show was cancelled. By leveraging the built-in audience, they were maximizing their chance of financial success. The same holds true for any recognizable property, science fiction or otherwise. Just last month, for example, Pottery Barn announced a Friends-themed furniture collection—leveraging a television show that’s been off the air for 15 years.

That built-in audience can be tapped across multiple media. While the announcement of a prequel comic series and book are obviously seen by IDW and Gallery Books as a way to capitalize on the name recognition of the Star Trek: Picard series, you can bet that the show’s producers are hoping for an influx of new viewers coming from the opposite direction. Each medium feeds the others. Users who love Trek and read books and/or comics will see the new titles and get amped to see the show, which is only available through a paid subscription. Conversely, viewers who see the books on store shelves may take a peek and seek out new words. It’s all about hype, and these prequels are a huge part of that machine.

The existence of simultaneous Trek-related stories—Discovery, Picard, Countdown, The Last Best Hope, and a forthcoming humorous Trek animated series called Star Trek: Lower Decks—can only serve to reinforce each other. Everyone wins. The only possible danger I foresee is Trek burnout. But, given its more than five-decade history of pleasing fans, I don’t see that as likely.