How I Learned to Respect the Power of Fiction 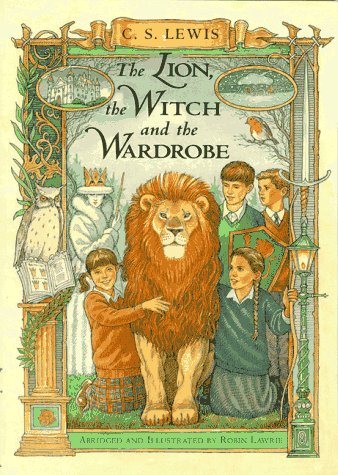 I have a confession to make. While it may appear on the exterior that I am an open-minded reader, I was not always that way. At one time in my secret past history, there was a small, dark part of me that could only be labeled as Book Snob. I don't mean that in the general sense, where any and every book had to be held up to unusually high standards. No, my book snobbery was very, very specific. There is a particular kind of fiction that I refused to acknowledge. I'm talking about...of course...culinary cat mysteries.

You read that right. Culinary cat mysteries are mystery stories that are markedly unusual because the mystery itself centers around food and the role of the detective is played by a cat. I can't say how many books actually fit that description, but I've seen them on shelves and a reader has to draw the line somewhere, right? My thinking was that I would never be able to put myself into the role of the protagonist because, well, for starters I have only two legs, not four. This may seem like a strange claim for a speculative fiction reader to make. After all, I've read and enjoyed plenty of stories about aliens and happily put myself into the admittedly ill-fitting shoes of their many-limbed protagonists. And last time I checked, I have only two eyes, not one giant one at the end of a six-foot-long extendable neck.

But here's the thing: I was wrong. I was wrong to reject those stories out of hand without having first sampled them. At best, I was short-changing myself as a reader. At worse I was insulting legions of culinary cat mystery lovers who voraciously feed on Furlock Holmes stories and anticipate the next book in the series. (Sounds like that's got to be a real thing, right? It isn't.) That wasn't the kind of reader I wanted to be.

The Secret Trick Writers Use to Put You Into the Story

Another confession: I'm not here to rally readers to culinary cat mysteries. Actually, I still haven't read any. I'm here instead to share the lesson I've learned about avoiding stories with animal protagonists. It was a lesson that helped me become a more open-minded reader.

I never would have grown as a reader if it hadn't been for author Bradley Denton. Nearly a decade ago, he wrote a short story called "Sergeant Chip" and it knocked my socks off. It's a near-future story about the perils of war as seen through the eyes of Chip, a K-9 unit trained for military combat. The book snob part of me immediately dismissed the premise as hokey. How wrong I was.

Sergeant Chip is able to communicate, albeit in a rudimentary fashion, with the person who holds his communicator device, in this case, Captain Dial. The story, which shows the emotional bond formed between man and dog, manages to successfully pull off the delicate balancing act of providing gripping action, tense drama, unexpected plot twists and outstanding characterization. I highly recommend reading the story, which is the well-chosen anchor for Denton's recent collection Sergeant Chip and Other Novellas. (It should be noted that the collection contains other excellent stories as well.)

How is it that this culinary-cat-mystery-hating reader did a 180? How could I possibly relate to a real-life creature from another species? Denton used a simple trick to put the reader in the main character's place: He told the story from that character's perspective. By using that point of view, the reader becomes the character. It thus becomes easier to relate to the character's position and emotions because you see things from their proverbial shoes. And the lesson it taught me was to not carelessly dismiss any story, or more accurately, to respect the power of fiction.

This is a lesson that I could have easily learned from other books, of course. Many other stories—both beloved mainstream classics and ones that fit comfortably within the speculative fiction genre—feature animal protagonists. The most famous example is perhaps George Orwell's Animal Farm. But when I was force-fed that in school, I was too young to appreciate its use of animal characters as symbolic stand-ins for politicians. Another classic example is The Lion, the Witch and the Wardrobe by C.S. Lewis in which children discover a magical land populated with talking animals and other magical creatures. There's also Watership Down by Richard Adams, the adventure story about a small group of rabbits looking for a new home. Also in the speculative fiction space, there's Robert J. Sawyer's Quintaglio Ascension Trilogy (beginning with Far-Seer) which depicts the scientific revolution as played out by a race of highly evolved sentient Tyrannosaurs who were transported by aliens during Earth's late Cretaceous period to the moon of a faraway planet.

Are these excellent stories really any different than culinary cat mysteries? If I swallow that pill and don't spit up a hairball I'll let you know.