I Am So Lonely 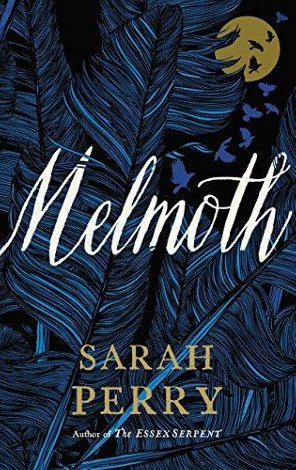 There goes Helen Franklin. She lives in Prague now, working as a translator of boring manuals, a pitiful, subdued woman in a quiet, unexciting life. Just like she deserves. 20 years ago, she did something she is utterly ashamed of.

Then one day her friend Karel—Karel and his wife are the only friends Helen has, if they can even be called that—hands over a mysterious manuscript that belonged to a scholar who died at the library they all go to. Karel also tells Helen of Melmoth, or Melmotka, a woman who has been cursed to wander the world for eternity, witnessing humanity’s worst crimes.

Intrigued by what she hears, especially after Karel goes missing, Helen becomes fascinated with Melmoth (wait, is she there standing accusingly just outside her window?) and with the manuscript that collects letters and writings from people who mention her. An old man who remembers a time when he witnessed evil and let it pass. A woman in England is certain Melmoth is coming for her. A man simply signed some letters (and enabled unspeakable cruelty to happen), is Melmoth coming for him? And if she is, what is it that she offers?

(Is there someone following Helen?)

Could it be…. Melmoth herself? Has she come for Helen, finally?

Sarah Perry writes a gender-swapped gothic/horror take on the 19th century novel Melmoth the Wanderer by Charles Maturin. Embroiled in a Christian background, the book suggests that Melmoth was one of the women who witnessed and then denied Christ’s resurrection (or so the legend says). Walking the Earth ever since, Melmoth witnesses all small personal acts and all the big historical sins humans can ever commit. What speaks highly of the novel is that in spite of its Christian background, the novel transcends any particularly religious take to navigate waters that belong to all humans regardless of who they are and where they are or when they are.

The story itself presents this in stories within stories, going back in time to engage with the concepts of forgiveness, blame, guilt, shame, hope, complicity. The latter is perhaps the most important here, as many of its characters are grasping with their participation in historical genocide and atrocities. How can even the smallest act as the signing of a letter or a lie told to the wrong person matter? And yet, the book, and Melmoth, as well as each character’s conscience say that it absolutely does matter. The fear that Melmoth causes is absolutely real because it is so personal.

The book ends with a note addressed to the reader (a recurring event throughout the novel) that highlights its utter terror, that cements the suggestion that Melmoth—tormented and tormentor—is here for all of us. Will you take her hand? She is so lonely.

In Booksmugglerish: 8 terrified Anas out of 10