I Beg Your Pardon, I Am a Mountain Tiger 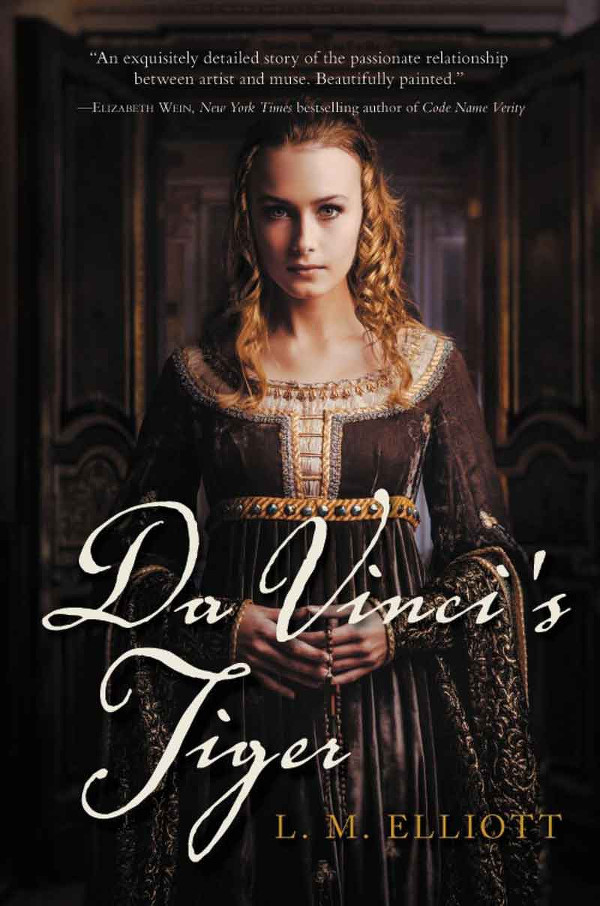 Talky Talk: Based on a True-Ish Story

This young woman definitely looks like she could be a cast member of Reign.

That said, I actually much prefer the cover of the ARC I received. It doesn’t say “historical fiction” as much as the real cover does, but it’s much more interesting to look at.

Ginevra de’ Benci is a young woman living in Renaissance Florence. She comes from a wealthy family, is well-educated—much to the chagrin of some of her male family members—and is married to a kind man whom she has affection for, regardless of the fact that he’s twice her age. But Ginevra isn’t content with her quiet life. And when an exciting man comes into her life, and wants to become her Platonic love (see History, History, below), she jumps at the chance to be celebrated and elevated.

Ginevra, although she’s well-educated and intelligent, is, at heart, a social climber. I can’t really fault her for this, since it’s a symptom of the era in which she lived, but I had trouble connecting with that side of her personality.

However, there’s a line of poetry—a line written by the real-life Ginevra—that is repeated frequently in the book: “I beg your pardon, I am a mountain tiger.” This one line makes me think that I’d have gotten along well with the more introspective Ginevra.

Unfortunately, L.M. Elliott spent more time focused on the former rather than the latter.

Although Ginevra is married, the marriage was arranged as more of a business deal rather than something built on love. Her husband is a good man, and treats her well, but Ginevra longs for true love, rather than just mutual affection caused by living in close quarters and liking each other “well enough.” So when the young, vivacious, and awfully forward Ambassador Bernardo Bembo arrives in Florence, and takes a liking to Ginevra, she’s swept up in a romance that’s supposed to be purely platonic, but walks a little too closely to the line between platonic love and an actual relationship. Either way, I never really felt the connection there—it was more that Ginevra got caught up in the excitement of the idea, rather than actually liking the man.

There’s another relationship, in the book, too, but that one turns out to be equally impossible for reasons I won’t dive into here #becausespoilers.

Talky Talk: Based on a True-Ish Story

Elliott based the story of Ginevra on the history behind one of Leonardo da Vinci’s first paintings, Ginevra de’ Benci (see Art History, below). A lot of research went into this piece (which Elliott explains in the back of the book), and it’s apparent. The settings, the people, and the events of the book all felt realistically like they could have appeared/happened/lived in Renaissance Florence, or so I have to assume, not having been there and not being a Renaissance Italy scholar.

Sadly, much of the action and a lot of the characters were flat, even when they should have been exciting and flamboyant, respectively, and the details of the story were overshadowed by Ginevra’s upward climb. Da Vinci’s Tiger struggles to find a good balance between textbook information and an engaging story.

I’m more familiar with the Impressionists (Monet, Van Gogh, etc.) than the Renaissance artists, but it’s hard not to know who Leonardo da Vinci is. I loved reading about his early days as a painter—I would have actually preferred a book with him as the main character, I think?—even if it was somewhat fictionalized. And the story behind the Ginevra de’ Benci painting (pictured above), even if it was conjecture, was an educational one.

I’m not well-versed on the Renaissance period, but it seems like it was a super interesting time. Take, for example, the idea of Platonic loves, which we modern people think of as a friendship without any romantic attachment. In Ginevra’s day, a Platonic love was a love between a man and a typically beautiful and virtuous woman (both of whom were often married to other people) that helped the man become more spiritual. These women were celebrated for their beauty and grace, and often memorialized in art.

Although I appreciate the educational bent of our date, Book, I tend to look for a little more excitement in situations like this. Next time I want to hit up a museum, however, I’ll totally give you a call.