I Wanna Ramone You 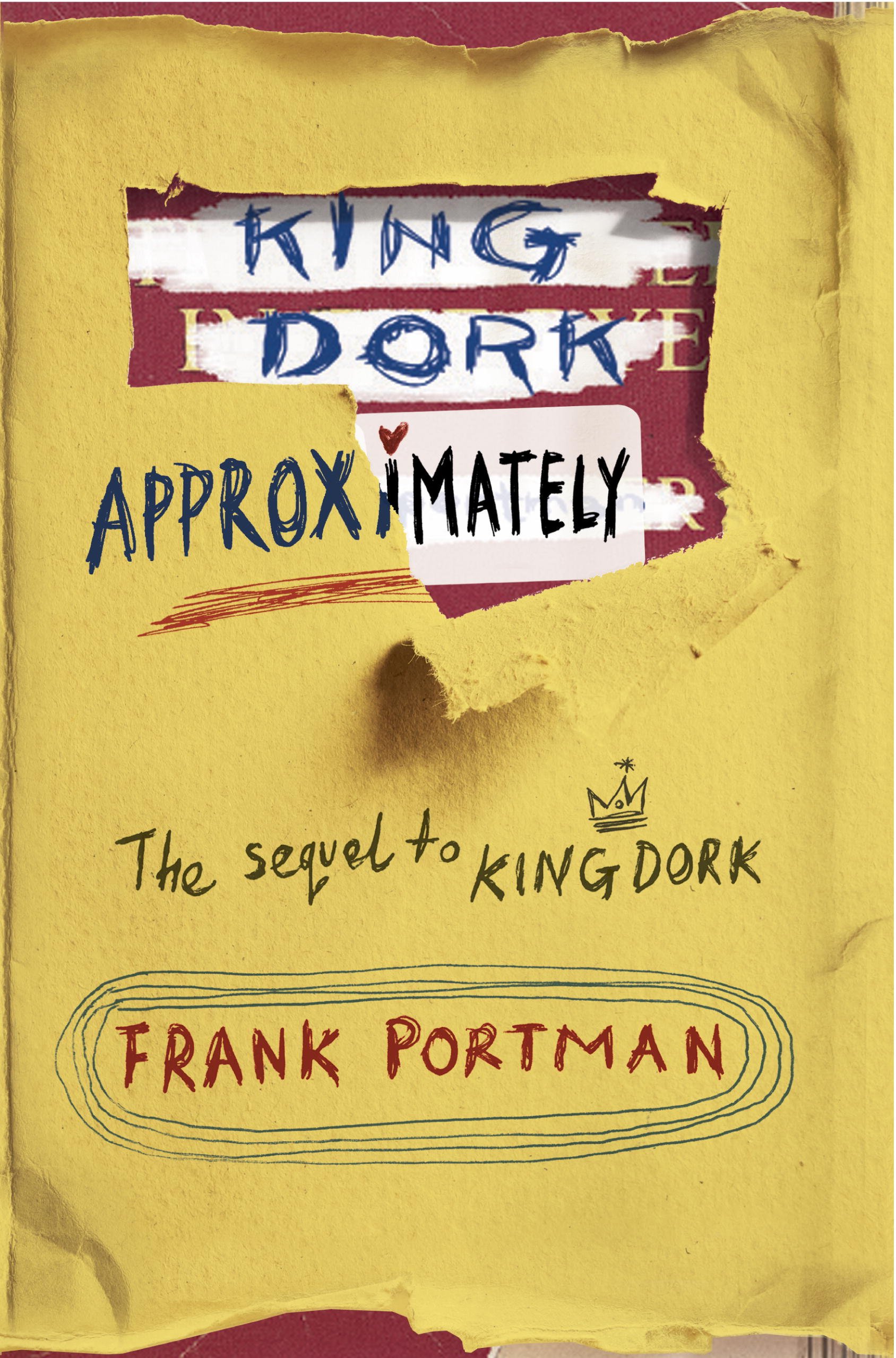 The cover for King Dork was most excellent, and I'm happy to see that the sequel doesn't mess with greatness. However, I'm dying to identify the word underneath King Dork (on the "original" cover). Legitimately? Ultimately? Intimately?!!!

Y'all, it's been over eight years since King Dork was released, i.e. almost a decade since I began my bromance with Tom Henderson. And while it feels to me like an infinity has passed, Tom is only a few days out from his earth-shattering Chi-Mos performance and the revelation of Mr. Teone's illicit activities. His life has changed, but not necessarily in the ways he intended. Things between his mom and Little Big Tom are shaky, and the closure of his old school, which seemed like a dream come true, turns out to be a nightmare in the form of Clearview High, where everyone smells like teen school spirit. Most importantly, his interactions with the ladies haven't improved, which means his reign as King Dork might continue indefinitely. Oh yeah, and the band still can't manage to stick with a name.

Tom Henderson, I MISSED YOU! Yes, you're a hormone-addled asshole, but you're so g-d endearing about it. I adore your charming blend of cynicism and confusion, and I love the insight you provide into the teenage male psyche. Like, seriously, your brain is one of my favorite hangouts, because I get a backstage pass to thoughts like this, when you're playing trombone in the marching band on your 15th birthday:

Okay, other stuff happened on that day too, but I'd say that's a pretty bad way to start off such an important year, wouldn't you? An ill omen. When once upon a time a father might have taken his just-come-of-age son out to teach him to shoot guns or drive a car, to get drunk, or to lose his virginity at a local brothel to a plump, merry, blushing, gregarious, amble-bosomed, redheaded lady named Big Griselda, there I was, fatherless twice over, holding a trombone above my head, doing a gay little dance, and playing a "pep band" arrangement of what has to be one of the worst songs ever devised by man. "Streetlights people." The corrosive idiocy of it all was going to leave permanent scars on my soul, and I could almost feel it happening in real time.

You're such a dude, and yet you're incredibly self-aware, almost cripplingly so. My heart goes out to you at the same time that my eyes roll over your too-cool-for-school attitude, which would have probably driven my teen self crazy (with irritation or desire, I'm not sure). You're funny, you're weird, and you're way too analytical, which makes it a blast to be in your head. (Because your eyes? They're not exactly a window into your soul.)

I felt, somehow, that it was expected that I say a few words, a kind of acceptance speech, so I said:

Tom's attraction to girls is very much real, and very much unromantic. He can't help it, obviously, but his constant thoughts on "ramoning" (sex) and "WHR" (waist-hip ratio) aren't the stuff that dreamy sighs are made of. With that said, his perspective on the opposite sex is immensely entertaining.

At the risk of sounding a little corny, Celeste Fletcher was like a song. That is, the project of trying to figure out what she could possibly be up to was like rehearsing a song: "The more you work on it, the less you get." Man, that is, unfortunately, maybe the most generally applicable aphorism I have ever come up with. God, I hate being so insightful.

Tom's voice remains just as electrifying as it was in the first novel (thus, my rampant abuse of quotes in this review), but it's even more erratic this time around. As a fan of his character, I luxuriated in his rants and rambles, but the slow, meandering pace of this book definitely requires patience. The plot is all over the place, and Tom's narrative is constantly derailed by asides and reflections. If you love Tom like I do, you'll enjoy the detours, but if you don't, you're in for a bumpy ride.

Whether he's complaining about his band, gushing about ragtime guitar or talking shizz about Nirvana, Tom's musical tangents always rock.*

*Sorry, that was totally a Little Big Tom thing to do.

Once seen, it cannot be unseen. THANKS A LOT, TOM.

I cast Evan Peters as Tom in my review of King Dork, but now he's a bit too old, so I'll go with:

I would be remiss if I didn't mention how much I effing dig Tom's bestie, Sam Hellerman. Dude, you can come kiss me directly on the lips anytime.

I have a bond with King Dork that can never be broken. So even though its sequel didn't quite make the same impact on me, I will forever cherish the sharp wit and hilarious honesty of Tom Henderson.

Dude, you're the real deal, and surely heaven waits for yooouuuuu.