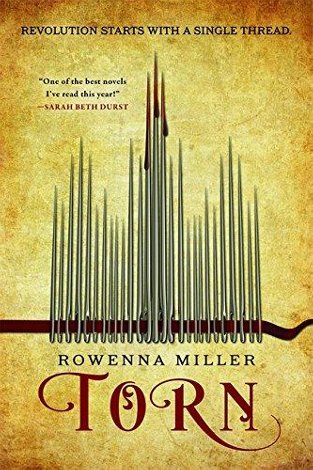 Sophie is a seamstress. Not just any seamstress, mind you—she’s the only magic-working seamstress in all of Galitha City and the proud proprietor of her own shop. Sophie’s success is even more remarkable and precarious because she is also a Pellian—hailing for the impoverished, conquered country bordering Galitha. Pellians are looked down upon as crass and common--standing out because of their accents, appearance, and manner of dress. The fact that Sophie uses magic in her wares is also a novelty in Galitha; Galatines as a matter of course do not trust in superstitions like magic… but Sophie’s fashions are highly desirable and her charms actually seem to work. They are small magics, of course—a charm for good luck, for a lover to take notice, and so on. And so, while Sophie is prosperous enough to keep her doors open and two workers employed, she also lives from commission to commission, knowing that a bad run of luck or political upheaval could crush the carefully cultivated life she’s built for herself and her brother, Kristos.

Everything changes when Sophie is approached by Lady Viola Snowmount for the opportunity of a lifetime: Sophie is hired to produce a magical protection for the noblewoman, as well as a non-magical gown for an upcoming gala. Becoming friends with Viola means everything for Sophie’s business—she could start to expand, hire more staff, and afford more security for Kristos and herself. Plus, she starts to sympathize with some of the nobility, particularly Viola and her dashing friend Lord Theodor.

But things are changing in Galitha, and Kristos is at the center of the turmoil. Frustrated with the sanctions placed on workers, the great disparity in wealth and power between the nobility and the common class, and the xenophobia towards Pellians, Kristos leads the Laborer’s League and loudly airs their grievances. With the cunning, calculating help of a Kvyset professor named Pyrod, Kristos leads the common people of Galitha to the brink of rebellion—and Sophie is caught in the middle.

Sophie has never much cared for politics, nor does she identify with her Pellian people. But the two things she is passionate about are her business and her family—and both look to be destroyed in the turmoil of revolution. When her brother’s life is at risk, she must finally pick a side: stand by her people and her brother even though her heart isn’t in the fight, or betray her family and her heritage.

Ah, Torn. I wanted to like you so much. I love the conceit of a socio-economic, magic-based drama, starring a seamstress (who is so very Sophie from Howl’s Moving Castle, by the way). I love the idea of a dressmaker who can weave magic into the garments she’s commissioned to create, and the tension of a world on the brink of rebellion with the heroine torn, caught in the middle.

To some extent, Torn is that book. This is a world on the brink of rebellion, and there is some discussion of equality, privilege, and the precarious divide between actions for change and bloody revolt. And Sophie, as a main character, does possess a keen sense of self-awareness that I like in a heroine: she understands what she wants, what is important to her, and she doesn’t deviate from that moral compass. When her brother’s life is in the balance, without question and despite the fact that it means death and destruction for her country and the people she has come to call her friends, Sophie holds steady to her loyalty to Kristos. This, by far, is Sophie’s most endearing trait.

Unfortunately, the rest of Torn is less steadfast. Other than her loyalty to her brother, Sophie is a hard character to sympathize with—she mentions (many times) that she’s a business owner and can’t everyone understand that? She has no loyalty to her fellow Pellians, which in itself would be a really interesting dialogue to unpack regarding second generation immigrants in a different society, but this never truly happens (though Sophie’s given ample chances to discuss this more deeply). This is exacerbated further as Sophie is such a passive character who acts only when absolutely forced to do so—her brother is being held hostage, so she finally does what is asked of her even though she disagrees with it. Instead of trying to find help or think of a way around the situation, Sophie goes blindly along with the orders issued by her brother’s abductor—similarly, at the climax of the novel, it is not Sophie’s active decision to act that shapes the outcome of the rebellion; it is the choice she’s literally forced into.

Adding to the frustration are glimpses of a deeper, broader world with glimmer of promise. We learn a little bit about Sophie’s magic and that others can wield both light and dark charms in different ways—but we don’t get ever get to see more of it in detail. We learn about other neighboring countries that would stand to profit from a long bloody period of rebellion in Galantia—but never truly get to see that come to fruition. There are moments when Sophie almost gets fired up about the inequality that means if she married, her business could be taken away from her—but never more than hinted at in passing. You get my point.

All in all, there’s enough to Torn to make it a diverting single-sitting read… but it’s missing that special something to make it actually memorable.

In Book Smugglerish, five charmed handkerchiefs out of ten.