Jack’s Back! Grecian’s Formula for His New Thriller Revives the Ripper 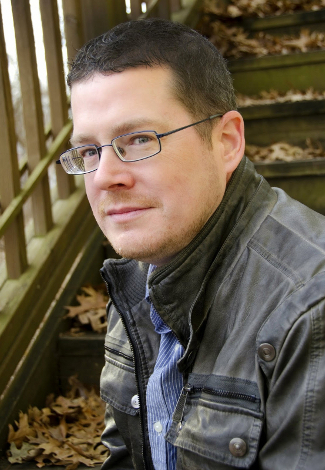 There seems to be no limit to fiction writers’ fascination with Jack the Ripper, the nocturnal predator who killed and eviscerated at least five women in London’s impoverished Whitechapel district during the fall of 1888—and then suddenly ceased his savagery, without being caught or even identified.

One of the first works those homicides inspired was The Curse Upon Mitre Square, by John Francis Brewer, a “penny dreadful” that suggested links between one of the five victims and various historical slayings, and was actually released a month prior to the end of Jack’s bloodthirsty campaign. Better regarded is Marie Belloc Lowndes’ The Lodger (1913), a narrative of paranoia and suspense centered on a London couple who fear they’ve rented an apartment in their home to a misogynistic murderer. “Saucy Jack” has since been resurrected in short stories by Robert Bloch; a variety of tales sending Sherlock Holmes to investigate the Ripper case, including Edward B. Hanna’s The Whitechapel Horrors (1992) and Lyndsay Faye’s Dust and Shadow (2009); John Gardner’s The Return of Moriarty (1974), wherein Holmes’ nemesis, Professor James Moriarty, is responsible for curtailing Jack’s reign of terror; Robert J. Randisi’s Curtains of Blood (2002), which sets writer/theater manager Bram Stoker on the Ripper’s twisted trail; and Alex Scarrow’s The Candle Man—one of my favorite novels of 2012—offering an extraordinary cause for the Ripper’s rampage.

Midwestern advertising man–turned-author Alex Grecian has spent the last few years making contributions of his own to Ripper fiction. 2012 brought the publication of his debut novel, The Yard, set in 1889 and introducing a small circle of Scotland Yard detectives—the Murder Squad—who must track down a copper killer at the same time as they struggle to regain the public’s trust after losing Saucy Jack. Grecian followed that up a year later with The Black Country, which dispatched two of his most prominent characters, Insp. Walter Day and trouble-attracting Sgt. Nevil Hammersmith, in search of people gone missing from a British Midlands coal-mining village.

With his new, third Murder Squad thriller, The Devil’s Workshop, Grecian returns both to London and Ripper lore. The story begins in 1890 with a railway “accident” that liberates several imprisoned murderers, one of whom goes on to discover a long-forgotten labyrinth of underground streets where Jack, far from dead, has instead been secreted away and tortured by vigilantes with lofty moral ideals. As Day and company pursue the fugitives, Jack—unpredictable, mesmerizing, alternately sympathetic and sadistic—engineers his return to the unsuspecting world of the living. It’s a comeback that could spell disaster for Day’s very pregnant wife, Claire.

I recently asked Grecian some questions about the plotting of his new novel and its employment of the Ripper as a principal character.

Voracious reading, I suppose. A surprising number of classic children’s stories are set in Victorian London. After awhile it’s easy to feel like you know a place if you’ve read enough about it. I could probably find my way around 1970s New York for the same reason. Add in the regular Sunday afternoon showings of Basil Rathbone’s Sherlock Holmes films on one of the three channels our TV got, and I was hooked on the magic of that time and place.

I read somewhere about how you crafted your main cast for these stories. Walter Day is clearly the focus, but it’s said you enlisted Nevil Hammersmith and forensic pathologist Dr. Bernard Kingsley to help maintain balance in Day—Hammersmith reportedly representing the emotional side, with Kingsley representing the intellectual one. Was that some reviewer’s interpretation of things, or is it what you actually set out to do?

That was absolutely my plan for the first book. For reasons I don’t understand myself I tend to write three protagonists into almost everything I do. I was thinking of the movie Platoon when I started writing The Yard. The main character being a sort of blank slate pulled between two extremes that are equally valid but each weak without the other. My ambitious idea was to see if I could start those three characters in their base positions and then shift them over time so that they took on each other’s roles.

Was resurrecting Jack the Ripper something you’d hoped to accomplish ever since you started writing about the Murder Squad?

It’s an idea I’ve had for a very long time. If you’re going to write about Jack the Ripper, I think you need to at least try to do something different with him. I didn’t want to sift through the same clues and cases that have been sifted through thousands of times before. I laid some of the groundwork in The Yard, not knowing whether I’d have the chance to build on any of the foreshadowing in that book.

Without giving too much away, I want to note your premise in this new novel that a cabal of police officials and vigilantes—the so-called Karstphanomen—conspired to keep Saucy Jack’s capture a secret. If I recall correctly, there was a conspiracy theory along those same lines back in 1889-90. Would there really have been value in covering up the Ripper’s fate, leaving the public to believe he’d escaped capture?

Of course, if he was actually tied in to the royal family there were lots of real-life political reasons to cover up his identity. But that’s not the case, at least not directly or specifically, in The Devil’s Workshop. In this book, the men who captured him have their own reasons and they couldn’t have turned him over to be imprisoned or put to death, because that would have flown in the face of their philosophy. The public’s fear and uncertainty was, for them, the lesser of two e

Do the Karstphanomen have a basis in history?

Indirectly, yes. Secret societies abound in Victorian literature, so I wanted to eventually introduce my own version, but I needed the proper reason for them to exist. In this case, they helped me explore my theme of justice vs. law. I stumbled on the word karstphanomen (and the meaning of the word) in John Jeremiah Sullivan’s book of essays, Pulphead, and it struck me as perfectly symbolic for my needs.

There are so many theories of who the Ripper really was, from barrister/schoolmaster Montague John Druitt to wife-killer George Chapman to Sir William Gull, Queen Victoria’s physician. Not all of those theories portray him as an obvious madman. And yet in The Devil’s Workshop, he comes off as more or less that. Was it maybe too easy to justify his malevolence by making him so clearly unhinged, a figure of evil?

I wanted to create a monster, to have a character who was all mine to do with as I pleased and who would represent if not evil then unpredictability. I prefer series in which actual change takes place, in which the characters are challenged in ways that cause them to grow, to move on to different jobs or different relationships. For that to happen, I need a spanner in the works, someone who forces change on the other characters. I actually don’t think Jack is malevolent. He, at least, thinks he’s doing vital work for society. And if I’ve already got innocence, intellect and emotion represented in my characters, I don’t need more of any of those things. I need someone less rigid or stable, someone that can interact with all of the other three states of consciousness and create new reactions in them.

How challenging was it to write from the Ripper’s viewpoint?

Writing Jack was actually the most fun part of the book for me. I never had any idea what he would do from one chapter to the next and was often surprised (and sometimes repulsed). He took the book in new directions.

Because The Yard took place in the wake of Saucy Jack’s predations, you didn’t need to research the Ripper’s escapades overmuch. But did you become a concerted Ripperologist in order to pen The Devil’s Workshop?

I did a great deal of research on the Ripper murders before writing The Yard and while writing The Black Country, but purposefully didn’t brush up on any of it for The Devil’s Workshop. I didn’t want to feel trapped by anything he’d done before this book began. I wanted him to be, essentially, a new character with a borrowed name.

The Devil’s Workshop clearly leads into a sequel. So I must ask, what will we find in that follow-up work? And do you yet have a title for the book?

The fourth Murder Squad novel’s called The Harvest Man. The surviving characters from The Devil’s Workshop are going to have to cope with the damage done by Jack, both physical and psychological. I changed the status quo of this series at the end of TDW and I’m not changing it back. There’s a lot to explore now. Plus, we finally get to meet Claire’s parents, Inspector Tiffany takes a bigger role, and the Harvest Man is racking up a pretty scary body count. He’s probably the most disturbing of my villains.