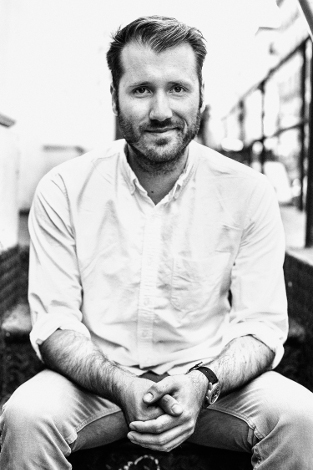 The truth is all of the above, and if that’s not clear to you, then imagine how confusing it was to Walsh.

“It’s not something I think I’d want to do again,” Walsh admits.

At the start of Playing Against the House: The Dramatic World of an Undercover Union Organizer, Walsh is a recent graduate from journalism school who needs a job. While applying to be a research assistant, Walsh was asked to pitch a story to a popular historian. The first story that popped into his head was about “salts,” union members who are trained to get hired at non-union workplaces and then help unionize the workforce from the inside. The historian didn’t give Walsh the job. Instead, he encouraged Walsh to become a salt and then write about it.

Walsh admits to feeling plenty of doubt about this idea. “For the most part I acted like I always do, but there was a secret,” Walsh says. “I was doing things we all do with friends. We note how they sit or walk or what gets them excited, but I was writing it down. And throughout the process I didn’t know if a publisher would even be interested.”

Even now, almost seven years later, the entire idea still seems unlikely. “My mom’s first response when I sent her a picture of the finished book was ‘I really can’t believe you pulled this off.’ ”

Playing Against the House follows Walsh as he tries to find balance. His co-workers at the casino didn’t know he was with the union, and his union colleagues didn’t know he was writing a book. He can never just be a tired bartender because he’s also supposed to be identifying potential union leaders. And he’s always more than a “salt” because he’s constantly running into bathrooms to write notes about his conversations.

The entire time, Walsh struggled with his roles as journalist, activist, and friend. One of his most important jobs was to gather the names, phone numbers, interests, and other relevant information about every co-worker eligible for the union. Walsh’s union trainers tasked him with inventing reasons to gather information and to organize as many “socials” as he possibly could. This forced congeniality was unusual for Walsh but soon became second nature. “After a few weeks of playing this character, I became him. My social disposition was born anew, conditioned to be convivial,” he writes.

Which is not to say that Walsh feels like he spied on people or was deceptive. “I think I connected with people,” Walsh says. “I made great friends, but you always have a secret that will inevitably come out. There is a termination date with the friendship and that’s unpleasant.”

Walsh’s book is an intriguing view on how a modern union fights for survival and how a modern corporation beats them back. For the most part, gone are the days of confrontational strikes, beefy enforcers, and violent strike-breakers. Walsh and his fellow salts make jokes about being like Norma Rae, played by Sally Field in the 1979 film, standing in the middle of a row of slots holding a hand-drawn “UNION” sign. Instead, the fighting goes on in courtrooms and in whispered break room conversations.

The history of labor unions in the United States is full of victories that helped mold the American economy and create the modern middle class. However, in recent years unions have seen a dramatic reduction in their membership and power. Walsh admits to having doubts about the efficacy of unions. “I wasn’t necessarily convinced of the power of salting or the power of unions. But by the time we started the campaign at Mardi Gras [Casino] I understood what was at stake and wanted to focus on salting. I wanted to win.”

Playing Against the House doesn’t pull any punches when it comes to the struggles of the working class and the obstacles faced by unions. At Calder and Mardi Gras a significant number of workers were paid the minimum wage, had shifts cut or rearranged with short notice, were asked to work overtime without compensation, and generally lived in fear of being fired. The African American and Haitian workers were particularly vulnerable to mistreatment and many of Walsh’s coworkers were fired after they showed interest in the union.

“I left Florida with a better understanding of what unions are up against,” Walsh says. “The powers that the union is up against are so overwhelming that I wonde

red if we had a chance to begin with.”

Eventually, Walsh became a full-time journalist. He’s now on the editorial staff at New York magazine. Even if Walsh doesn’t undertake another “undercover” writing project, it’s clear that his time in Miami changed his views of the labor movement and journalism.

“[Union] organizers are like journalists,” Walsh says. “Wondering how to motivate people, what makes them tick.” The focus on people and individual stories is clear in Playing Against the House. “So much of the story is facts and figures and lawyers and politicians talking. But the story is actually about union organizers, casino executives, immigrants, managers, Ivy League educated activists, and Haitian workers.

At the end of Playing Against the House, Walsh comes clean to his union colleagues and returns to the east coast. The reader is left with updates about some of Walsh’s friends and how they’re surviving in Miami’s service industry. Most of them—those with union representation and those without—are barely making it.

The reader is left with a great deal of uncertainty about the future of the labor movement and the future of working-class Americans in general. To Walsh, this uncertainty is an inescapable fact. “I don’t know if you should be hopeful, but you should be intrigued and want to pay attention to labor,” Walsh says. “The more intriguing story is about what’s going on now—the stories of the people. It bleeds into every single part of our life. That’s why I hope the people I met and the characters in the book are a good way for people to understand how labor works and who’s getting screwed right now.”

Richard Z. Santos is a writer and teacher living in Austin. His essays, interviews, and fiction have appeared in Barrelhouse Online, the L.A. Review of Books, the San Antonio Express News, the Rumpus, the Morning News, and many others.