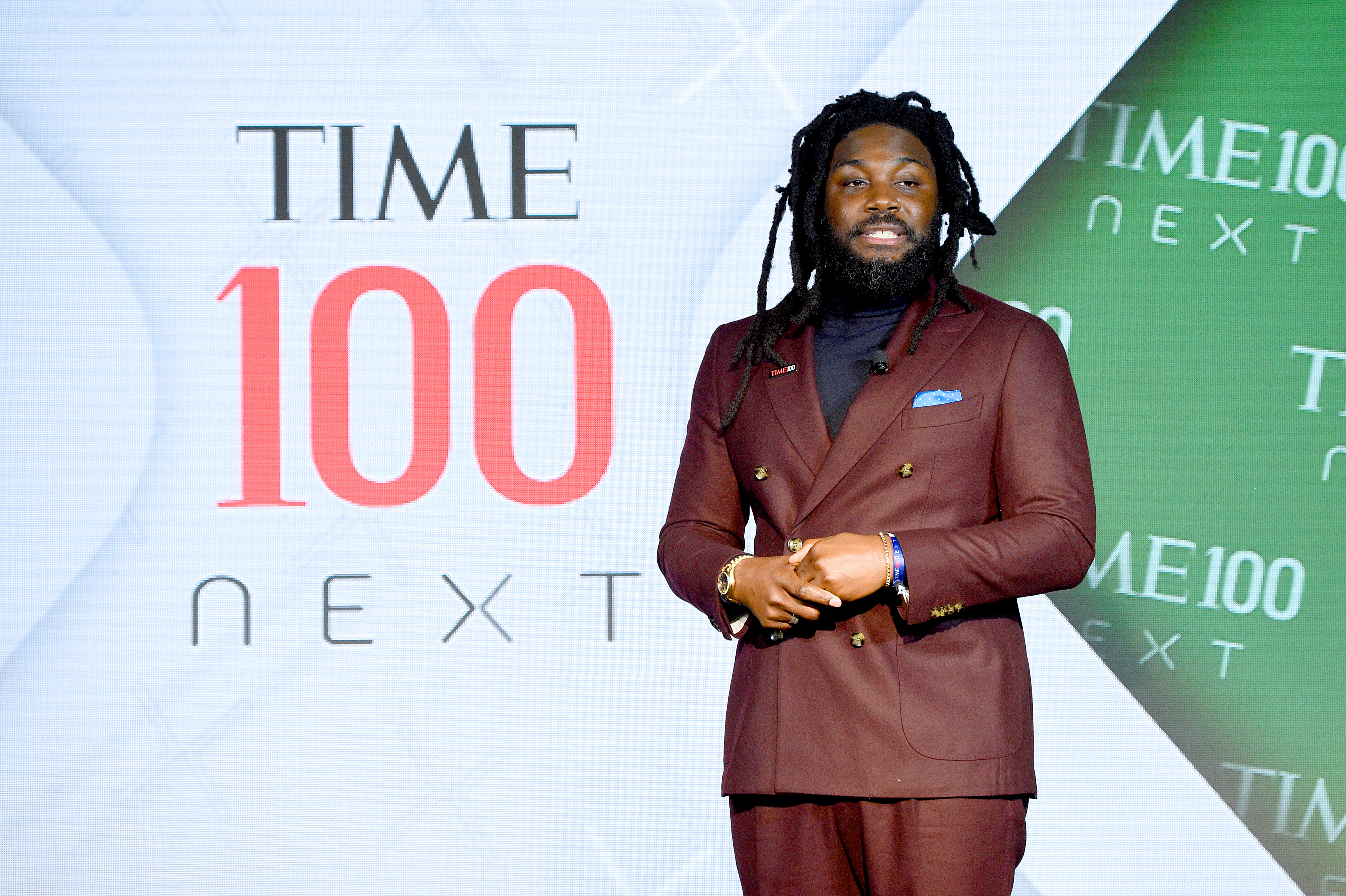 The bestselling author of books for young readers was inaugurated last week by Librarian of Congress Carla Hayden at a ceremony in Washington, D.C., Publishers Weekly reports.

“It’s an honor to receive such an incredible responsibility,” Reynolds said. He thanked his predecessor, Jacqueline Woodson, for her service in the role, saying, “I will do what I can to push the line, to take all you’ve done as a seed.”

Woodson also received praise from Hayden, who said, “Jacqueline encouraged all of us to think beyond the moment we’re living in, about the ways that we can create the change we want to see in the world. Thank you so much for being the best ambassador we could have.”

Reynolds told the crowd a story about visiting a Florida middle school for an event and watching a young girl address her fellow students, School Library Journal reports.

“In that moment, I realized, this is it, this is the thing—maybe it’s that young people honestly just don’t know yet what it feels like to know their voices have power,” he said. “Maybe that’s because we as adults aren't doing a good enough job at letting them know and creating spaces for them to do so. We’re not giving them the mic.”

“I appreciate you all,” he said in closing. “Thank you for this. Let’s get to work.”