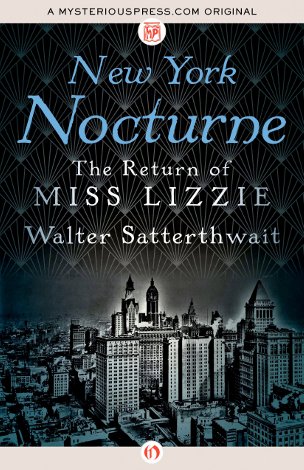 During the summer of 1892, then 32-year-old Lizzie Borden of Fall River, Massachusetts, reportedly murdered both her banker father and her stepmother with repeated blows from a hatchet. The motive for such violence was unclear, and the evidence ultimately inconclusive. Following a two-week trial in the nearby whaling town of New Bedford, Lizzie was acquitted of that slaughter, though nobody else was charged in her stead, and she has been condemned ever since by a children’s skipping-rope rhyme involving an inflated number of “whacks” with an ax, rather than a hatchet.

While many people are familiar with that infamous episode in Lizzie Borden’s life, fewer know what she did after the court case. Although Lizzie had to endure the unsubtle opprobrium of Fall River society, she continued to live in her hometown until her death at age 66, in June 1927—35 years after the killings. During those decades, she used her family money to purchase a nicer home, hire chauffeurs and maids, travel widely, and frequent the theater. She may also have become a detective of sorts, or at least that’s what Walter Satterthwait likes to imagine her having done.

Satterthwait, a 70-year-old Florida author, first won widespread acclaim with his five books about New Mexico private eye Joshua Croft (Wall of Glass), and then went on to pen a trio of adventures for 1920s Pinkerton sleuths Phil Beaumont and Jane Turner. But his oeuvre also, notably, includes Miss Lizzie, a 1989 whodunit in which Lizzie Borden helps to solve another hatchet homicide. In this case, the victim was the stepmother of 13-year-old Amanda Burton, who, like Borden herself, is vacationing on the Massachusetts shore in 1921. By story’s end, the culprit proves no match for the clever Amanda or her redoubtable new black-dressed friend, Lizzie.

Much to the delight of Miss Lizzie fans, Satterthwait is suddenly back with an equally charming sequel, New York Nocturne: The Return of Miss Lizzie. It’s 1924, and Amanda Burton—now a stylish, though still quite innocent 16-year-old—lands at Manhattan’s Grand Central Station (“the seat of the Archdiocese of Hustle and Bustle”) to meet her father’s younger brother, John Burton, a polished and apparently prosperous investor. They proceed to “do the town,” shopping at the best stores, consuming steaks and oysters at celebrated restaurants, and availing themselves of entertainments at the Cotton Club in Harlem. Until one morning, when Amanda finds John bloody in his library, having been slain by somebody wielding—what else?—a hatchet. Lacking other suspects, the cops toss Amanda into a cell, hoping to coerce a confession from her. However, Lizzie Borden, alerted by Amanda’s call to her brother, rushes to her rescue. And together they, along with wise-cracking wordsmith Dorothy Parker, set out to discover who really did in Uncle John, and why. The path of clues will lead them to gangsters, the writer of a steamy romance, and smoky speakeasies…as well as directly into the sights of hired killers.

Not long ago, I asked Satterthwait about his co-opting of Borden as a fictional character.

How and when did you first become interested in the delightfully sordid story of Lizzie Borden?

I was a kid. What kid hasn’t warmed up by the fireside with cozy stories of patricide and matricide?

When you penned Miss Lizzie in the late 1980s, it wasn’t all that common for novelists to employ historical figures as sleuths. What was it about Borden that made you think she might function well in that role?

With young Amanda as my narrator, I needed a strong and memorable sleuth. Lizzie Borden fit the bill.

At the time, so far as I knew, there was only one person who had ever used a historical character as a fictitious sleuth. This was Lillian de la Torre, an American woman who wrote several books worth of short stories featuring Dr. Sam Johnson as her sleuth and James Boswell as a Dr. Watson sort of narrator. I’ve never actually read any of the stories, but I liked the idea, and I decided to stretch it out a little bit—with Lizzie Borden as my sleuth and a young girl, Amanda Burton, as a Dr. Watson sort of narrator.

I’ve read that you don’t really like doing research. So how did you go about preparing to compose Miss Lizzie?

Where did you hear that I don’t really like doing research? It’s not really true. Like everyone else I may bitch and moan about having to do it, but secretly I get a huge kick out of it. Don’t tell anyone.

And, actually, in terms of Miss Lizzie, I suppose it’s not really relevant. I had read a number of books about Lizzie Borden already, and I had been thinking for some time about doing a book set after World War I. And I wanted to do a book from the point of view of a young girl. All those ideas kind of came together and then one day Amanda, the narrator, showed up, and I put her right to work.

There’s a great deal of detail in the sequel, New York Nocturne, about 1920s New York City, its nightclub and speakeasy scene, and its much-varied inhabitants. It seems you must have spent many long hours poring over books and vintage maps.

As I said, I actually like doing research—I usually spend three to six months researching a book before I start writing it. So, yes, you’re right about the books and the vintage maps. There’s also a terrific book called The Historical Atlas of New York City, by Eric Homberger. It’s got lots of swell maps and diagrams and photographs of various neighborhoods throughout New York City over the years.

Also, I had worked in New York as a bartender for several years myself, so I thought I knew a little bit about how the city functioned at night.

Between Miss Lizzie and New York Nocturne, we are given a fairly good picture of Fall River’s alleged ax murderess. You tell us in these stories that she’s a closet cigar smoker, a master of card tricks, and a woman “formidable” enough to face down both cops and mobsters. You also suggest that she might have been abused by her father and indicate that she carried about her “the sweet scent of cinnamon and oranges and cloves.” How much of your characterization of Lizzie Borden is based on fact, and how much have you simply made up?

Lizzie may disagree with me about this, but I’m happy to say that her characterization is primarily my own invention. I’d be delighted to learn that she actually performed elaborate card tricks, but I don’t expect that to happen.

What’s the most interesting fact about Lizzie Borden that most people don’t know?

Lizzie had a relationship, and probably an affair, with Nance O’Neil, a well-known actress of the 1920s and ’30s. (She was in Cimarron, among other movies, and she did a lot of stage work on Broadway.) According to a contemporary account in The New York Times, Lizzie was writing a play in which Nance would star.

I really wanted to use that play, but it came too late in the story, and, given all the other stuff, it was a bit too much, even though it was real.

I think about how drab Lizzie’s life had been, the spinster daughter of a miserly old man, and I think about how thoroughly delighted she must have been to spend time in lovely, brightly lighted New York restaurants with Nance, a woman of considerable charm and glamour.

Twenty-seven years passed between the publication of Miss Lizzie and the release of New York Nocturne. Why did it take you so long to introduce this follow-up? And had you long planned to revisit Lizzie Borden in your fiction?

I wrote the book originally quite a while ago. My German editor asked me if I’d be willing to do it, and I thought, sure, why not? But it was a bit of a rushed job, and although I handed it in, finally, I was never entirely happy with it.

Recently, glancing through it, it seemed to be not bad—although it obviously needed work. I spent nearly two years re-writing it, page by page, until I reached a stage with it that made me feel as though it was as good as the first book.

I was very pleased to see them both again, Lizzie and Amanda, and I hope that the people out there who liked them originally will be pleased as well.

What is it about the association between Borden and young Amanda Burton that makes them the right detective team for these books?

For me, I just liked the way they fit together. Clearly there’s some real affection between the two of them, and both of them were people who, at certain points in their lives, needed the affection that the other could provide. (Of course, that’s probably true of all of us.) They’re both smart and they’re both kind, each in her own way.

I am intrigued by your periodic allusions, in New York Nocturne, to Amanda Burton’s future escapades—an encounter with a pederast/killer in Borneo, for instance, and her work as some sort of undercover operative on a ship bound for Havana. Are these meant to suggest that you’d like to write more mystery novels featuring Amanda, or are you simply toying with your readers?

Yes. Both. If I can’t toy with my readers, with whom can I toy?

I couldn’t juice up Amanda’s back story, because there wasn’t actually very much of it. But I could certainly juice up her future. And I confess that I got a fairly big kick out of making little flickers of remembered light gleam from Amanda, like the flash off the facets of a gem.

In addition to Lizzie Borden, you’ve recruited tippling writer, poet, and critic Dorothy Parker into New York Nocturne. In fact, you seem to have had a lot of fun composing the scenes in which she appears, some of them at Manhattan’s legendary Algonquin Hotel. Have you had a long-standing interest in Parker? And was she really acquainted with Borden?

So far as I know, the two never met each other. But Lizzie liked smart people and she liked The Smart Set, so the Algonquin Hotel would have been a place to which she was drawn.

I’ve always liked Dorothy Parker, and I’ve always wished that she’d had a happier life. So in this book, at least, she gets to hang out with two good friends of mine.

This new novel takes place in 1924. Lizzie Borden didn’t die until 1927. So might we still see another Lizzie novel from you someday?

I don’t think so. But, as I said, I might do another book with Amanda. And I suppose it would be possible to shift some time around and somehow bring Miss Lizzie into it. We’ll see.

Photo of Walter Satterthwait provided by the author.

J. Kingston Pierce is both the editor of The Rap Sheet—which just celebrated its 10th anniversary—and the senior editor of January Magazine.