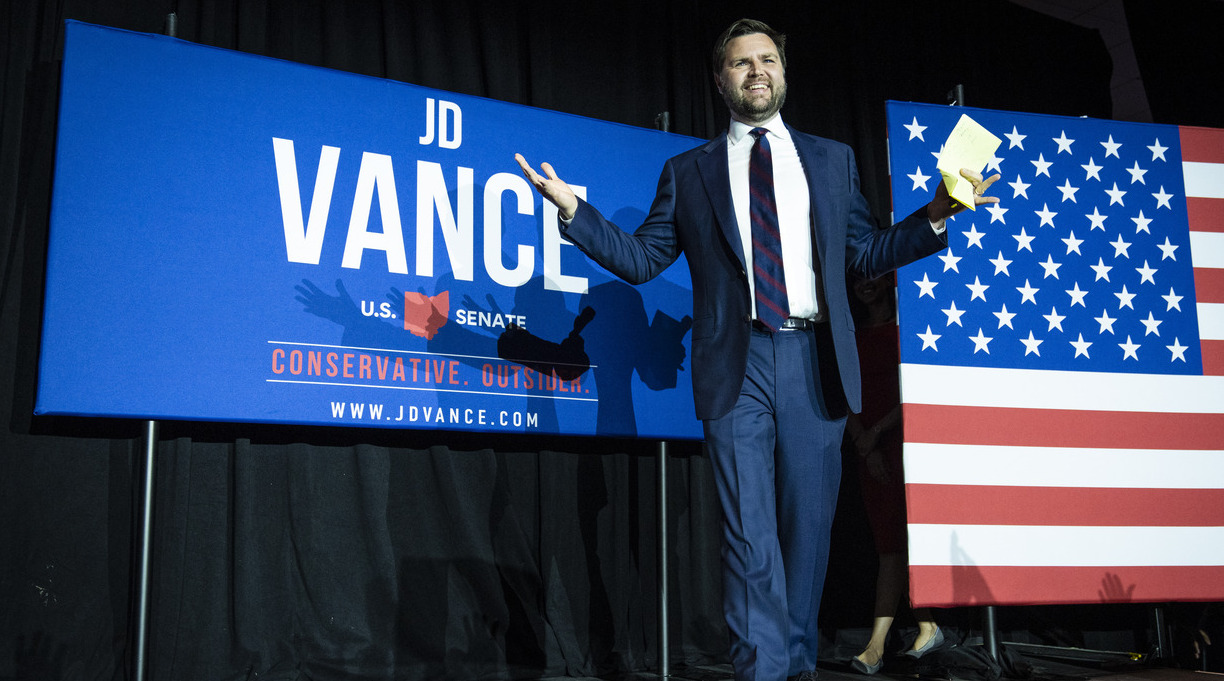 As of Wednesday morning, Vance had received about 32% of the votes in the primary, beating out Josh Mandel, a former Ohio state treasurer, and Matt Dolan, a state senator.

Vance worked as a lawyer and venture capitalist before publishing his memoir, Hillbilly Elegy, in 2016. The book about his poor Appalachian familywas a bestseller and received positive reviews; a critic for Kirkus called it “an unusually timely and deeply affecting view of a social class whose health and economic problems are making headlines in this election year.”

Vance’s memoir was adapted for a 2020 film directed by Ron Howard and starring Amy Adams and Glenn Close. It drew mostly negative reviews, though Close was nominated for an Academy Award for her performance.

Vance had previously been a harsh critic of Trump, calling him “noxious,” “reprehensible,” and “an idiot.” But he changed his tune when he entered the primary, praising Trump as a “good president,” and Trump endorsed Vance last month. (On Sunday, Trump seemed to forget whom he favored in the race, telling a crowd, “We’ve endorsed—J.P., right? J.D. Mandel, and he’s doing great.”)

Vance will face off against the winner of the Democratic primary, U.S. Rep. Tim Ryan, in the November general election.