A June Full of Stars 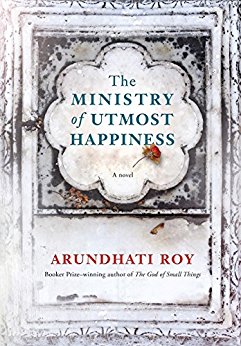 The stars are out this June, with 28 starred fiction titles being published, including Arundhati Roy’s first novel in 20 years, The Ministry of Utmost Happiness (June 6), which our reviewer says was “worth the wait: a humane, engaged tale of love, politics, and no small amount of suffering.”

If you’re looking for an absorbing book to carry you through the summer—or to binge on for a weekend—try Victor LaValle’s The Changeling (June 13), “a smart and knotty merger of horror, fantasy, and realism” in which “a tragedy thrusts a mourning father into peculiar, otherworldly corners of New York City.” Or Anthony Horowitz’s Magpie Murders (June 6), a “wildly inventive” novel within a novel for Agatha Christie fans, “both a pastiche and a deconstruction of golden-age whodunits.” Our reviewer calls it “the most fiendishly clever puzzle—make that two puzzles—of the year.”

Fantasy readers will enjoy a newly published J.R.R. Tolkien novel, Beren and Lúthien (June 1), which fills in some of Middle-earth’s back story. Our reviewer says this book “has it all: swords, sorcery, and pure and undying love” and calls it “essential grounding for an epic cycle that shows no signs of ending anytime soon.” Romance fans should check out Falling for Trouble by Sarah Title (is that her real name??), the second installment of her Librarians in Love series (June 26). What reader can resist that?

If you’re looking for short stories, former Kirkus Prize finalist Bill Roorbach returns with The Girl of the Lake (June 27), “readable entertainments that have much to say about the world.” Helen Simpson, one of my favorite writers, has produced her sixth sharp collection, Cockfosters (June 7), named after an area of North London; our reviewer says they “pack a quiet emotional power,” and they feature Simpson’s usual wry humor. Laurie Muchnick is the fiction editor.