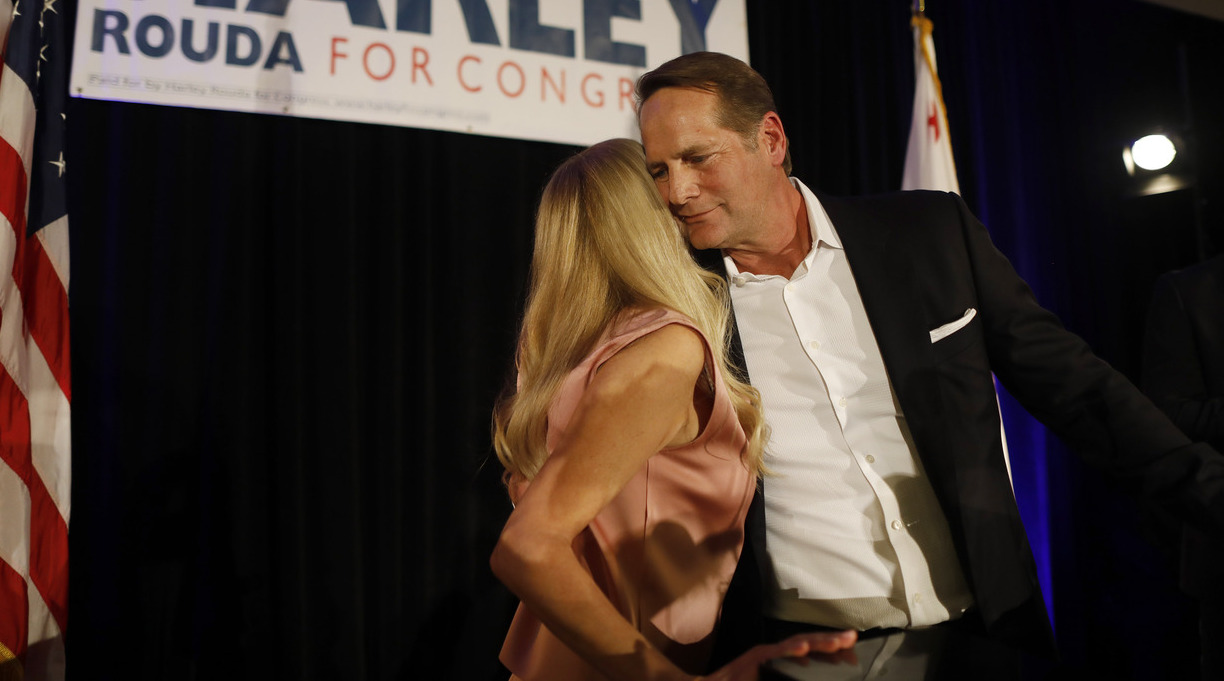 Kaira Rouda’s next novel might hit a little too close to home, the New York Post reports.

The suspense author’s forthcoming The Widow, about a woman who kills her unfaithful U.S. congressman husband, caught the attention of some on the staff of her own husband—former U.S. Rep. Harley Rouda.

The ex-congressman didn’t have a problem with the book, Kaira Rouda said, but his staff “got a little concerned.” Their fears were assuaged when the novelist agreed to make some changes to the novel.

“A couple of character names and descriptions the consultants felt were too close to home,” Kaira Rouda said.

Kaira Rouda, a former journalist, is the author of nine novels, including The Favorite Daughter, The Next Wife, and Somebody’s Home. Her husband of 32 years served as a Democratic member of the U.S. House from 2019 to 2021.

The author said she decided to write her latest novel after traveling to the nation’s capital with her husband. “It’s such a fascinating place, D.C.,” she said. “It has glitz and a dark side. It was calling to me to be a setting for a book.”

Harley Rouda doesn’t seem to be worried about life imitating art. “Kaira is vibrant, outgoing, and the last person you would ever think to figure out ways to kill people,” he told the newspaper. “I haven’t bought any life insurance.”

The Widow is slated for publication by Thomas & Mercer on Dec. 1.