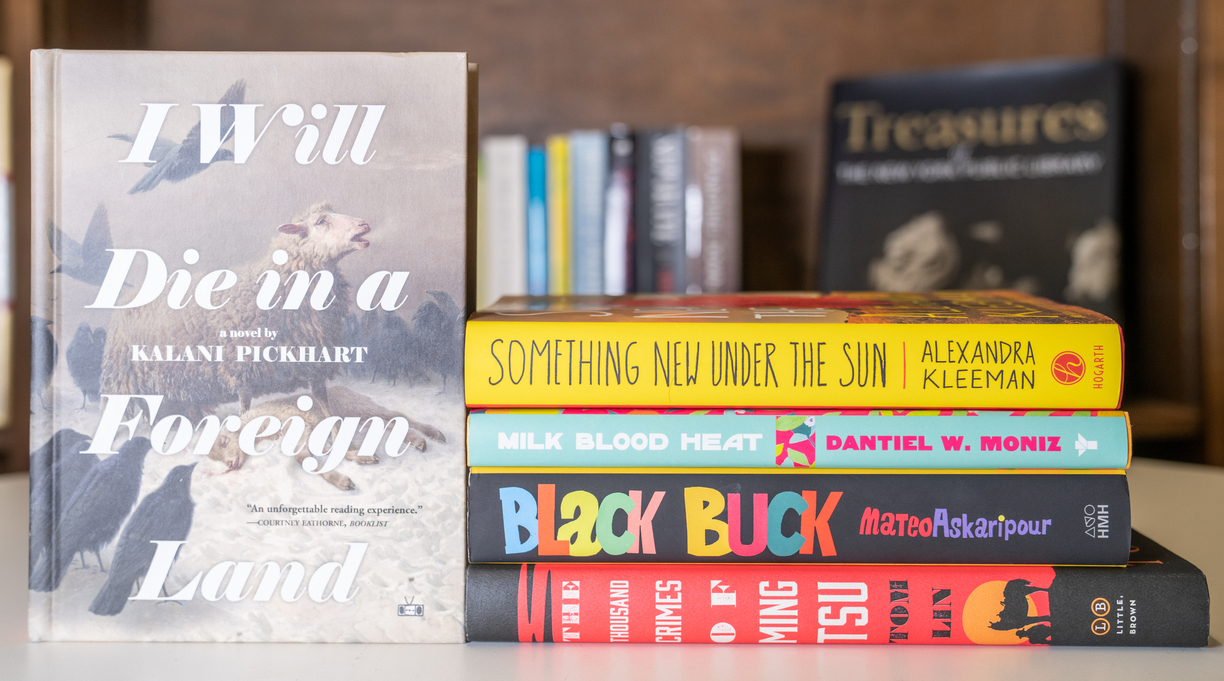 Kalani Pickhart has won the New York Public Library’s Young Lions Fiction Award, given annually to a work of fiction by a writer aged 35 or under, for I Will Die in a Foreign Land.

Pickhart’s timely novel, published last October by Two Dollar Radio, tells the story of four people whose lives become intertwined during the Ukrainian Revolution of 2014. In a starred review, a critic for Kirkus called the book “innovative, emotionally resonant, and deeply affecting” and “a more-than-promising debut from a very talented writer.”

“Political leaders often behave as if they have no idea what a human life even is, as if none of them had mothers or know the sound of a piano or remember the weight of one hand in another,” said Catherine Lacey, one of the award’s judges. “Kalani Pickhart’s I Will Die in a Foreign Land is a wild and prismatic refutation of that tragedy—the ongoing disaster of greed and domination and war.”

Pickhart beat out four other finalists for the award, including Tom Lin, author of the Carnegie Medal for Excellence winner, The Thousand Crimes of Ming Tsu; and Dantiel W. Moniz, who made the shortlist for Milk Blood Heat.

The Young Lions Award was established in 2001 by a group of founders including author Rick Moody and actor and writer Ethan Hawke. Past winners have included Ling Ma for Severance and Bryan Washington for Lot.