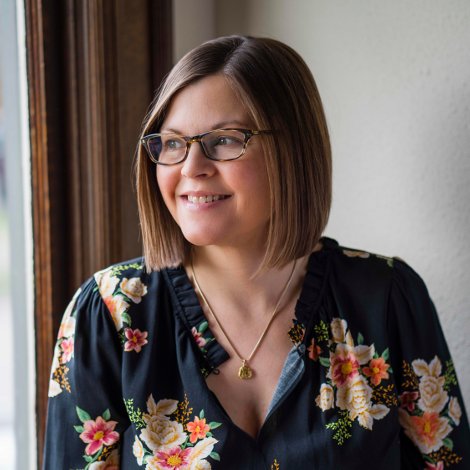 Midway through Karen Thompson Walker’s The Dreamers, a novel about a contagion that spreads throughout a California college town, she describes a lesson discovered at an inopportune moment: “…how disease sometimes exposes what is otherwise hidden. How carelessly it reveals a person’s private self.”

Reading this, I found myself thinking of how horror—good horror, anyway—can operate in fiction, reaching out its fingers to flick on a lamp in an otherwise darkened basement. We see things in horror beyond the horror, and the scares are actually about something far deeper.

“Sometimes I feel a little of my own fear,” Walker tells me over the phone one morning, “but I also think writing for me channels it. When I read the news, my imagination supplies details, and I’m quick to jump to fear just as a human being walking around, but as a writer I can channel some of what would otherwise be fear, because as a writer in a fictional universe, I’m controlling the story. What’s so frightening about real situations is that we don’t have control.”

Not to suggest The Dreamers, Walker’s nimble and lyrical second novel, functions purely as horror, but it does borrow familiar tropes, using them to tell a much larger tale of connection and defamiliarization in an America that seems particularly post-2016. “I’ve always been interested in contagion stories,” Walker says. “There’s something clarifying about life-or-death situations—how certain parts of ordinary human life collide with the extreme.”

Walker’s contagion takes the form of sleep: college students on one dormitory floor begin to nod off and then cannot wake up even though they still dream. Nobody knows why this is happening. The floor is quarantined. Outsiders—particularly a shy girl named Mei—fall under suspicion; students are shuttled to a detention center against their will. Elsewhere, cops and scientists roll in, as does the media (as in any good disaster). Others in the town harden themselves against their neighbors. They lock themselves away as survivalism takes hold. And that California air in this book, that California ground: so dry, so brittle. The Dreamers always hovers on the verge of smoke. Fire.

Reading the above may have brought to mind images of recent history that seem particularly of our moment: California blazes, detention centers, suspicion of outsiders.

“The way that I like to work,” Walker says, “is I come up with one fantastical element—this sleeping sickness—but after that I really want to set it in the real world.” (Her first novel, The Age of Miracles, also concerned disaster, albeit a more fantastical sort: the literal slowing of Earth’s rotation.) “Over time, as I’m writing, I’m always using things in our real world.” Let this not sound like opportunism—rather, cognizance. She started writing this book well before 2016 (that year where something really did feel like it happened to Earth’s rotation—maybe not so fantastical after all) but certainly kept writing it afterward. “More than me trying to make a point about the state of our culture or world, I just want the book to feel real,” she says.

Walker’s authorial eye seems to see everything and everyone in this book. “I didn’t ever want the same moment of the epidemic or outbreak to be told in two perspectives….I tried to make every chapter advance the story of the spreading disease while also revealing something new.”

Like a contagion itself, I suppose—moving ever forward, the disease, and revealing frightening truths along the way, private truths—until something stops it or no one remains.

Benjamin Rybeck is the author of a novel, The Sadness.