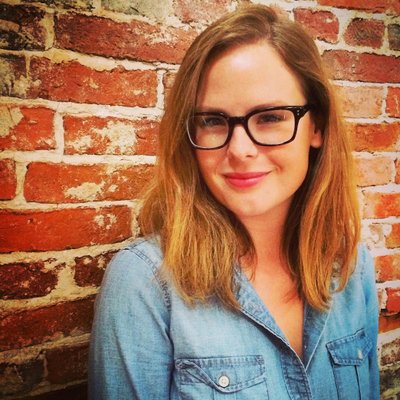 What do you think will be trends in publishing in the coming year?

Perhaps this is overly optimistic, but I’m rooting for the midlist. I see more literary imprints turning their attention to paperback originals and, in turn, questioning the idea that marketing budgets should necessarily be dictated by advance levels. Sometimes it’s the opposite. With smart, engaging indie bookselling and the advent of “bookstagram,” a lot of debut writers can find the right readers and sustain long-term careers. It’s also important to note that the midlist doesn’t just give writers a chance at a meaningful audience—it also offers young editors and agents a chance to rise through the ranks and make change.

Gothic literature, set anywhere in North or South America. I am not a straight horror fan, but this particular genre allows for such dark and understated humor à la Shirley Jackson or Jane Austen’s Northanger Abbey. Women are…very funny when writing about fear because for us, fear is never the worst thing. We adapt, even thrive, amid chaos. So yes, bring me savvy truth seekers and modern-day gargoyles. Gothic themes can also easily apply to narrative nonfiction and literary history.

What do you never want to see again?

Any tips for emerging writers?

Please make a website with your email or a contact form included. If it’s too expensive, put your email in your Twitter bio! I often find talent in smaller online literary journals and then have no way of getting in touch.

Finally, I want to highlight the work of some incredible pioneers in the industry who are building grassroots movements in order to balance the playing field. I learn from them every day. Jenn Baker is a writer, editor, and the host of the podcast Minorities in Publishing; Beth Phelan is an agent and the founder of #DVPit; and Saraciea Fennell is a writer and the founder of the Bronx Book Festival. They are just a few in a whip-smart, hilarious, and welcoming Twitter community trying to connect writers from all corners with New York City publishing.

Kiele Raymond is a literary agent at Thompson Literary Agency. She represents literary fiction and select narrative nonfiction with an emphasis on feminist voices and global stories. You can find her on Twitter.