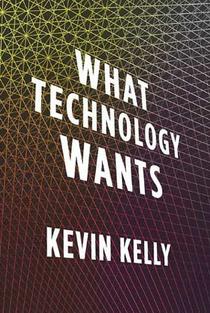 Kevin Kelly has always been light years ahead in reporting on technological trends. An expert on technology and its place in our culture, Kelly (New Rules for the New Economy: 10 Radical Strategies for a Connected World, 1998, etc.) currently serves as an editor-at-large for Wired magazine, which he helped launch and edited for almost six years. His latest book, What Technology Wants, is a compilation of posts from his blog, The Technium. Here, Kelly discusses technology’s place in the natural world, human culture—even his own home.

In the book, you trace the evolution of technology from the beginning of time to the present. How did you do your research?

I view technology as a seventh kingdom of life. That it’s extended from the same self-organizing, what I call “exotropic,” forces that run through life and even other astronomical bodies like planets and galaxies; that the same force...runs through technology...I think there are a lot of parallels with living systems...I looked at the scientific literature for anyone who was looking at [technologies] as systems…The stuff that we make is so interconnected, so interdependent, that it really should be treated as a system itself, a system I gave a name to, called a “technium.”

Why do you say it’s our moral obligation to increase the amount of technology in the world?

If you create one percent more than you destroy every year, compounded over years and centuries, that’s civilization…The reason why I think we have a moral obligation to align ourselves with that increase is because choices…are what enable every individual to find the best expression of their talents…Imagine a world in which Beethoven was born before the invention of the piano—what a loss that would be.

You admit that you don’t use Twitter, own a smart phone or even watch a lot of television. Why do you embrace some forms of technology and not others?

It’s just a weird kind of personal chemistry that goes on…I’ve never liked the send-and-chat stuff…I don’t have anything against it, it’s just that it’s not how I work. [With television I didn’t like] the feeling of being bossed around by the schedule. I had no objection to the content…I would even argue that Lost and things like that will be in the canons next to Dickens and Shakespeare—it’s just that good—but I think you’re crazy to watch it except on DVDs or streaming, without the commercials and back-to-back.

Which work(s) of science fiction do you think are the most realistic in envisioning the future?

I think one of the most brilliant things [George Lucas] did with Star Wars was that he introduced the idea that in the future everything was used…I think that’s very much what the tenor and the atmosphere and the kind of texture of the future is—that it will not be kind of a sparkling, streamlined, pretty, sterile thing, but it will very much be this kind of pastiche, this layering of old stuff, legacy equipment, that is kind of limping along with the veneer of new stuff on top of it. That combination is, to me, the most plausible view.

You write that, in the future, machines will be sentient. What will this look like?

Often times, the kinds of intelligences we make are…not any smarter than an ant… Individually, an ant is not very useful, but when you take a colony of them…you can actually get something useful out of them. That’s what we do with these very dumb chips, is that when we connect them together we have a collaborative intelligence that’s much more powerful than just the parts.

For example, the simple chips inside your calculator are smarter than you are at arithmetic...We don’t need humanlike intelligences…They’re very easy to make—it only takes nine months. Instead, we are going to make nonhuman, alien intelligences because they’ll be more useful to us. And so, we’ll populate the world with new kinds of minds, and that, in the long-term, is [what technology] wants—more kinds of minds. It’s tough to make other kinds of minds biologically, so it’s working through us to make minds that biology can’t make. 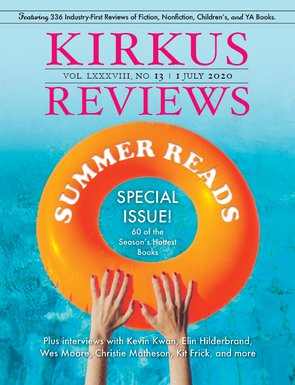