Kirkus Was the Ultimate Validation 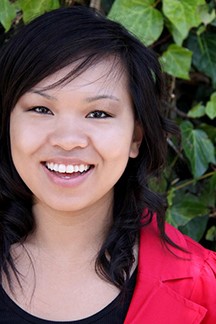 Anyone who has published a book can tell you how nerve-racking it is to release a body of work that has more or less become an extension of yourself. Writers like myself sometimes spend years working on story and character development, release it, and then are left at the mercy of readers.

Kirkus Reviews was, for me, like pulling off a Band-Aid. I knew I would receive an honest review somewhere on the spectrum of “an assured debut” to “a juvenile portrayal.” Submitting for a review is not a guarantee that the book will be well-received. But I knew Kirkus to be a reputable source with a singular agenda of reviewing books. I was also encouraged by Kirkus’ promise to pair my book with an appropriate reader. After looking at numerous other review sites, I decided that Kirkus was the only fair chance I had at getting an outside opinion of my work.

One would think paying for a review means you will receive a positive review, but this is not the case. We do not pay editors to tell us how amazing our work is, we pay them to help us make improvements, and the same should go for reviews. With Kirkus Reviews, you pay for an honest opinion and that was what I wanted. Could my book stand up to even the toughest critic?

When Blue Sun, Yellow Sky was awarded the Kirkus Star and included in Kirkus’ Best Books of 2015, it was the ultimate validation. Not only did the reviewer create an engaging piece that addressed the reader’s needs, but the tone and candor also matched the book itself. And the taglines they provided at the opening and closing of the review were perfect for my social media outlets.

My book had received six other awards, but no seal legitimized my work the way Kirkus Reviews did. Because of this amazing distinction, libraries, bookstores and online retailers welcomed Blue Sun, Yellow Sky into their catalogs. This, in turn, encouraged readers to take a chance on an indie book and led to not only greater book sales, but also more quality, in-depth reviews from readers across all platforms.

Jamie Jo Hoang is the author of Blue Sun, Yellow Sky. She is a writer, thinker, explorer, lover of tea, certified advanced diver, and never far from an ocean. Hoang currently lives in an apartment in Los Angeles with a décor made up almost entirely of Post-It Notes. Her debut novel was named one of the Best Books of 2015 by Kirkus Reviews and won a silver medal at the Independent Publishers Awards. She blogs about her life and travels at: www.heyjamie.com. Tweets at: @heyjamie. And posts pretty pictures on Instagram as @heyjamiejo.