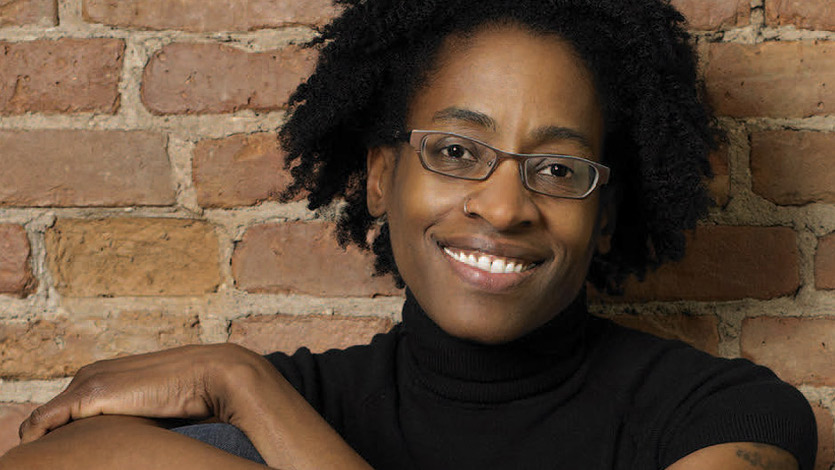 Jacqueline Woodson is the recipient of this year's renamed award. Photo by Marty Umans.

So began one of the several emails I received yesterday, addressed to me and my colleagues on the board of the Association for Library Service to Children, a division of the American Library Association. Librarians and journalists aren’t usually called book-burners, so it was somewhat bemusing to see the label applied to me.

This note, along with several other not-so-friendly emails and some 200-plus comments on ALSC’s blog, was triggered by a vote taken on the afternoon of June 23 to change the name of the Laura Ingalls Wilder Award, which “honors an author or illustrator whose books, published in the United States, have made, over a period of years, a substantial and lasting contribution to literature for children,” to the Children’s Literature Legacy Award. A further tweak was made to the award description, appending “through books that demonstrate integrity and respect for all children's lives and experiences.”

That new concluding phrase is critical to understanding why I, as a board member, joined the unanimous vote to change the name of the award. Wilder’s legacy is a series of books that have been beloved by many—but not by all, by a long shot. The semifictional westward adventure so many children vicariously thrilled to was accomplished at the very real-life expense of the Indigenous peoples who occupied the land before the Ingalls family, peoples whose legitimacy as sovereign nations and even existence were dismissed by Wilder’s casual assertion that “there were no people. Only Indians lived there.” This statement, from Little House on the Prairie, first published in 1935, was revised in 1953 to read, “there were no settlers. Only Indians lived there.” But the West was very much settled—by the Osage, Lakota, Pawnee, and many other Native peoples.

When you combine this underlying attitude with repetitions of “the only good Indian is a dead Indian” and Pa’s performance in blackface in a later book, garishly illustrated by Garth Williams, it is clear that Wilder’s books do not “demonstrate integrity and respect for [the] lives and experiences” of Indigenous children or black children.

It is perhaps worth noting that I have a closer professional connection to Wilder’s legacy than many, as both Wilder’s career and Kirkus Reviews were launched by Virginia Kirkus, who acquired Little House in the Big Woods as head of the children’s department of Harper & Brothers before Depression-era cost-cutting caused her to reinvent herself as a book reviewer. Legacy is a funny thing.

Wilder was a product of her racist times—but retaining the attachment of her name to an award that’s meant to celebrate achievement in American literature for children is, to me, saying that those Indigenous children and children of color we are serving in our libraries and schools are to be less valued, less loved than other children.

Read the books if you want. Love them if you can. You will be just as able to check them out of the library tomorrow as you were last week, as ALSC and ALA stand foursquare behind your freedom to read. Contrary to my correspondent’s assertion, we didn’t burn any books this weekend.

We did present the newly renamed Legacy Award to Jacqueline Woodson, an African-American writer who has worked her entire career to, as she said in her acceptance speech, make sure children “feel safe and seen in the world.” This is something Wilder demonstrably did not do. That Woodson did not have to accept an award named for a person whose body of work denigrated her, her own children, or the Indigenous, black, and brown children among her readership is an action—call it a legacy—I am proud to have been a part of.