Learn More About the Creators of Science Fiction 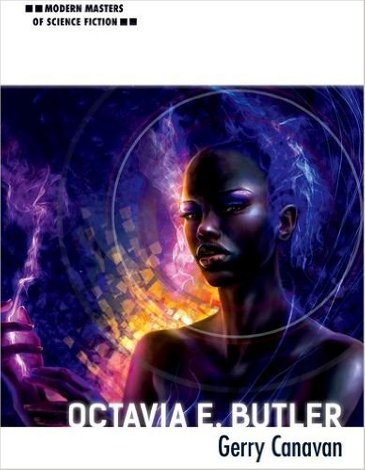 At some point, many hardcore speculative fiction readers expand their interest in genre beyond the stories themselves. For them, engaging with science fiction and fantasy literature becomes something more than just reading novels spoon-fed to them by publishers. They want to know more about what makes science fiction tick. That is, the interest switches from genre fiction to the genre itself. There is a fannish desire to read non-fiction books about the fiction they love to read.

Speculative fiction readers have plenty of places to channel that desire for information about science fiction literature. There are countless books on the subject, ranging from the very academic to the downright whimsical. Similarly, there are many corners of sf that are explored in non-fiction texts. Some of it puts sf in historical context, comparing seminal works with the time periods in which they were written; some are dissertations on science fiction's impact on society (whether intentional or not); still others take a look at specific classic science fiction titles and explore the bejesus out of it. So where does an eager-to-learn fan start?

A logical subject of interest to curious fans are the authors themselves. When some readers find an author they love, they tear through their body of work like there's no tomorrow. Then, when tomorrow comes, they're wondering how else to satisfy their affinity towards the creators who took them to new worlds. Three recent books that focus on science fiction authors will help satisfy that hunger.

The first is Gerry Canavan's book Octavia E. Butler. Canavan, an Assistant Professor of 20th- and 21st-Century Literature at Marquette University, dives deep into researching the life of one of science fiction's most significant and most beloved authors. Sourced from Butler's unpublished personal papers, the book focuses on Octavia E. Butler's writing career – only a dozen novels and several short stories long, but so influential. As an African American woman writing fiction in a field predominantly populated by white males, she channeled the alienation she felt and the hardships she endured into some of the best stories literature – not just science fiction – has to offer. Her stories intellectually engage readers while tackling themes of post-colonialism, power versus justice, and philosophy. Canavan's book helps readers understand Butler's widespread impact on the field.

Canavan's book is part of the Modern Masters of Science Fiction series published by University of Illinois Press, a series focused on the influential figures in sf. Another recent book in that series focuses on an author who is described as a "genre-bending pioneer and cyberpunk forefather." Alfred Bester by Jad Smith traces Bester's interesting path to becoming a science fiction author. In his early days, Bester floated between various jobs in comics, radio, and TV. His occasional writing led to him being labeled a "dabbler" by established authors. He was seen as an outsider rather than a serious science fiction author. That changed during science fiction's New Wave period in the 1960s, when the leading writers took notice of Bester's stylistic prose and flat-out excellent fiction. (No doubt, his 1956 novel The Stars My Destination, one of science fiction's classic space operas, helped out in that regard.) Alfred Bester's reputation grew, and he himself became an influential writer of New Wave and a pioneer to the forthcoming Cyberpunk movement. Smith's examination of Bester's stellar trajectory from pulp fiction writer to Science Fiction Grand Master is augmented with looks into Bester's personal life, how he looked at mainstream science fiction, and his determination to forge his own path in a field that didn't see him coming.

Alfred Bester was the winner of the first-ever Hugo Award for Best Novel in 1953 for the sf/murder-mystery hybrid The Demolished Man. The Hugo Award, you may care to know, is named after another influencer of the sf field: Hugo Gernsback, who is the subject of yet another book that shines the light on science fiction luminaries. The Perversity of Things: Hugo Gernsback on Media, Tinkering, and Scientifiction edited by Grant Wythoff looks at the man who is considered by many to be the father of modern science fiction. Gernsback was an inventor, a writer, and a publisher who launched Amazing Stories, the first science fiction magazine, in 1962. The impact of Amazing Stories was huge. Remember, this was a time before most people understood the impact of emerging media, but Gernsback did.  Wythoff's indispensable account of Gernsback's understanding of the power of media is remarkable in many ways and is expected to reset people's understanding of sf. Wythoff uses examples of Gernsback's writing – fiction stories, essays, articles, editorials…even the inventor's own blueprints – to show how a tinkerer launched a new era in written science fiction.