Let's Hear It for the Dads 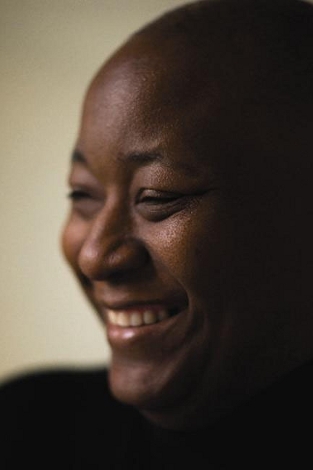 In 2009, award-winning author and poet Hope Anita Smith wrote and illustrated Mother Poems, a set of original poems about the loss of one pre-teen girl’s mother and her metamorphosis into a “motherless shell.” It was a book the Kirkus review called “undeniably visceral,” this personal set of poems from Smith.

Now, with Father’s Day just around the bend, Smith returns with a joyful set of original poetry My Daddy Rules the World: Poems about Dads, illustrated (as was Mother Poems) with torn paper art. It pays tribute to fathers, told from the point of view of children. With varying tones—humorous, introspective, loving—these children celebrate the everyday moments.

Breakfast with daddy. Dancing or wrestling with dad. Playing catch in the twilight with a father who has wrapped up his work just in time. Learning to ride a bicycle with a father who holds the seat. A guitar lesson from Daddy. These small, but meaningful, moments mean everything to the children who speak forth from the poems. “My daddy knows most everything / when his powers are unfurled,” Smith writes in the titular final poem, “and I’m not scared of anything— / my daddy rules the world.”

Smith dedicates the book to the “dads, daddies, pops, and poppas” of the world and to “every man ‘fathering’ a child and to those who stand in the gap offering guidance, love, and support to children in need.”

I talked with her via email about these poems, her art, and what’s next

You do a lot of writing workshops and school visits, yes? Have you had a chance to share this book with students/children yet?

Hope: I haven’t had an opportunity just yet. We are at the end of the school year, but I have a few new ideas for sharing My Daddy Rules the World in the new school year. I’m putting together a program for this book that (spoiler alert) may involve me bursting into song.

In the meantime, I am having a great time watching the reactions of the “big kids,” a.k.a. the adults who read the book. The poems seem to evoke powerful memories and emotions for them.

You are a woman of the arts (storytelling, drama, writing, art, music). What do you love about writing and illustrating books for children, as well as creating poetry for child readers?

What, in particular, do you love about torn paper art?

Hope: I illustrated another book, called Mother Poems, using torn paper. I originally planned to cut the paper, but I chose torn paper because I have a problem with perfectionism. I knew that no line would be straight enough or circle, round enough. It was an opportunity to free myself, to let go and let her rip.

It was challenging, but I loved the result and it definitely stretched me a bit. I’ve since created several other pieces using this technique, because I enjoy it so much.

Can you talk about why you decided to make the people in My Daddy Rules the World faceless?

Hope: I did so, because to give them facial features would have been a shameless plug for the alphabet (O’s for the eyes, an L for the nose, and a B and a C, on their sides, for the lips), so I made lemonade. I turned the faceless images into an opportunity. I decided to let the faces act as a mirror that would allow the reader to insinuate themselves into each image.

Do you have any special memories of Father's Day from your own childhood?

Hope: No, I don’t have any special Father’s Day memories, but I have been blessed to have some amazing men who stood in the gap and gave me love and support when I needed it most.

What’s next for you?

Hope: I’m excited about several things. A performance piece for My Daddy Rules the World; possibly a one-woman show, based on my Mother Poems book; and a project that holds a special place in my heart, all about a Holocaust survivor.