Life in the Big Easy: 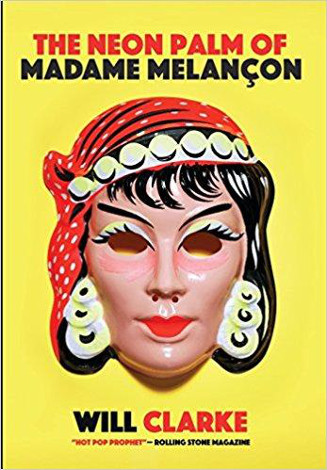 Novelists love New Orleans. Its hot, humid summers, dazzling architecture, unique gastronomical delights, and diverse culture have proven irresistible, providing the colorful backdrop for a wide range of fiction—from literary classics, such as John Kennedy Toole’s A Confederacy of Dunces and Walker Percy’s The Moviegoer, to such popular genre outings as Anne Rice’s The Vampire Chronicles series and John Grisham’s The Client. Here are a few notable works that Kirkus Indie has reviewed in recent months, all drawing on the strange mystique of the Queen of the Mississippi:

Will Clarke’s supernaturally tinged The Neon Palm of Madame Melançon, for example, has oil-company attorney Duke Melançon, born and raised in the Big Easy, on a search for his missing, “witchy” mother. Kirkus’ reviewer calls The Neon Palm a “bizarrely soulful ride” through a New Orleans “described in raucous and earthy details, a perpetual morning-after that juxtaposes inebriated tourists and battered locals.”

In Hannah Rials’ YA paranormal romance Ascension, a 17-year-old Virginia girl—a human-vampire hybrid called a Deuxsang—visits her sister’s family in New Orleans, where she meets another Deuxsang and falls into a star-crossed relationship with a male witch. The novel, which “should appeal to fans of Twilight,” according to Kirkus’ reviewer, is also “replete with lively descriptions of the city, especially the thriving culinary and music scenes.”

The Egg, a short story collection by Hildred Rex, takes a somewhat darker tone, using the city’s true-crime tales as springboards for noir fiction. The stories touch on masquerade balls, pagan ritual, and a real-life murderer of the 1910s, known as the Axeman of New Orleans. Kirkus’ reviewer writes that Rex “truly shines…in his portraits of 20th-century New Orleans as a world of jazz, booze, and hedonism.” David Rapp is the senior Indie editor.