New life given to some beloved modern classics 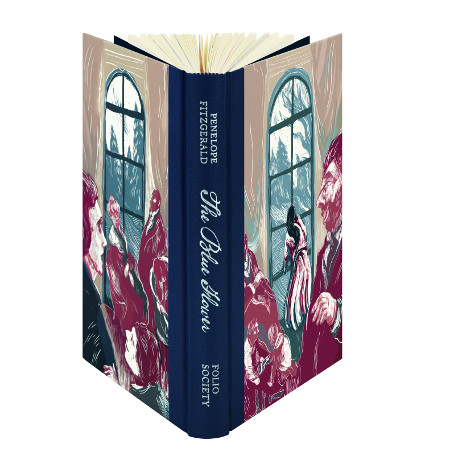 The flow of books is relentless at the Kirkus offices, an endless stream of enticing titles coming out four or more months from now. But sometimes a backlist book makes a welcome appearance, having been reissued and given new life by its original publisher or by another press such as New York Review Books. Both of these things have happened recently to the work of Penelope Fitzgerald, one of my favorite writers, whose backlist was beautifully redesigned by Houghton Mifflin Harcourt in 2014 and whose masterpiece, The Blue Flower, appeared last fall in a lushly illustrated and slipcased edition from the Folio Society.

As I turned the thick, lovely pages, I couldn’t help remembering the section in Hermione Lee’s Fitzgerald biography about the book’s original publication: Fitzgerald’s American editor, Chris Carduff, attributed the booming sales figures to the fact that it was a trade paperback original priced at “twelve bucks”—in addition to being a work of genius, of course. I’m glad it was able to reach so many people who might not have shelled out $29 for a novel by a relatively unknown 78-year-old British writer about the early life of the German Romantic poet Novalis, but it’s great to see it getting the deluxe hardcover version it deserves.

I can think of plenty of writers who could use the deluxe backlist-redesign treatment, so let’s just start with the British women: Margaret Drabble, Iris Murdoch, and Muriel Spark, to name a few. Penguin Classics published a gorgeous edition of Angela Carter’s

The Bloody Chamber last spring, with an introduction by Kelly Link; how about Nights at the Circus and the rest? When I asked a bookstore owner a few years ago why she wasn’t stocking books by these authors, she said they didn’t sell—but I’d love to think some creative attention could change that. In the next few months, I’ll do my part by writing about some not-so-old-but-almost-forgotten books that are due for a comeback.