On Losing a Literary Giant 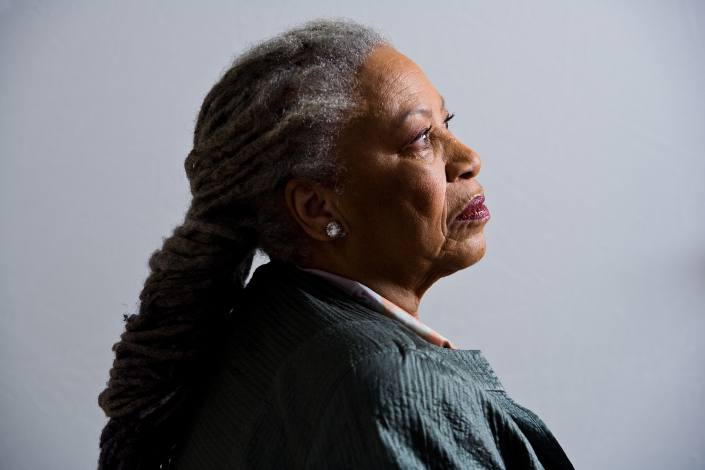 I saw the news on my phone as I rode the elevator up to Kirkus’ New York office on the morning of Aug. 6: Toni Morrison had died. Though Morrison was 88 and had used a wheelchair at public appearances in recent years, the news still stunned. Her wisdom and unimpeachable dignity—not to mention her groundbreaking literary achievements—seemed to make her almost immortal; it was hard to conceive of a world without Toni Morrison in it, speaking, writing, inspiring.

Morrison has been part of the literary landscape for as long as I can remember. I discovered her 1973 novel, Sula, after reading about it in Barbara Smith’s seminal essay, “Toward a Black Feminist Criticism,” for a course on literary theory my sophomore year in college. (Are Sula and Nel lesbians? Smith read them as such, and suddenly literary criticism seemed a lot less tame to me.) Sula led me to The Bluest Eye and Song of Solomon. The fall of my senior year, Morrison published Beloved—a novel about slavery in America that was also a ghost story; its moral gravity and imaginative power seemed to transform what fiction could do. Spellbound, I began writing about Beloved for my senior “comps” paper in English. That December, Morrison delivered a powerful eulogy for James Baldwin at his funeral service; I hungrily read it in the New York Times Book Review later that month, and it sent me—where had I been?—to Baldwin’s own writing.

In the years since, Morrison’s books have come every few years like blessings: Jazz, Paradise, Love, and more. She won a Pulitzer Prize and then a Nobel, and her place in the literary firmament seemed assured. But she was still very much of our world, engaged and involved. I was fortunate to be in the auditorium at The New School in New York City the night in 2015 she accepted the Ivan Sandrof Lifetime Achievement Award from the National Book Critics Circle; she spoke with great humor and humility and, as one expected, insight. Yes, it was a lifetime achievement award—but it seemed impossible to believe she wouldn’t be with us for years to come, an elder dispensing wisdom to her tribe.

Now she’s gone. To memorialize her, start by reading Gregory McNamee’s Appreciation of Morrison. Then check out the list that fiction editor Laurie Muchnick assembled of 8 Toni Morrison Books Everyone Should Read with their original Kirkus reviews. (I love this tour through the Kirkus archive, seeing what our reviewers said before a book’s reputation was fixed. For example, Beloved is “truly majestic…strong and intricate in craft; devastating in impact,” which seems exactly right.) Finally, please go back to the books themselves—works that will surely continue to deepen in richness as time goes by.

Certain deaths have a similar effect: Ursula K. Le Guin. V.S. Naipaul. Philip Roth. All died last year, and those passings, like Morrison’s, are literary milestones. We miss the opportunity for further communion with a favorite author. Just this February, Morrison published The Source of Our Self-Regard, a collection of her essays, speeches, and other nonfiction writings. (Included is that 1987 eulogy for Baldwin.) It was a reminder that she was a great thinker as well as novelist. Toni Morrison is no longer with us, but we need her words now more than ever.