Love & Resilience From My Hometown 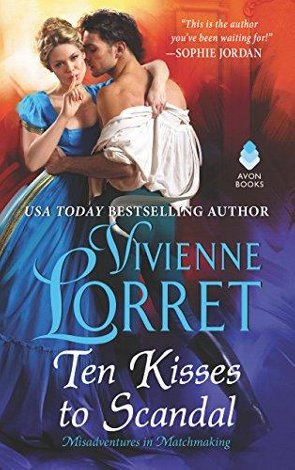 Greetings (again) from the great state of Texas and the awesome city of El Paso!

Believe it or not, my husband has never been here before, despite having been married to a native El Pasoan for nearly 25 years. (A variety of reasons for that, but mainly my mom always wanted to come visit us in DC and then Madison.)

He is fascinated by the ubiquitous use of Spanish, and I wish the border were as fluid as it was when I lived here so I could show him the beautiful city of Juarez.

I am happy to say Matt loves the city, but it’s very different from the one I grew up in! A lot of downtown renewal—not, of course, without controversies, but very pretty.

Since my mom lived in this house for over 45 years, she acquired more than her share of El Paso memorabilia, and I was thrilled to find a copy of a book of pictures from the turn of the (20th) century, as well as an El Paso history from “Aniversario Del Paso ’73.”

The book begins, “There is strange magic in the very name ‘El Paso.’ It flows from the liquid L to the labial P with a lilt that only the Spanish language can accomplish, and it rings down through history. You can find that name ‘El Paso’ in print ten years before the pilgrims made their first landfall at Provincetown and it refers to the very spot we now call home.”

El Paso from a bird’s eye view is beautiful. Scenic Drive is built into the side of the mountain and includes a stop point where you can take in a breathtaking view that spans for miles on a clear night, an ocean of twinkling lights that make you feel like magic is indeed possible.

The city wraps itself around a range of mountains, The Franklins, that are the Southernmost tip of the Rocky Mountains in the US.

El Paso is located in the Chihuahua desert. It’s dry (read, no water other than the Rio Grande, which at the time was a great river), sandy, and chock full of desert plants and cactuses. Even in high school I was fascinated by the idea of the Spanish Conquistadors plodding through the landscape in their leather and armor.

The history of El Paso and the conquest of the region by Spain is violent and horrifying in many ways, yet touching base with lifelong friends has reminded me of how welcoming and resilient the area is, as well as the people who live here.

I haven’t found any romance novels based in the area—let me know if you know of any!—but I have read a few historical romances recently that feature some resilient characters, determined to change their lives for the better.

Have you all discovered Vivienne Lorret? Book 2 of the Misadventures in Matchmaking series comes out at the end of this month.

The Bourne Matrimonial Agency has one rule: Never fall in love with the client. However, they never said anything about kissing a rake…

Briar Bourne’s matchmaking career could be summed up in two words—comic disaster. Unless she can learn about the irresistible forces that draw men and women together, her professional future looks rather bleak. But Briar has an intriguing plan—enlisting London’s most irredeemable rake to teach her everything he knows about attraction. Given his notorious reputation, it’s no surprise that Nicholas Blacklowe, the Earl of Edgemont, requests one thing in exchange for his tutelage. For every lesson, he wants a kiss in return. And what harm could there be in a simple kiss? After all, Briar would never fall for a scoundrel…

Nicholas has no romantic notions about love, and no intention of changing his ways. He’s only helping Briar so that she can find the perfect bride for his jilted cousin. Yet Briar is so clever, so curious, so candid—so blasted tempting—that soon, Nicholas can’t stop wondering what it might be like if he was irresistible to her.

When Briar inadvertently matches a mother with her son, the ton is scandalized and the agency becomes a laughingstock. So Briar decides to go after the most eligible bachelor in London, but she winds up in the carriage of the most infamous rake. What could possibly go wrong?

The series is delightful. Highly recommend. (Kirkus liked it, too.) You don’t need to read the first title, HOW TO FORGET A DUKE to start with this one, but it was great, too.

I’m loving Laura Lee Gurhke’s Dear Lady Truelove series, and the third title, GOVERNESS GONE ROGUE, comes out at the end of January. The series is both cute and touching, and this one deals with a ruined governess who strives to change her circumstances by dressing as a man to apply for a position as a tutor to twin boys. Kirkus writes, “Guhrke continues her delightful Lady Truelove series with similar charm, creating another irrepressible heroine and making another nod to the frightful historical disparity between women’s and men’s freedoms but adding two adorable kids and a gentleman who needs to be reminded of what’s important—à la Mary Poppins—to the mix. A clever, sexy, and endearing historical romance.”

Happy reading! May your days be filled with love and magic of all kinds!