Love in the Time of Southern “Royalty” 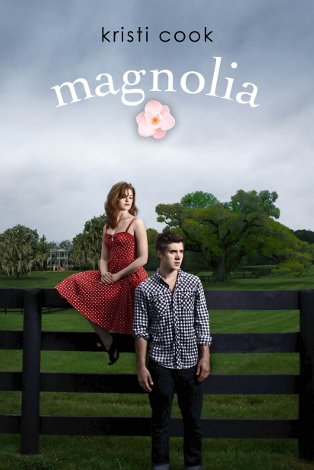 Cover Story: On the Fence

Talky Talk: Straight Up with a Southern Twist

Cover Story: On the Fence

In the Ancient Book of Marketing to Teens, it is written that verily, all books with love/hate relationships must come with stock photo covers of attractive young people scowling with their backs turned to each other. Great Bonus Points are awarded if anyone Positions Thyself With Thine Arms Crossed.

No, this cover isn’t exactly my favorite, and in fact I’d be worried about anyone seeing me with it, lest I have to go into my patented “YA is for everyone” lecture.

Jemma and Ryder are meant for each other—or so their mothers say. The kids tend to disagree, which doesn’t bode well for their mothers’ dream of uniting the “royal” Marsden and Cafferty clans for the first time since the Civil War.

Jemma is a Type-A straight shooter with dreams of film school in New York, and Ryder is bound for college football stardom. Annoyed by their mothers who are already planning the wedding, Jemma and Ryder avoid each other—until a family illness and a violent storm throw them together.

Poor Jemma has been so stifled by her awful (AWFUL) mother and both parents’ expectations that she really doesn’t have much of a backbone. She snaps at Ryder a lot, and takes charge during the storm, but when it comes to standing up to her parents? Forget it. She’s ready to throw her dream of film school away (as in, when she’s 18 and an adult) because her parents insist she go to their alma mater. Her dad is supportive at first, but when her sister becomes ill, he shuts it down—as if it’s reasonable to dictate where your adult child goes to college*—and Jemma just takes it.

Overall, though, she’s a good person, so once she gets out from under her parents’ thumb, we’d be friends.

* I know, parents holding purse strings make that common in real life—but I still think it’s a crappy thing to do to your kid. Having an opinion is one thing, acting as though there’s only one “right” choice is entirely another. Which is why I can’t figure out why I was so angry on Jemma’s behalf, but she wasn’t.

Since this is a Romeo and Juliet retelling, we all know Jemma and Ryder are going to get together—it’s just a matter of when and how. Let’s just say that Kristi Cook knows how to write a good make-out scene. Get your church fan ready.

Talky Talk: Straight Up with a Southern Twist

Cook’s writing is straight and to the point. The book is told from Jemma’s perspective, so we’re privy to a lot of her thoughts and observations on everything from how tall and good looking Ryder is, to why she hates the racist lady in her mother’s social group. Thankfully, although it’s peppered with Southern turns of phrase, the prose never becomes a caricature. There were a couple of wince-inducing spots where Jemma and Ryder heroically save each other’s lives with Hollywood levels of drama, but since this is meant to be a fun book, I’m more than willing to overlook that.

I’m always game for a good retelling, and this one turned the Romeo and Juliet story on its head—thankfully, part of the charm is that it’s far less tragic than the original.

In case I haven’t said it enough, let me reiterate: Jemma’s mother is horrible. What kind of parent is so invested in their child dating—and marrying—another kid that they get legitimately upset when their child dates a Non-Chosen-One? Not to mention that the best Jemma’s mother sees for her is a long string of sorority parties (her sorority, of course) capped off with a MRS. degree. I wanted to stomp right into the book, shake her mother, and scream, “YOU ARE NOT YOUR CHILD. STOP LIVING VICARIOUSLY.”

Her dad isn’t much better, either.

Nothing is creepier to me than tornadoes, and I come from the land of earthquakes. The fact that this book puts it characters right in the middle of at least two—well, let’s just say I was glad when that was over, because the descriptions were the stuff of my nightmares.

Book, you were just what I was looking for: fun, light, with plenty of hot moments. We might not be a lifetime match, but thankfully we don’t have anyone planning the wedding for us, either.

Jennie is the leader of the San Francisco FYA book club and an old-school member of the L.J. Smith fandom. When she's not reading or talking about reading, she cooks obsessively, runs an Etsy shop, thrifts for vintage everything, practices law, and resents how much the single season of The Secret Circle sucked.