The author of PRETTY IS describes her inspirations 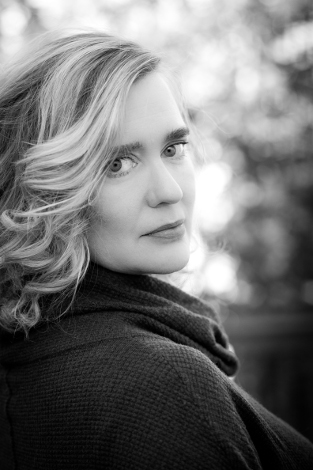 Words I missed in the course of my spelling bee career, between the ages of 11 and 14: Vichyssoise. Oenologist. Creel. Narcissism.

I had no acquaintance with French cuisine, or viniculture, or the accoutrements of fishermen: the first three words could be excused. But narcissism? That one has always felt like an ironic nudge, a slightly barbed private joke. Wasn’t it admiration I was seeking on the spelling bee circuit, in my own hapless, nerdy way? And doesn’t that boil down to narcissism, even if you’re a shy, solitary twelve-year-old?

Or is it more complicated than that? In Pretty Is, I lend my spelling bee background to Lois, my prickly heroine, and I make her counterpart, Carly May (later Chloe) a child beauty queen—one of those sequined, lipsticked little girls trotted around to pageants. She is no victim of an over-zealous pageant mom, though: like Lois, she chooses to compete.

When I conceived of the novel, I knew that this childish yet intense ambition would be an important element of both characters; that it would be part of what drew them to each other and what defined their relationship with their enigmatic kidnapper. It was also what connected them to me: like Lois and Carly May, I grew up in a very small town where I felt like an outsider. Bookish, scrawny, and unfashionably academically inclined, I sought ways to distinguish myself, to confirm something about myself—something I needed to believe. I wanted to believe that I was extraordinary, that my present social agonies were a mere blip on the screen of a sure-to-be glorious life. What I didn’t realize—what no one realizes, until much later—was how very ordinary such feelings are. At the time it didn’t matter: like my characters, I felt alone in the world.

I remember the day I became aware of the vast network of spelling bees sponsored by newspapers and fairs across the country. This was before the Scripps Howard national bee was broadcast on ESPN, like a quirky sport; before the documentary Spellbound was a surprise hit on the indie circuit. It was the early 80s and my father was reading the Sunday paper; when he came across the name of the daughter of a friend in an article about a regional spelling bee, he showed it to me. I read the article, scanned the list of words that accompanied it, and thought, like Lois: I could do that.

And so began a four-year career that culminated in my winning the New York State Fair bee when I was 13. My mother and I compiled long lists of strange and tricky words from the dictionary; she tested me endlessly. My picture appeared in the paper; occasionally I was interviewed for longer pieces. What were my favorite books? reporters would ask. What did I want to be when I grew up? At restaurants, people would approach our table and ask me to spell the most difficult words they could think of. I was, in a very small way, a celebrity.

Once they are removed from the worlds in which they have carved out a kind of small-town fame, Lois and Carly May transfer their need for admiration and affirmation to their kidnapper, Zed, handsome and sometimes charming and ultimately unknowable. In this context, their desire to believe in their own exceptionalism seems darker; the girls are more vulnerable, and their dependence on Zed to confer their sense of self upon them is meant to be troubling.

Zed is critical not only of Carly May’s pageants, but of Lois’ spelling bees. He accuses them of making cheap spectacles of their meaningless talents. But the alternative—that he will tell them who they are, and what they are worth—is deeply unsatisfying.

For me, Lois and Carly May’s hunger for admiration isn’t narcissistic at all. Rather, it points to fundamental questions about identity: How do we know who we are unless the world reflects our images back to us? Can we trust it to tell the truth? As adults, Lois and Carly May (now Chloe) are still tangled in these riddles. In Hollywood, Chloe relies on casting directors and fickle audiences to confirm her sense of self. Lois avoids notoriety, concealing her identity as a successful author and refusing to look at herself in the world’s mirror.

But she still seeks meaning in spelling words. Zed once mocked her—as I confess my mother once did me—for simply memorizing words, not bothering to discover their meanings. Now her old lists of words have become litanies, lending meaning to her troubled life, offering solace. This isn’t a habit of mine, I am glad to say. But for Lois, it’s one way of deciding who she is, who she can be, choosing her own definitions.