Making Your Own Choice 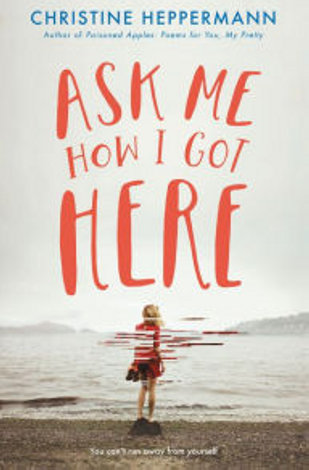 ‘Not Just the Dirty Parts’

I made Nick promise

not to tell anyone else

when people look at me

I want them to see

—Ask Me How I Got Here, by Christine Heppermann

Addie Solokowski is a sophomore at Immaculate Heart Academy, an all-girls Catholic school in Minnesota. She’s a star of the cross country team; her parents have a solid relationship with her and with each other; she’s dating a dudebro-ish hockey player from Immaculate Heart’s brother school, St. Luke’s. That doesn’t last long, though—between Craig’s asinine behavior (and, she finds out later, cheating), her attention turns to Nick, Craig’s much more sensitive best friend.

And then she gets pregnant.

Making the decision to have an abortion isn’t particularly difficult for Addie, nor is procuring it—her strong relationship with her parents helps with the added hurdle of Minnesota’s parental consent law, money isn’t an issue, and her boyfriend is supportive—and in that, Ask Me How I Got Here is quite a lot like Exit, Pursued By a Bear, in that it depicts the best-case scenario for a hard situation. For Addie, this was the right choice, and she never questions that—but it’s still a life experience that she needs to process. And process she does, through faith, friendship, and writing.

For me, it’s always an especial joy to read a verse novel that works as a story cycle of separate poems, rather than one long piece of free verse. I don’t see the former as often as the latter—the last time I read one was early this year, when I finally picked up Marilyn Nelson’s memoir How I Discovered Poetry—I love that the poems can be read and digested on their own, but when looked at as part of a larger whole, they gain even more depth and nuance and meaning.

There is so much to love here: the way that the thread about Addie’s decision to quit the cross country team is very much about choice; the way that her disinclination to tell her parents about it parallels the way that teen pregnancy and abortion narratives more commonly play out; that her relationship with Nick ends just because it’s over, not because of anyone being horrible (which actually felt like a nod to Judy Blume’s Forever); that Addie is comfortable with her own sexuality and attraction to others, in that over the course of the book, she gets romantically involved with two boys and a girl, and the focus stays on the people and personalities and relationships, not on slut-shaming or the need to specifically label anyone’s particular sexual orientation.

My favorite thread was the one about religion—and it should be noted that I read this from an entirely secular perspective—depending on your beliefs, this aspect of the book may read differently. Addie, whose school is “named for the pure love of God / that flows through Mary’s heart,” begins to think more and more about Mary, and what her experience—virgin pregnancy and birth, and then being the mother of Jesus—might have been like.

Depending on your reading of it—yay poetry, and yay debating about poetry!—‘When The Holy Spirit Came upon Her’ deals quietly with choice and consent, as Addie mulls over the image of Mary as God’s “magic hat,” as in, “Abracadabra, there was / something / inside her” and thinks about what it might be like to have to explain that “something” to her husband, her parents, to “the neighbors / holding the stones.” In ‘Celebrity Mom’, she describes Mary seeing pictures of her son everywhere “above altars, on the walls / of salons and service stations / from chains around the necks / of pimply clerks who bag her bread / with melons, reminding her / to have a nice day”—and over the course of the book, she thinks more and more about Mary as a real human being, rather than a vessel or a symbol. It all dovetails beautifully with the thread about one of Addie’s classmates—a girl who is extremely and vocally pro-life—and the idea that you never really know the entirety of what’s going on in another person’s head and heart.

On that note, I’ll leave you with this one:

‘Reduced to a Womb’

or fish or swim or play

and once lobbed one at

Maybe she hitched up her skirt

in the stream, let minnows kiss

Maybe she had a favorite song,

a mole on her chin, a secret dream

that, after a while, not even she