Author of A BETTER WORLD 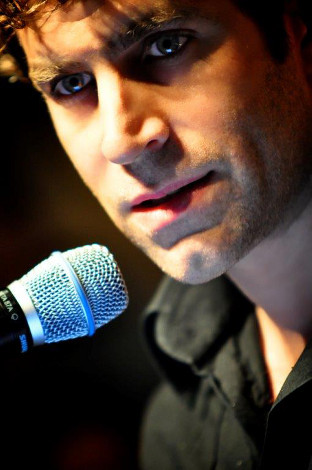 Simply put, Marcus Sakey’s Brilliance saga is awesome. The first novel in a new series, Brilliance is rapidly heading towards a big budget adaptation by Legendary Pictures, where Jared Leto and Noomi Rapace are slated to star in a feature penned by screenwriter David Koepp; production of the film begins in August.

For fans who can’t wait for more, Sakey returns this week with its sequel, A Better World. This near-future, hard science fiction series is a marvelous departure for Sakey, best known for straight-up crime novels like The Amateurs, Good People, and The Two Deaths of Daniel Hayes.

The Brilliance novels are set in a world where one percent of the population are born with gifts that range from pattern recognition to vector extrapolation—extraordinary abilities that threaten the status quo to the point where these “twists” or “abnorms” are demonized by society. In a Blade Runner-ish turn, the book’s hero is Nick Cooper, an agent for the Department of Analysis and Response whose job is to hunt down rogue abnorms—a special irony given that Cooper uses his own gift for predictive response to aid him in combat.

Now Sakey gets to have his The Empire Strikes Back moment with the sequel, A Better World. It finds Cooper facing off against bio-terrorist John Smith and a new faction, the Children of Darwin, not to mention an assassin who perceives time faster than his opponents. I tracked down Sakey at home in Chicago, where the author was more than happy to talk about the chaos he gleefully creates.

It began when the author’s wife earned a master’s degree in childhood development, exposing Sakey to the world of autism and other kids on the non-neurotypical spectrum. That concept bumped up against a Wired magazine article about savants with incredible talents but severe social issues.

“I started thinking about what these people would be like if you took away the negative aspects of their differences,” Sakey explains. “These are not superior people. They’re completely normal people for whom their gift is part of their personality. Being gifted in my world doesn’t mean anything except that you’ve developed some form of talent. What really broke it for me was thinking about the rest of the world. Instead of it being a typical trope where these guys are superheroes and there are a handful of them, this is happening everywhere. If one percent of the population is objectively better than us, where does that leave the rest of us? It’s the constraints that make the fiction meaningful. I can tell you definitively there will never be a Brilliance novel where someone can shoot lightning out of their fingertips.”

That grounded, real-world atmosphere lends itself to the creation of characters like Soren Johansen, an aberrant assassin whose “gift” is experiencing the passage of time much faster than normal humans. It’s a curse, but one that lends him all the time in the world to kill Nick Cooper.

“When I came up with the idea of a different perception of time, it served my purpose in needing someone who could take on Cooper,” Sakey explains. “Soren’s gift makes him very powerful but what does his life look like? How does he get through a day? One of the things I hope is true in these books is that none of the bad guys are truly villains in the classical sense. They’re just people with a distinctly different worldview who are willing to sacrifice a lot of other people to get there.”

All true, but I point out to his creator that Cooper also fits that description.

“Nick is not a nice guy,” Sakey admits. “He’s a perfectly respectable guy on the street. He’s not someone you need to be afraid of unless you’re crossing a line but he’s definitely not someone who is bound by the concepts of traditional morality. He came up through a world that was becoming increasingly fearful of people like him, and he doesn’t want that world to exist for either his gifted daughter or his normal son. He’s not sure what the better world will look like, but he’s pretty sure we don’t get there by setting off bombs and starting wars. He’s fighting on the side of the angels, but he’s doing it with brass knuckles and he’s happy to knock your teeth out.”

Elsewhere in the novel, two scientists, Dr. Abraham Couzen and Ethan Park, have synthesized a way not to cure abnorms, but to give normal humans the “brilliance” o

f the one percent, making them dangerous pawns in a war that is spinning out of control.

The Brilliance saga was conceived as a trilogy but as his invented world gets bigger and bigger, Sakey isn’t sure yet where it will all end. He’s also an early adopter of the new Kindle Worlds experiment, where both novice and experienced writers are allowed to craft short stories set in the Brilliance universe—already, popular writers like Neal Pollack and Kevin J. Anderson have contributed entries. Meanwhile, Sakey keeps driving Brilliance towards its horizon.

“I have a general goal toward which I’m going,” he says. “It’s a saga. It’s not just a series of things that happen. It is one big story and we’ll see how long it takes to tell it. If the world is going to survive this, it’s going to have to adapt and evolve beyond gifted and non-gifted. Everybody is going to have to be bigger in the end.”