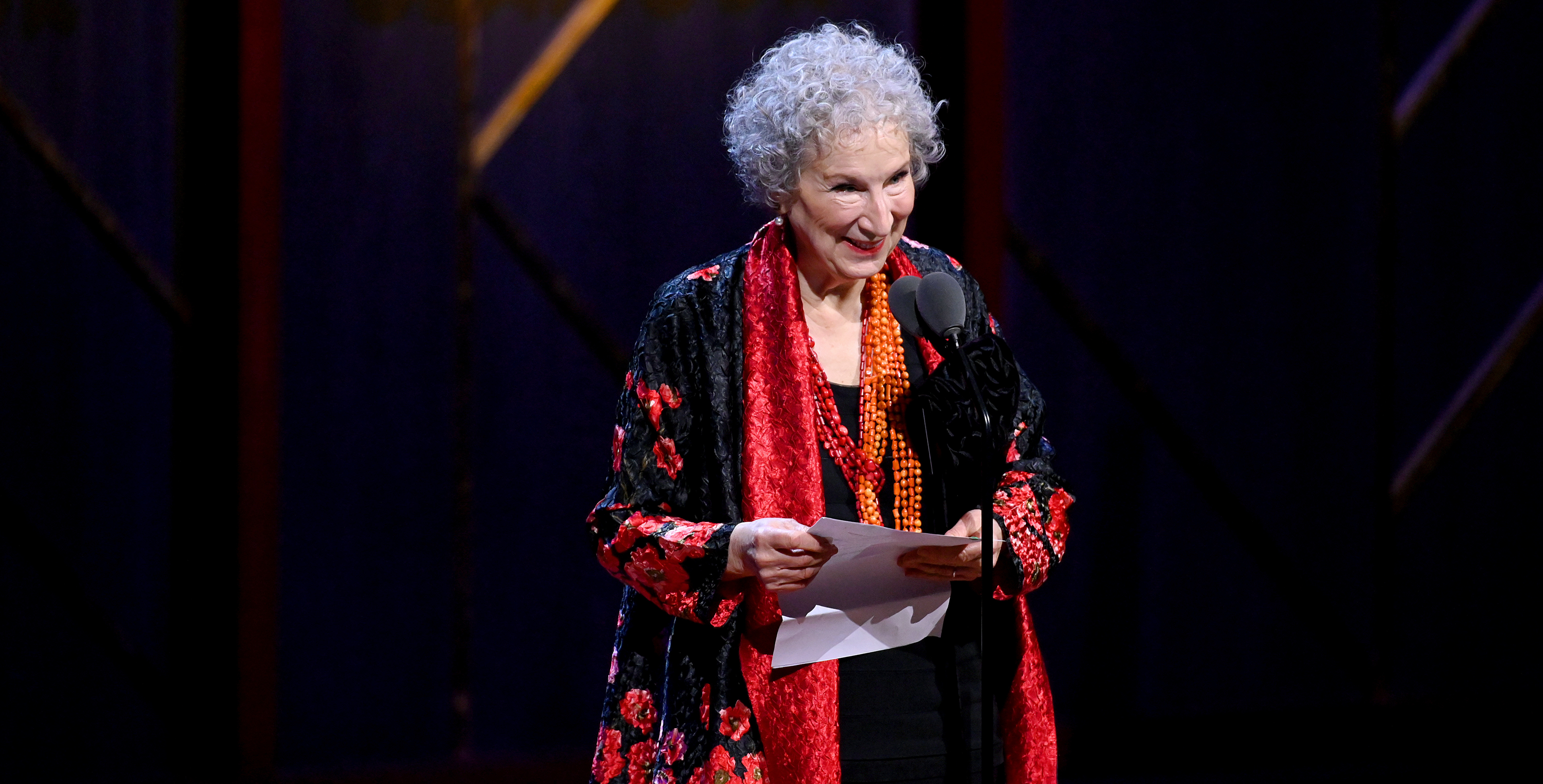 The Canadian author of The Handmaid’s Tale and The Testaments is using her time under quarantine for a project that only she could have come up with: a puppet show. Which will be accompanied by her reading of an Edgar Allan Poe short story.

The performance, which sounds bizarre and will likely be even more so, will air on Front Row Late, an arts-themed talk show on BBC Two, the U.K. broadcaster announced. There’s no word on whether it will ever air in the U.S., although Jessie Gaynor of Literary Hub is, like all of us book nerds in the States, really, really hoping it will.

Atwood teased some details of the performance on Twitter, writing that it will be produced by “me and my sister, and not [e]xactly a puppet show. It’s done with tableware.”

Scroll down for something strange coming from me.. actually me and my sister, and not Exactly a puppet show. It's done with tableware. Stay tuned...https://t.co/l4mAjGzPoB @wmarybeard

While you wait for a bootleg version of the performance, you might want to pick up some of the books Atwood has recommended for quarantine reading. The author told CBC Radio that she’s urging readers to pick up history books about worldwide catastrophes, including John Kelly’s The Great Mortalityand Barbara Tuchman’s A Distant Mirror.

“How awful was the 14th century? Very awful,” she said. “So you can feel a lot better about our present moment if you take a look at that.”

But Atwood realizes that you may want a laugh or two, in which case you should read Valerie Martin’s I Give It to You and Mona Awad’s Bunny. Who knows? Maybe one of those books will inspire you to make your own puppet show. With tableware.