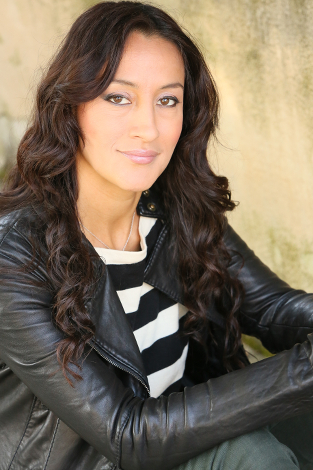 "When I was growing up, I always used to think, 'Why did we have to end up with this lunatic for a father?' " says Maria Venegas, author of the memoir Bulletproof Vest: A Ballad of an Outlaw and His Daughter. She refers to her father Jose, a man with a violent past who shot and killed several men. He abandoned his family when Venegas was a child, fled for Mexico, and rarely contacted his family for over a decade.

"He was a very complicated man," says Venegas of her often self-destructive father, with whom she reconnected in her 20s after a 14-year estrangement. "I set out to write a book about his life as a way to reconstruct his life and maybe understand him."

The book opens at the point of rupture. Venegas and her siblings woke to the sound of gunshots: Their father had just shot and killed their neighbor. "Even though it was proven to be self-defense, my father was out on bail and still had to appear before a judge for possession of an unregistered weapon," Venegas writes. But instead, Jose wore a bulletproof vest and his black cowboy hat and left Chicago for Mexico.

Although the Venegas family was rid of their volatile patriarch, he never truly left their lives. Because of the haunting impact her father continued to have on the family, Venegas wanted to craft the book in a way that intertwined the narrative of his life in Mexico and her life in the U.S. She wanted to explore the liminal space between her and her father and to shape the story like a novel.

She's careful to note about Bulletproof Vest, "it's not reporting; I'm not a journalist. But I really wanted to reconstruct the story as close to his truth and as close to my truth as possible."

For instance, she wrote a passage about a sexual assault that occurred when she was in high school. "The rape scene, that was something that I didn't necessarily think would be in the book." But she said of her troubled adolescence, "When the parent isn't there, bad things happen. So then it felt like that experience should be a part of the book."

Venegas spent about six years reconnecting with her father after so many years apart from him. Around the same time, she quit her job in the fashion industry to become an M.F.A. candidate in nonfiction writing at Hunter College. She then began to visit her father every summer on his ranch and Mexico and write about the stories her father told her. "I became empathetic toward him and grew to really love him," she acknowledges.

But during that period, he was kidnapped and held for ransom. Though he eventually emerged alive, Venegas says, "That was the beginning of the end for him. He had created so many enemies that he didn't trust anyone. I think that maybe if he had had an outlet for his passion or that violence, his life might have been different.”

Jose Venegas died in 2010, not from the gun violence that haunted his life but from a car accident.

His skull was crushed in the collision. Only six months before, Maria had landed the book deal to write the story of her and her father's lives. And only after the funeral did it dawn on Maria that he was really gone: "I was going to be flying back to New York to my apartment where I live alone to finish this book. And I suddenly got really scared.

"For the last three years while I was writing the book, I was in mourning. I cried every single day," she says. "But I didn't want those tears on the page." She says that, in death, she felt closer to him. "It almost felt like I walked into my apartment, and I wouldn't have been surprised if, when I hit the light switch, he had been sitting on the couch: 'So, kid, I hear we've got a book to write.' "

"For a lot of years, he was my best-kept secret," Venegas says. "I never talked about him, I never talked about the past." But as painful as her childhood was, Venegas recounts her and her father's life stories with an insight and clarity that recalls Alison Bechdel's Fun Home. An unsentimental yet empathetic narrator, her ballad for her outlaw father resounds on the page louder than the gunshots that haunted his life.

Grace Bello is a writer and editor based in Queens, New York. She is the Interviews Editor for Guernica. Her articles have appeared in The Atlantic, NBCNews.com, The New York Daily News and elsewhere. Her fiction has appeared in McSweeney’s and The Morning News. Follow her on Twitter.
MORE FEATURES
POPULAR KIRKUS STARS