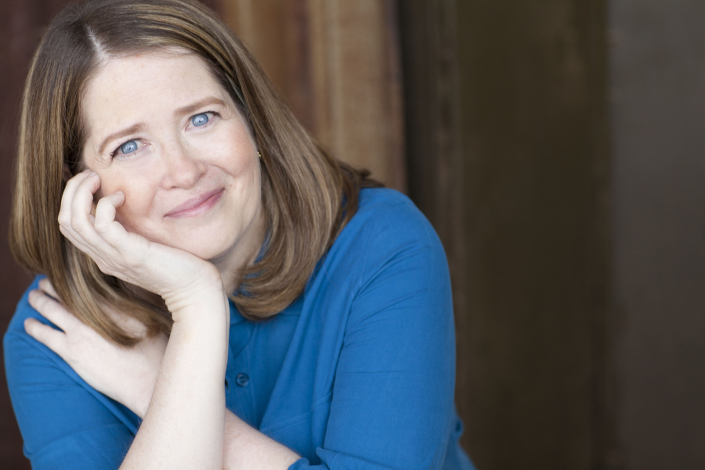 “Simple questions can change the course of your life,” says Marja Mills, a former Chicago Tribune journalist and staff Pulitzer Prize winner. Her editor once asked her, “Do you want to take a trip?” She said yes, “without knowing where this assignment might be. Imagine.”

That fateful trip was to Monroeville, Alabama, home of famously private literary icon Nelle Harper Lee. The author of To Kill a Mockingbird had barely given the time of day to a journalist for 42 years when Mills came to town. She’d been sent by The Tribune to get background for a story on Mockingbird’s selection as the inaugural choice for the Chicago Public Library Foundation’s “One Book, One Chicago” reading program.

Mills didn’t just get the story—she befriended Lee and her sister, nonagenarian attorney Alice Finch Lee, receiving unparalleled access to their cohort and eventual clearance to rent the home next door. (At the time, the sisters shared a Monroeville home part time; Nelle lived the rest of the year in New York City.) The Mockingbird Next Door: Life with Harper Lee is Mills’ memoir of those Monroeville days: of coffee dates, fishing trips and, above all, storytelling.

“That was really one of our favorite things to do, just share stories, wonderful stories of the characters that they remember in Monroeville, when it was a quite a bit smaller,” says Mills. “When listening to Nelle and to Alice, who’s such a wonderful storyteller in her own right, you did hear that voice that you read on the page. They just had this sparkle in their eye when they were talking about pretty simple day-to-day things—a kind of wry way of recounting that I recognized from the book.”

Why the Lees chose to honor Mills with their confidence seems evident. The Mockingbird Next Door is a reverent and respectful look of the late lives of two extraordinary women. (Two days ago, news broke that Harper Lee says that Mills' book was written without her cooperation.)

From the beginning, Mills set herself apart from other reporters who’d tried and failed to get close to Lee. “I wouldn’t have been sitting there [with Nelle] if I had included anything she had said was off the record in my newspaper article, or if I had pushed her to divulge things she felt were no one’s business,” Mills writes in the book. “Even the fact that I’d never asked her to autograph a copy of To Kill a Mockingbird for me factored in.”

Mills gets personal without prying, honoring requests that certain things remain off the record. “To [Nelle’s] credit, much of what she wanted off the record was to spare the feelings of a relative or a friend,” she writes. And while there’s some satisfying dirt on childhood friend and collaborator Truman Capote, Mills doesn’t sensationalize Nelle’s decision to let her legacy stand at one novel. “[R]ather than a grand decision, the shape of her life was dictated by a series of small choices made at different points along the way. For many years, she thought there might be a second book,” she writes.

The biggest surprise of The Mockingbird Next Door may be Alice, who vetted Mills before connecting her with her famous sister. Still working most days at the law practice their father founded, Alice is the grounded counterpart to her peripatetic younger sister, but no less interesting for having done most of her traveling not by visiting far-off places, but by reading about them.

“Friends in Monroeville will say that Alice is every bit as interesting as Nelle Harper. Nelle calls Alice ‘Atticus in a skirt,’ and that tells you a lot both about the life Alice led, but also why I think she’ll be so interesting for Mockingbird fans [to learn about],” Mills says. “Nelle brought the world of their father, A.C. Lee, who was the inspiration for Atticus, to life for millions of readers. Alice lived it.”

Even though Monroeville life has sped since the days of A.C. Lee, it’s still a considerably more leisurely pace than in Chicago. Mills’s ability to adapt—her patience—may be the key to why the Lees let her into their lives.

“When I asked Tom Butts, the Methodist minister [and Lee family friend], about it, he said, ‘You let the river run,’ meaning things were able to take their own pace. As a journalist, you don’t usually have anything approaching the time to have something like that happen,” says Mills, whose editors granted her the ability to stay on and study, long before she temporarily relocated to Alabama.

She had the time at the right time. When they met, Nelle was spry and in her seventies. Today she’s 88 and consigned to an Alabama assisted living facility after suffering a stroke. Alice is 102. Clarity about their lives has once again receded: A 2011 piece in the New York Times disputed whether Mills had the sisters’ blessing to write the memoir, despite her possession of a letter of support signed by Alice. Nelle brought a lawsuit against the Monroeville County Heritage Museum, alleging illegal profiting off of Mockingbird merchandise, that was settled in June 2014.

There’s no disputing the fact that Mills experienced something unprecedented, from the moment Alice Lee unexpectedly opened the door and invited her in. The gift of that time, of the Lee sisters’ friendship, is what she hopes to share with readers.

“What I wanted to do was be faithful to the experience I had with them, so that’s where I’ve put my focus,” she says. “This is a book that focuses on the period of time when I was next door and the years leading up to that—in that sense, the scope is a little narrower. I liked the opportunity to really look at their day-to-day lives, to know them in that context, and I hope that people get a sense of them in that context. I feel like they gave me this remarkable gift, and I would just like to pass it along.”