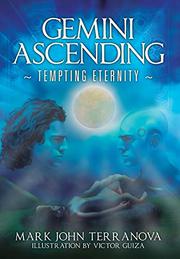 In the dedication at the beginning of Tempting Eternity, the second volume of Mark John Terranova’s Gemini Ascending fantasy series, the author asks readers to remember those who’ve been killed by senseless gun violence in the United States and “to diligently press for change, no matter how long it takes.” It’s a heartfelt call to action and a fitting introduction to the novel, which explores themes of mortality and freedom and asks, among other questions: What responsibilities come with being alive?

“I’m trying to bring, in this book, a message of hope,” says the author, who notes that he seeks to “bring problems out in an interesting manner and give people some little push to go forward the next day.”

In the novel, James Montgomery is on the arduous path to becoming immortal. He’s traveling to Malaysia with his family to overcome mentally and physically exhausting obstacles that, if he survives them, will enable him to move to the next phase of immortality. Across the globe in Pennsylvania, John Parella Jr. is undergoing psychotherapy to understand the voices in his head. His doctors, Katherine Duhring and Peter Amello, soon discover that he isn’t imaging those voices; they’re those of people in an alternate world—which may be the only refuge when six immortals throw Earth into an apocalypse, with Montgomery playing a role. Orchestrating all of this action is Dr. Adolphus Junger, who acts as the universe’s “keeper” and claims to be pulling strings for the betterment of humanity.

Kirkus writes that Terranova “triumphantly fuses fantasy with real-world relationships,” and, indeed, the novel’s interpersonal interactions are what ground it in reality. For example, Montgomery’s wife, SuiLeng, grapples with how her husband changes during the process to achieve immortality. Duhring questions the motives of Junger when he proposes marriage and wonders whether she has any agency to accept it. Although the universe Terranova creates is immense, the human associations within it are familiar, well-depicted, and often provide welcome moments of levity amid the action.

“To make this story real, I had to bring in real-world relationships,” Terranova says. “I didn’t want a fantasy world where the interactions between people weren’t real or current.” For instance, when both Montgomery and Junger have the opportunity to provide some measure of immortality to their female partners, Terranova adeptly addresses questions of freedom and gender roles in the couples’ conversations, which remain relatable in tone, if not in subject.

Just as those pairs discuss what it means to live—and what it would mean to live forever—Terranova uses Tempting Eternity’s plot to meditate on life and its purpose, as when one character explains to another:

The Earth was never valued for its technology; other planets in this quadrant of the Universe have far exceeded the Earth in technological innovation, and they have progressed well beyond the Earth’s present state of affairs, already resolving troubling social issues on their planets. Life on Earth, in this Universe, wasn’t created for a haphazard existence. There is a much grander purpose in play here, which the people on Earth must discover.

That belief—“that there is purpose in our existence”—came to Terranova during his years of research. He’s currently the director of advanced energy at Motorola Solutions, and he holds degrees in chemistry and chemical engineering from the University of Florida as well as an MBA from Northwestern University’s Kellogg School of Management. And his interest in history and his global travels not only provide color to the scenes and settings in the Gemini Ascending series, but also perspective for its messages.“The more I studied science, the more I read articles, the more I learned about things, it developed in my framework that there is purpose in our existence,” Terranova says.

There is also a deadline to figure out that purpose in the novel. At the precipice of Armageddon, Junger sends a message to the world’s heads of state: “I suggest that you try working TOGETHER for once, in an honest, earnest manner. You are running out of time.”

This frustration is born directly out of Terranova’s own impatience with current policymakers who, he believes, do little in the face of events that threaten people’s rights to life, liberty, and happiness—such as climate change, regional wars, and growing nationalism: “I didn’t want to hammer that,” he says, “but we do have to come together and address these things to survive.”

Terranova does just enough to keep the reader engaged in this multilayered, richly imagined fictional world. He says that trimming down explanations of plot points was the hardest part of the editing process, but it’s clear that the author has a lucid vision of his Gemini Ascending universe. His engaging, concise prose not only keeps readers in the loop, but also provides moments that will linger in their minds. There’s room for beauty in this universe, which often feels shadowed by dark clouds, and Terranova injects poetry into the prose at key moments. His first published work, in fact, was a 2015 collection of poems, short stories, and prayers titled Dancing on Dewdrops.

The Chicago-based author and father of two plans to continue the Gemini Ascending series, and he says he has at least seven future volumes already laid out. Judging from the wild state of the real-life Earth at the turn of the decade, Terranova will likely have a lot of material from which to draw.

Matt Cortina is a journalist in Boulder, Colorado. View his work at www.matthewcortina.com.