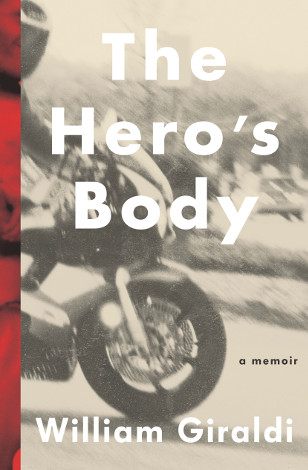 Unlike some of my colleagues in the world of nonfiction, I love memoirs. Sure, there are far too many published every year, and many don’t justify the cover price (the same could be said for novels), but a well-told, unique personal story is something to be treasured. This August, I want to highlight a trio of memoirs:

William Giraldi’s The Hero’s Body: I’m a big fan of Giraldi’s novels, Busy Monsters and Hold the Dark, and his memoir doesn’t disappoint. As we noted, “Giraldi provides a respectful homage to his father, who died ‘attempting to be worthy of an ancient code,’ but he also pays tribute to the working-class male and the unspoken codes of machismo.” For readers who—like me—loved Andre Dubus III’s Townie, Giraldi delivers the goods in a book our starred review called a “hearty, bittersweet familial chronicle of masculinity drawing on the underappreciated bond between fathers and sons.

Terry McDonell’s The Accidental Life: During his illustrious career, McDonell has served as the editor of Rolling Stone, Esquire, and Sports Illustrated, so you know he has plenty of interesting stories and opinions about a wide variety of significant cultural figures.

He also teamed with Grove/Atlantic head Morgan Entrekin to found LitHub, one of the best new literary sites. We called his book a “wide-ranging, smart, and witty collection testifying to an impressive career.”

Nadja Spiegelman’s I’m Supposed to Protect You from All This: When you’re the daughter of New Yorker art director Françoise Mouly and Maus creator Art Spiegelman, artistic talent certainly runs in your blood. In her debut, Spiegelman makes the most of it, providing a “fascinating, gracefully written glimpse into the complexities of family life, full of secrets, hidden wounds, and survival tips.”  Eric Liebetrau is the nonfiction and managing editor.