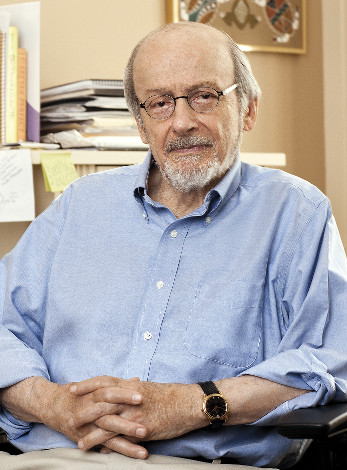 When Edgar Lawrence Doctorow came of age as a writer in the 1950s, it was a dawning fashion to blend fact and fiction in roughly equal measure, the way of novelists such as Vance Bourjaily, James Jones, and Norman Mailer and many more who would follow, emotionally and psychologically imaginative but careful not to stray too far from the known record.

Doctorow took the work in a slightly different direction: he found in history, whether in monographs or in memory, the stuff from which alternate versions could be shaped, and never mind if the stories he told departed from the received version. The strategy worked, even if historians and reviewers sometimes cried foul, for Doctorow’s many novels, leftist in outlook and sometimes covertly autobiographical, mark some of the best writing of their time: Welcome to Hard Times. World’s Fair. Billy Bathgate.

A child of the Depression and from the earliest days an omnivorous reader, Doctorow didn’t set out to be a writer at first. Instead, he aspired to act, sharing the stage in one school production with a young Paul Newman. A stint in the army cut short that ambition. Afterward, he worked as an assistant story editor for a movie production company, and eventually as an editor and executive in a New York publishing house. He lasted there until the late 1960s, when he headed to the West Coast and set to work making his own record of the past—and a brilliant career as well. He became a writer indeed, and, even from that far distance, a writer deeply associated with New York, whether the late Gilded Age city of Ragtime or the paranoiac streets of the novel that may be Doctorow’s best and most completely realized, The Book of Daniel, the book with which he announced his golden age of the early 1970s.

He labored for years over many of his books, and he courted controversy even as he wrestled stories from the Rosenberg spy case, the lives of the 1 percenters of old, the building of the Brooklyn Bridge. As he said in a Paris Review interview with George Plimpton, “to be irreverent to myth, to play with it, let in some light and air, to try to combust it back into history, is to risk being seen as someone who distorts truth.” But also, he knew, someone who could locate truth in the stories of past and present, tease it out from the textbooks and newspaper accounts and hold it up to the light.

“I’ve always responded to the history of my times,” says the eponymous protagonist of Doctorow’s last novel, Andrew’s Brain (2014). That is certainly true of Doctorow as well as of his neuroscientist narrator, who in any event is also aware that history is a kind of storytelling—for the brain, once aware of itself, cannot help but tell tales, drawing on the strange things it has hoarded, regardless of how strictly factual they might be.

It is small wonder that the novel preceding Andrew’s Brain was another curious piece of history-cum-fiction, Homer and Langley, about the two brothers who died, in the 1940s, in the middle of a Manhattan townhouse grown squalid and dangerous from an outsider’s eye, but that offered a kind of paradise to the brothers who lived within it among mountains of rubbish, newspapers, and other aggregations. Unlike other of his books, carefully researched and thought through, Homer and Langley sprang from the Wunderkammer of Doctorow’s memory six decades and more after the events he describes.

The beholder’s eye is a curious thing, capable of wonder and mischief alike in response to the things it sees. E. L. Doctorow, a master teller of tales, knew that tangled territory well. He enriched our literature in the bargain, and for that we owe him thanks—and more time with his books.