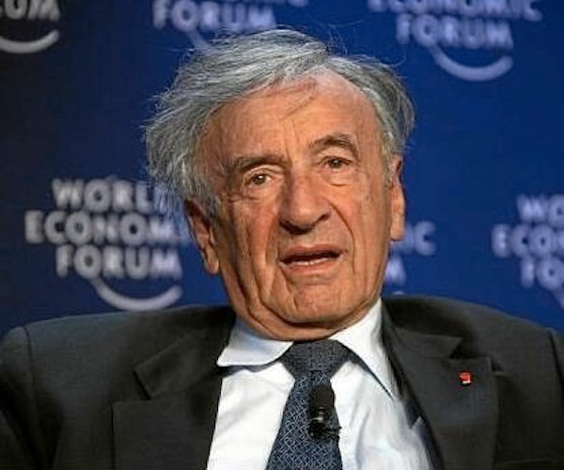 “My life is made up of stories that I can tell in many different ways.” So said Elie Wiesel, the Nobel Prize–winning memoirist and novelist, in conversation with Kirkus Reviews in 2012. He had by then lived long past his own expectations, certainly long past the designs of his captors at Auschwitz and Buchenwald, where he learned first-hand just how far the human spirit can sink—and how it can survive against all the odds.

Born in a small Romanian town, Wiesel grew up in modest circumstances, though his parents saw to it that he received an education and had access to books and ideas, religious and secular alike. He was still a student when German soldiers rounded up the Jews of Sighet and sent them, trainload after trainload, to Auschwitz, reducing a population of 13,000 to a handful in months. Most died, including most of his own family. Driven nearly mad by deprivation, dulled to indifference at the fate of the endless columns of people who passed before his eyes and became smoke, Wiesel survived.

He did not speak or write of what he had witnessed for many years. But then, while working as a journalist, he had conversations with two influential men, the French novelist François Mauriac and the Jewish religious leader Menachem Schneerson, and the words came pouring out: at first a 900-page memoir in Yiddish, then a shortened version of it in French, published in 1955 as La Nuit. An English translation was published five years later, and Elie Wiesel emerged as one of the foremost literary witnesses of the Holocaust, his book a standard of a terrible genre.

Wiesel went on to publish some 50 books over a long career, most of them as a citizen of the United States, where he moved in 1955. He taught at several universities, including Yale and Columbia, and worked steadily on his own books while helping establish, in a project that took many years, the United States Holocaust Memorial Museum in Washington. For all his work, he was honored in 1986 with the Nobel Prize in literature.

Elie Wiesel remained a witness in the years after. His later work just as much as his early books was devoted to the defense of human dignity against the mute evil of the state. His last novel, Hostage, published in 2012, conjured up the all-too-modern scenario of a terrorist cell working in the shadow of the Twin Towers long before they fell. Though very different from his other novels, Hostage shared themes with his earlier body of work. As he remarked in conversation with Kirkus, “Each time, of course, my protagonist, the main protagonist, is Jewish, because I’m Jewish. I believe that the more personal the protagonist, the more general, the more universal the implications. Which means the more Jewish I am, the more universal the message.” The message, in every book Elie Wiesel wrote, was always the same: Humans choose their own destinies, for good or ill. “The choice is there,” Wiesel said. “Ultimately, this is the question of the human community and of human destiny. That choice is always ours.”

“Never shall I forget these things, even if I am condemned to live as long as God himself,” Wiesel once said. He died in New York on July 2, 2016, at the age of 87. May he never be forgotten.