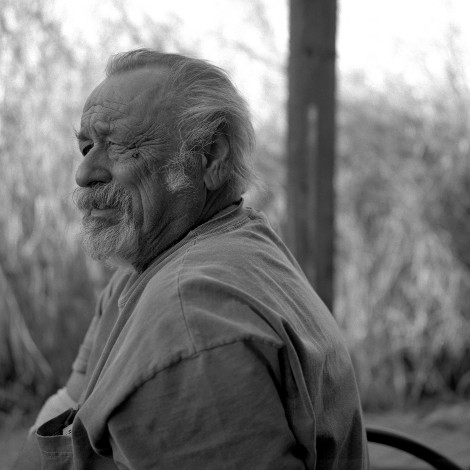 The first time I met Jim Harrison, some 35 years ago, he quoted from the poetry of Sergei Yesenin and the Zen philosophy of Dogen Kigen, told an off-color coyote story from the northern Great Plains, told a still more off-color story relating to a stint as a visiting lecturer, and spoke admiringly of the technical details of a shotgun that he was thinking of buying. He then cooked up the best steak I have ever tasted, doused in an evocative chimichurri sauce that he had been shepherding over the years from one refrigerator to another, and proceeded to drink me, nearly 20 years his junior, under the table.

He did so on more than one occasion. At another gathering, this one featuring a singularly perfect rack of lamb and the company of writers Peter Matthiessen and Doug Peacock, he grinned wolfishly to say that his doctors had ordered him to stop drinking, by which he interpreted them to mean stop drinking distilled spirits. They had said nothing about wine, he said, lighting yet another cigarette. Ever the literalist, he proceeded to demolish several bottles, all the while running through large swaths of literary and cinematic history with anecdotes involving Joseph Brodsky, Hunter Thompson, Truman Capote, Margot Kidder, Jack Nicholson, and a host of other figures great and small.

The stories were brilliantly funny, and I wish I could remember all the details. As it is, I can still feel the pain of the hangovers. For Harrison—well, as it’s said in football, when you’re a pro, you play hurt. He was a man of enormous appetites for anything and everything: cooking and eating and drinking, yes, but also for books, nature, philosophy, back roads, art, the life of the mind. Those appetites, never left unsatisfied, took him around the world in quest of knowledge and experience—and always on his own dime, the reason, he said, that he wrote for film: the work involved dealing with some of the most unpleasant people on

the planet, he said, but it paid so well that it allowed him the pleasure of writing poetry on the side.

He wrote beautiful poems, to be sure, some of the best of our time, and a few—too few, really—books of memoir, and many novels and novellas, some of which are destined to be classics: Farmer, The Woman Lit by Fireflies, Legends of the Fall. He occupied that uneasiest of spaces: a literary writer who had achieved  commercial success and, with it, the expectation that the next book would be bigger than the last. It was a wearing proposition. He once said to me at a Book Expo in New York, gazing down on aisle after aisle of trade publishers, “Now I know how Christ felt among the moneychangers.” He said it with a smile, but meaningfully, then shook it off and went away to write—yes, the next successful book, one after the other, crafted in comfortable but modest homes in Montana, Arizona, and Michigan, all places far away from Gotham and Hollywood.

Ribald, blasphemous, boisterous: Jim Harrison was a bulldog of a man, determined to enjoy the best of life while he could. Some of the light went out of him, sadly, when his beloved wife, Linda, died last fall; as he told the New York Times in an interview published just last week, he found that it helped to read Antonio Machado, that most elegantly sad of Spanish poets. He was a little lonely, he told me when we last spoke, but with an endless list of books that he wanted to read and write. That great appetite again! Jim Harrison died yesterday, in Patagonia, Arizona, at the age of 78.