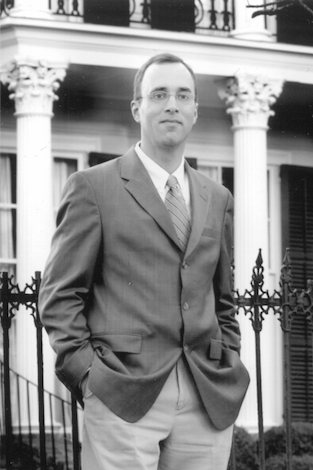 Any new legislation poised to dramatically alter the status quo is susceptible to a few beatings before it can be embraced by the constitution of a country. But today, social media allows for a more transparent engagement with all manner of opinion, and it is not as easy for propagandist sentiment to hijack the vox populi. In The Great New Orleans Kidnapping Case: Race, Law, and Justice in the Reconstruction Era, historian Michael A. Ross addresses the erstwhile vacuum and investigates the intricacy of racial attitudes by documenting a riveting case set in the Reconstruction era.

In 1870 New Orleans, two Afro-creole women were accused of kidnapping Mollie Digby, a child of Irish immigrants. The unprecedented amount of press and political attention the case received had much to do with its timing—under the governorship of Henry Warmoth, the recent empowerment of African-Americans in Louisiana bore intense scrutiny, making it one of the “most critical moments in American history.”

“The story had become so entangled with Reconstruction politics, that I realized that it had real historical significance,”Ross says. “In part, by demonstrating the way in which a kidnapping, which in a crime-filled city might have been just another Page 3 story, could be blown into something much larger by the fearsome politics of Reconstruction.”

By analyzing this case, which inexplicably slipped through the cracks, Ross augments the historical narrative on race with a sliver of hope, challenging the backlash against the Reconstruction movement. The push to enfranchise African-Americans via Reconstruction preceded the dark period of the Jim Crow laws and the Plessy vs. Ferguson ruling. “I think the story is full of moments of possibility that would make readers reconsider, ‘Was Reconstruction doomed to fail?’ ” Ross says.

The historian “stumbled across the story while researching a more traditional topic—the obstruction of Reconstruction in New Orleans by lawyers during that era.” Ross was hooked by the initial response, which linked the kidnapping to the purported African-American practice of voodoo sacrifice and was reflective of “the white reactionaries and their fevered imagination.”As he dug deeper, Ross’ findings were of a revisionist nature about a period that is mostly defined as being fraught with absolute prejudice.

In the book, Ross is fiercely critical of the biased press coverage of the case, particularly by Southern newspapers, which strove to highlight the shortcomings of Reconstruction. The author also notes the shift to “sensationalist tabloid journalism,”suggesting that the Digby case was the first kidnapping case to be cast in such an unrelenting spotlight. “Here is a story being sensationalized, not just to sell papers but toward a political end, which was to discredit the Reconstruction government of Louisiana,”he says.

The historian not only studies the real motivations of civilians, whom he believes “weren’t immediately opposed to [Reconstruction] despite the efforts of the press,”but teases out fine differences that are integral to understanding race relations. One of the main characters in the book is John Baptiste Jourdain, the “first black detective in American history,”who was tasked with solving the case. According to Ross, Jourdain’s inclusion in the force and his exemplary conduct spoke to the role Afro-creoles took on to elevate the status of their less-privileged kin, the slave-descendants in America. “It’s the presence of the Afro-creoles in New Orleans that I think makes it so important to Reconstruction, because here you had this educated, elite group that could put the lie to African-Americans.”Ross also delineates Mollie’s father’s Irish ancestry and initial hardship as an immigrant in America, and describes his cooperation with, and trust in, Jourdain, while searching for his daughter.

Another significant observation Ross makes, points to the emergence of the role of women in politics—many wealthy white women signed petitions demanding the Reconstruction government take swift action in solving the case. He states that this was, in some way, a precursor to the “long-standing idea in the 19th century where women took these moral issues in the family and turned them on their head, particularly in the first half of the 19th century where women led the reform movement, like temperance and prostitution.”

While Ross’ book is chock-full of these revelatory insights that serve to enlighten, in parts, it also reads like a detective thriller. “I am hoping to tell a story that will be of interest both to dyed-in-the-wool historians and people who like to read investigations and trials that unfold like fiction,”he says. Ross hopes his book introduces readers to the larger context of Reconstruction through the case. “We’ve had a national amnesia about what happened in Reconstruction for many people so yes, I attempted to write it in a way that felt like you are a detective in a sensational trial,” he says.

Neha Sharma is a writer and culture critic. Her work has appeared in publications like The Los Angeles Review of Books, the New York Observer, The Daily Beast, and Rolling Stone (India).